Mercedes-Benz EQA is on sale in the UK now, and Mercedes has confirmed that two versions of its all-electric compact SUV are available, with prices starting from £40,495 after the £3,000 government plug-in car grant. 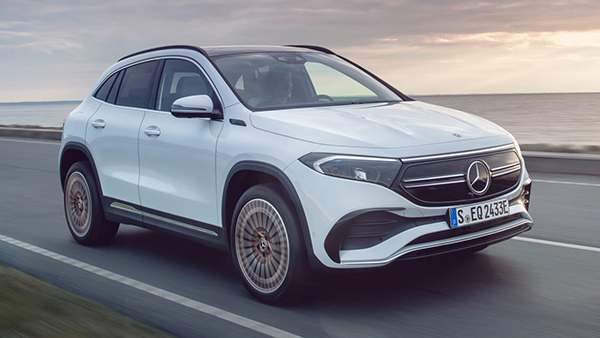 It’s the first premium electric crossover to come from Germany, as competitors from Audi and BMW are still years away from production. Mercedes has also managed to steal a march on the Tesla Model Y, which hasn’t yet landed on the continent. Mercedes hopes it will steal a march on its rivals by diving into the segment first.

From launch, Mercedes will only offer a single powertrain and battery combination, dubbed the EQA 250. The set-up comprises a 66.5kWh (useable) battery pack and a single electric motor mounted on the front axle, for a combined output of 188bhp and 375Nm of torque.

Mercedes says the EQA 250 will accelerate from 0-62mph in 8.9 seconds and hit a top speed of 99mph. The entry-level model will also have a maximum range of 263 miles, according to WLTP testing. 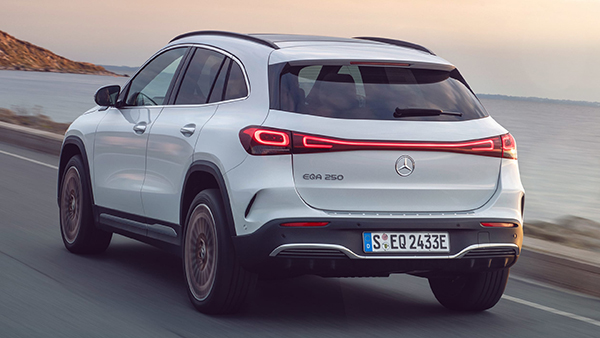 The EQA 250 AMG Line gets a sporty looking AMG bodykit and new-look 18-inch five-spoke wheels, while inside it gains AMG sports seats, aluminium dashboard trim, a sports steering wheel and aluminium pedals. However, beneath the sporty makeover, equipment levels and technical specifications remain exactly as you’ll find on the EQA 250 Sport.

AMG Line versions are available with several options packages though, including the £3,000 Premium Package. This adds a panoramic glass sunroof, 19-inch wheels and full keyless operation.

The Premium Plus package sits above this and is priced from £6,000. This includes the keyless go and panoramic sunroof, but adds 20-inch multi spoke diamond cut wheels, electronically controlled adaptive dampers, a 360-degree top down camera, a Burmeister sound system and a head-up-display. 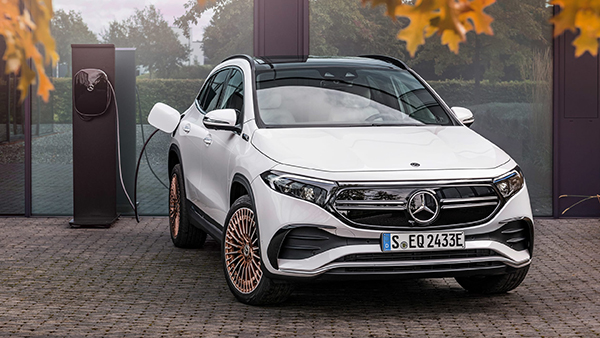 Both models are offered with an advanced driver assistance package with semi-autonomous driving functions (£1,495) and a tow bar with a towing stabilisation mode for the ESP too, priced from £750.

Those craving a little more performance shouldn’t worry, as Mercedes will soon expand the EQA’s line-up with a twin-motor, all-wheel drive variant. Final performance figures are yet to be confirmed, but the company has said it’ll generate “more than 200kW” (268bhp). The system will also have 500Nm of torque, offering a 0-62mph time of around five seconds.

Mercedes will also introduce a slightly more efficient model, with a maximum range of 310 miles. Unlike other manufacturers, though, the improved driving range is achieved with a handful of efficiency tweaks rather than fitting a bigger battery. As such, charge times are unlikely to differ from the standard car, taking 30 minutes to reach 80 per cent capacity using a 100kW rapid charging station.

Due to its size, the EQA is based on a modified version of the A-Class and GLA vehicle architecture. Despite its roots as a platform for combustion-engined cars, Mercedes has adapted the chassis to make space for an electric motor and a battery pack under the vehicle’s floor.

The GLA’s platform has been extensively strengthened to support the additional weight of the battery pack. The firm’s engineers added new cross members and a protective guard for the front of the battery pack to prevent it from being punctured in the event of an accident. 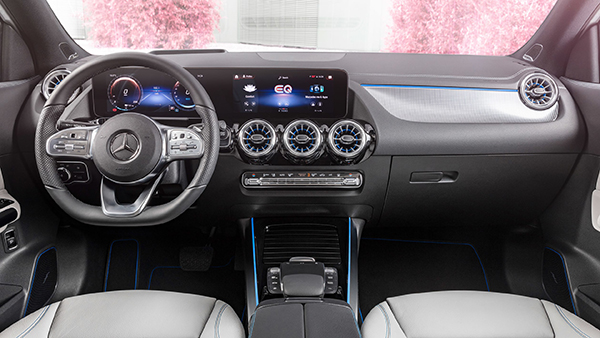 In an effort to squeeze the maximum possible range out of the car’s battery pack, Mercedes’s engineers have paid particular attention to the EQA’s shape. The sharper lines of the GLA and A-Class have been softened and the crossover’s frontal area has been made as smooth as possible in an effort to make the EQA cut through the air cleanly. The underside of the car is also completely enclosed by an undertray, resulting in a drag coefficient of just 0.28Cd.

Futuristic looks and clever aerodynamics aside, though, there are still some noticeable links to the rest of the brand’s production vehicles. Like the EQC, it features a pair of slimline LED headlamps and a similarly shaped blanked off radiator grille.