The all-electric Mercedes EQA is being pushed through the final stages of its development cycle, ahead of its launch at the end of this year. The finished production model will hit showrooms in early 2021. 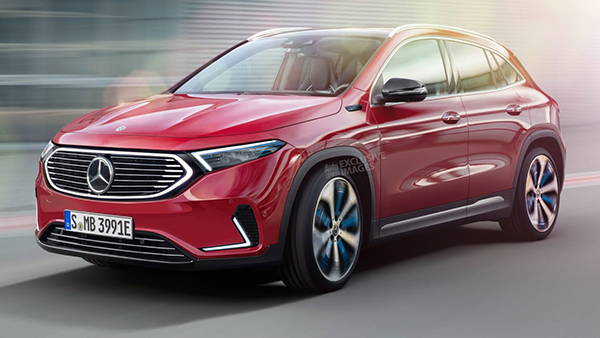 When it arrives, the EQA will be unique in the premium segment as the only fully electric compact crossover. Competitors from Audi and BMW are still years away from production – and the Tesla Model Y is still yet to make it onto UK shores – so Mercedes will hope to steal a march on its rivals by diving into the segment first.

New 2021 Mercedes EQA: design
Our exclusive images preview how the finished car will look. It will borrow a range of design cues from its larger sibling, the EQC, with similar thin LED headlamps, a blanked off radiator grille and aerodynamically efficient bumpers, which should help to eke every last mile of range from the electric crossover’s body.

The EQA was initially designed to be an A-Class sized hatchback, as shown by the Concept EQA from the 2017 Frankfurt Motor Show. However, Mercedes’s engineers have since shifted the car’s proportions towards that of a compact crossover.

The reasons for this decision are twofold. First, using a crossover as the basis for an electric vehicle provides more space to store the powertrain’s large battery cells without significantly impacting the car’s cabin and boot space.

Secondly (in what’s thought to have been a stronger argument for the brand’s drastic design change from the show car), Mercedes can charge a much higher premium for crossovers, which will help to offset the €10 billion investment the company has sunk into the EQ project. 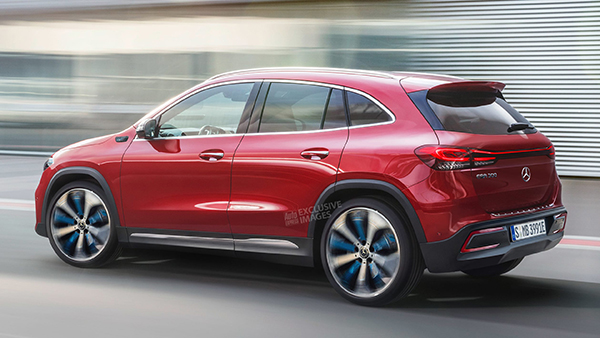 New 2021 Mercedes EQA: powertrain
Due to its size, the EQA will be based on a modified version of the platform currently used by the A-Class hatchback and GLA crossover. Despite having roots as a platform for combustion-engined cars, the underpinnings offer some flexibility, allowing Mercedes to fit an electric motor on each axle and up to a 60kWh battery pack along the chassis’ spine.

The electric powertrain’s total system output will vary depending on the size of the battery installed (which will also affect the EQA’s price), but Mercedes says the most powerful version will have more than 268bhp. There’ll also be more than 500Nm of torque available, which should give the crossover a 0–62mph of around five seconds.

Mercedes claims the EQA will have a real-world range of around 250 miles between charges. What’s more, the German company has previously stated that all of its future electric models will feature rapid-charging technology, which will allow 60 miles of range to be added in just 10 minutes.