This year should mark the all-out offensive of the Mercedes-EQ sub-brand, and the premium German automaker is looking to keep its word as it just announced the imminent arrival of the first new representative. This is probably the final teaser for the small EQA crossover ahead of its official unveiling, scheduled for January 20th, at 11 AM CET. 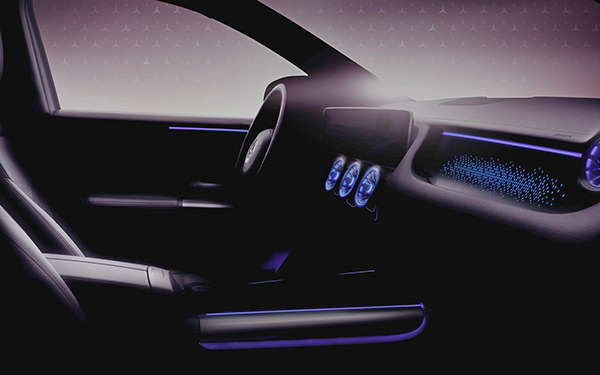 Mercedes-Benz is teasing the forthcoming EQA electric crossover once again, and this time the focus is on the cabin. The company also confirms that the model debuts Wednesday, January 20, ahead of going on sale in Europe in the spring. 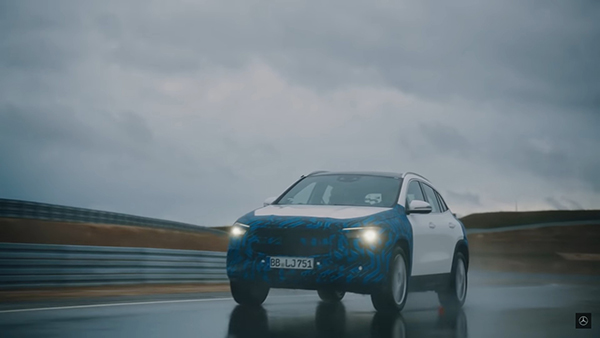 Mercedes isn’t discussing the EQA’s range yet. The concept for the model from 2017 was capable of 249 miles (400 kilometers) from a 60-kilowatt-hour battery pack.

Judging by the teaser image, the EQA has a minimalist cabin. There’s lots of dark upholstery with blue highlights. The center console has a screen on the upper portion and three illuminated HVAC vents below it. Mercedes confirms that the standard features include a navigation system with Electric Intelligence that calculates the fastest route to a destination while taking into account the available range and need to charge along the way. 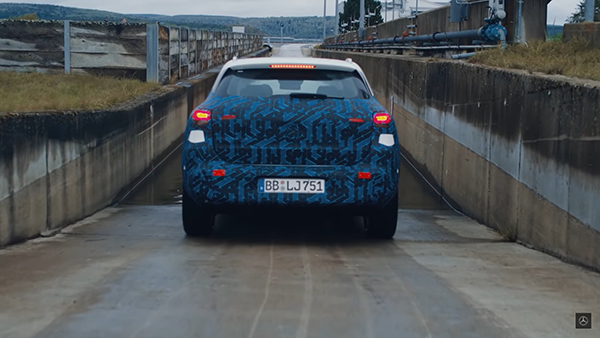 Spy shots already provide a very good idea about how the EQA looks. Like the other models in the EQ sub-brand, there’s a smoother front end with a closed-off grille. Skinny, horizontal headlights, and there are separated eyebrows above the lamps. The engineers barely bother to conceal the rear. There are relatively small taillights and a metal-trimmed lower fascia.

As an alternative to the EQA, Mercedes is also preparing the EQB. This model has a boxier exterior design that should also mean increased room in the cabin because of the flatter roof. The overall footprint would be about the same, though. The EQB should debut later in 2021.