Even though Mercedes-Benz has previewed the upcoming EQA electric model using a concept styled as a regular compact hatchback, it looks like the production version will be an electric crossover based on the current GLA, not the A-Class as it was initially expected. 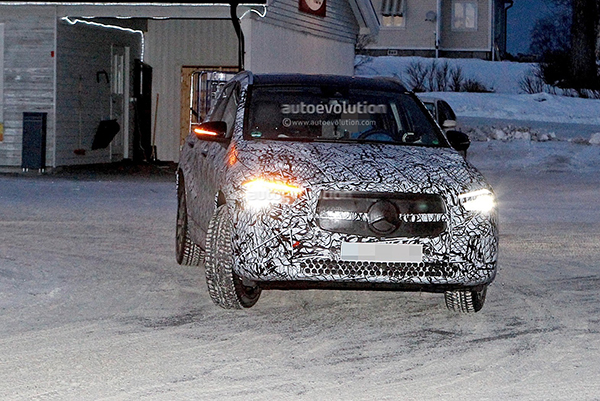 These spy photos of the 2022 Mercedes-Benz EQA depict a GLA-like pre-production prototype testing alongside a Tesla Model 3 somewhere near the Arctic Circle. 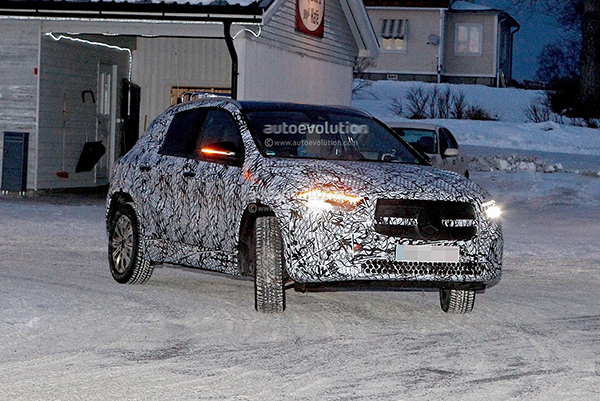 If at first you might be inclined to say that the car is simply a camouflaged GLA, look closer and notice the different engine grille. The rear is also slightly modified, with the model featuring a different trunk hatch, while the license plate sits a lot lower than on any other GLA. Morevover, the car emitted a distinct electric whirl and has no tailpipes. 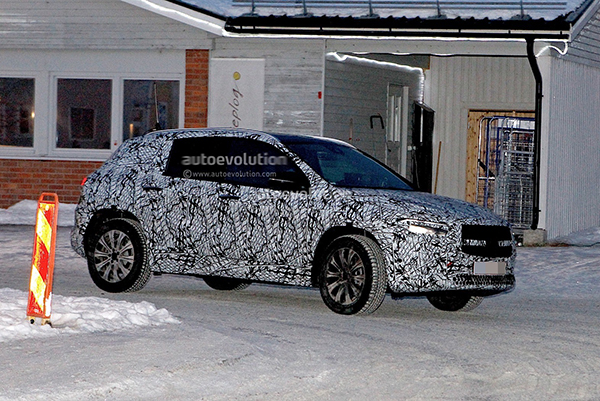 The Tesla Model 3 companion is obviously there for cold-weather assessment purposes, but it could also mean that Mercedes-Benz is benchmarking the EQA’s range against the American sedan. For reference, the Model 3 Standard Plus RWD has an EPA-rated 250 miles of range (402 km) from its 54 kWh battery, while the Long Range AWD version can go up to 322 miles (518 km) on a single charge thanks to a 75 kWh battery. 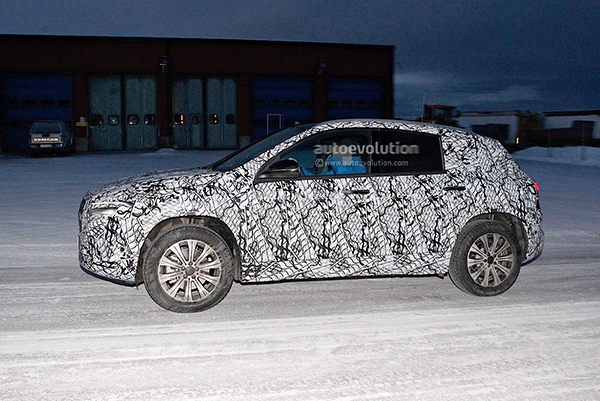 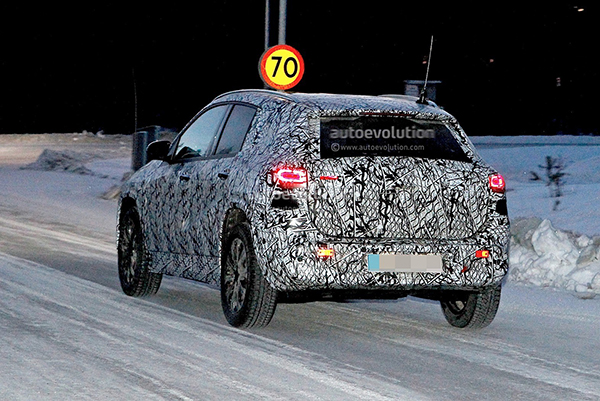 That was then and this is now, so the production version of the EQA should have a slightly better range than the concept when it goes on sale, despite being a lot less aerodynamic in the shape of a compact crossover derived from the GLA II.

Part of a 10-model onslaught that should be unveiled by 2022, the EQA and its EQB brother will be the smallest electric Mercedes-Benz production cars, meaning that they’ll also be somewhat affordable. No official pricing has been discussed yet, but judging from the EUR 71,281 starting price of the much-larger EQC, we can probably expect the EQA to start at right under EUR 40,000 or even lower if will also be available with a single motor.