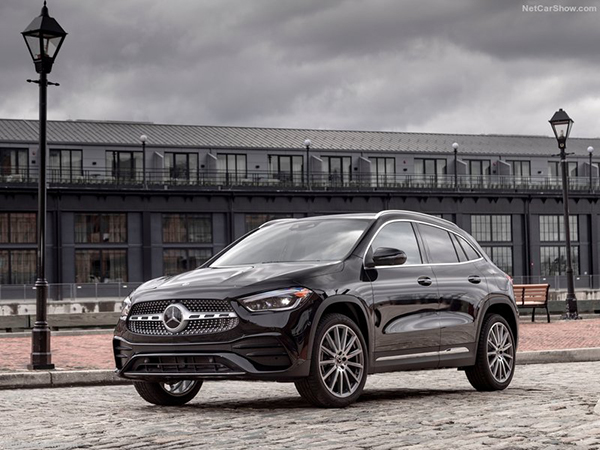 With its various propulsion concepts, the smallest Mercedes SUV shows that we live in a time of transition. Gasoline engines range from the GLA 180 with 136 HP to the tough AMG GLA 45 S 4Matic with 421 HP. The diesel range extends from GLA 180 d with 116 HP to GLA 220 d with 190 HP, which, like most versions (except for the GLA 180 d and GLA 250 e), comes with front-wheel drive or all-wheel drive.

The second generation of the compact SUV, launched at the end of 2019, is based on the MFA2 front-wheel drive platform, which is also used by A,B-Class, CLA and GLB. It is designed so flexibly that it is also suitable for alternative propulsions. The first representative of this species was the plug-in hybrid GLA 250 e with a power of 218 HP, launched in early 2020. Starting this year, the EQA 250 was available as the fourth propulsion variant. The smallest member of the EQ family, which now has five members, bears signs of electric propulsion but a look at the body and interior leaves no doubt that it is essentially a GLA, being also perceived as such.

The new GLA, with internal code H 247, sells very well. From January to July 2021, it managed to surpass the GLC bestseller with 44,177 units sold in Europe, compared to 43,879 GLC. The fact that the electrified versions mercedes GLA 250 e and Mercedes EQA 250 are becoming more and more appreciated is not only due to their original qualities, but especially to the support received from different governments in Europe.

If we take into account the prices without bonuses, the GLA versions in the test range between 45 and 46,000 euros, and the EQA electric is the most expensive, with over 47,000. But with the bonuses from Germany (7,178 euro for GLA 250 e and 9,570 euro for EQA 250), the two eco versions become thousands of euros cheaper than their conventional siblings, and in some cases, depending on the distance traveled, the costs running costs are lower than gasoline or diesel. From these, we chose popular engines for this test, namely GLA 220 d 4Matic and GLA 250 4Matic.

Mercedes EQA 250
You are delighted as soon as you get behind the wheel of the smallest Mercedes electric model, because the silent delivery of power and the fast acceleration are always fascinating. With 8.3 seconds for the sprint from 0 to 100 km/h, Mercedes EQA is the slowest of the four models in the test, but the torque is enough even for overtaking on national roads.

The fact that the maximum speed is limited to 160 km/h and the range (at summer temperatures 412 km, in the test 308 km) decreases with lightning speed if driving sportily can be a problem for those who drive at higher speeds and travel many kilometers on the highway.

But Mercedes EQA 250 is not meant for that. On the other hand, it is excellent for commuting and for moderate daily mileage, in which case it does not matter that it is charged at fast DC stations with only up to 100 kW.

Other disadvantages compared to heat engines? Yes, the comfort of the seat is not as good, the passengers having to sit with their knees bent due to the higher floor, under which is the 66.5 kWh battery, the rear bench is no longer sliding even in option, the trunk volume has been reduced to 340 liters, and the towable load is only 750 kg.

Mercedes GLA 220 d 4Matic
After a day at the wheel of the GLA 220 d 4Matic, you understand even less than before why diesel is considered endangered. Yes, it is true that diesel is not the quietest representative of this quartet, but the annoying sound as if you dropped a bag of nails on the asphalt appears only when you accelerate hard, and not at a constant speed, which can reach over 200 km/h.

And it is wonderful how the diesel manages to combine a strong torque at low speeds with a low consumption and emissions (7 l/100 km, respectively 147 g/ km CO2). It goes without saying that, thanks to modern depollution systems, the exhaust gases are cleaner than ever in the history of diesel engine.

Thanks to all-wheel drive, GLA 220 d 4Matic has no traction problems or excessive traction influences in the pleasant direction, and from this point of view, it is ahead of EQA 250 and GLA 250 e.

If you want to save more, choose front wheel drive version, which costs 2120 euros less. But it is less better equipped than EQA. 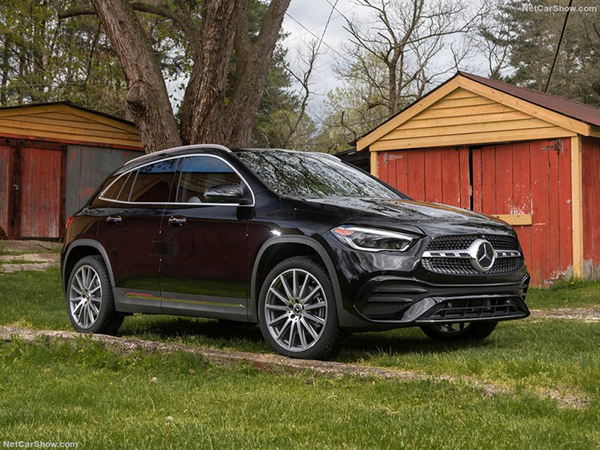 Mercedes GLA 250 4Matic
When switching from diesel to gasoline, everyone quickly recognizes the superiority of the dieseln engine. The GLA 250’s four-cylinder petrol turbo engine can’t compete with diesel’s thrust and, surprisingly, doesn’t work any better.

The 2-liter turbo engine of the GLA 250 can’t compete with the pushing force of diesel and surprisingly, it doesn’t work any more refined.

On average, 8.9 liters of gasoline pass through the injectors every 100 km, which is not a small amount. Instead, the 573 km range is decent. And this GLA is only available with automatic transmission. The eight-speed gearbox with double clutch is pleasant and offers precise and fast changes.

Mercedes GLA 250 e
Compared to EQA, the GLA 250 e has an electrified propulsion system grafted onto the normal body of the GLA. The plug-in hybrid is practical, being able to charge quickly at DC stations as well.

If you don’t have too many kilometers to go to job and back, you can travel with zero emissions. Up to 65 km are electrically possible and, given the 75 kW of power and 330 Nm of torque of the electric motor, the dynamics are decent.

But then the 1.33-liter turbo engine, developed with Renault, starts with a harsh and intense sound. The consumption in the test, of 7.8 l / 100 km, and the combined rangeof up to 513 km, are decent, but the comfort of the propulsion is not the expected one.

With a volume of 385 liters, the trunk is between the EQA and the conventional versions.

Verdict
With the bonuses offered, the Mercedes EQA shines not only because of the price and is ideal for all those who do not cover long distances on a regular basis. For those who need long journeys every day, the Mercedes GLA 220 d 4Matic diesel is the ideal solution because it offers good dynamics and low consumption.

GLA 250 e offers a decent electric range but the comfort offered by the propulsion is not great and the petrol engine of Mercedes GLA 250 4Matic has neither the refinement nor the efficiency of diesel.