Just about a year ago, Mercedes-Benz delayed the American launch of the EQC, its first purpose-designed electric car, until 2021. Over two months into the year, Autoblog learned that the battery-powered crossover’s launch has been canceled. 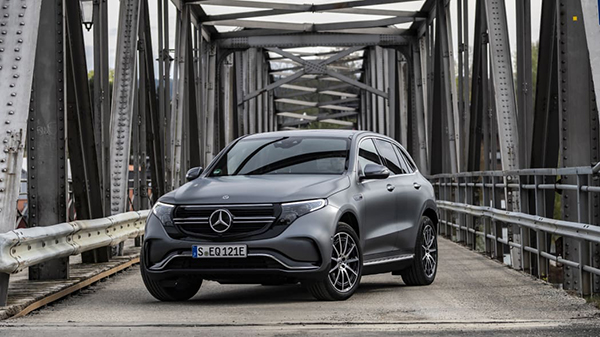 “Following a comprehensive review of market developments, the EQC will not be offered in the United States for now,” a company spokesperson told us. The statement suggests the model could make its way here later on. It was developed with American regulations in mind, so bringing it here would be a relatively simple task.

The decision not to sell the EQC on our shores is slightly surprising, because the company had high hopes for the model. It priced it at $68,895 including a $995 destination charge, a figure which positioned the EV near the bottom of its segment’s price bracket. Mercedes-Benz even detailed the three trim levels it planned to offer here.

Had it gone on sale, its rivals would have included the Audi E-Tron, the Jaguar I-Pace, and the Tesla Model X. Tellingly, arch rival BMW also chose not to sell its entry into the segment, the iX3, in America.

The representative we spoke to added that the next electric car Mercedes-Benz will launch in our market is the EQS, a luxurious sedan which will be positioned as a green alternative to the new S-Class. It will make its debut online in the coming weeks, and it will land in showrooms in the fall of 2021 as a 2022 model.

We’ve reached out to Mercedes-Benz for more information about its electric vehicle rollout plans and will update this story with any additional news we can glean.