Mercedes-Benz has learned a lot of lessons since the introduction of the EQC, many of which have been applied to the EQA. As far as electric cars using converted combustion engine platforms go, it’s a more refined effort for this more affordable entry point into electric Mercedes ownership. But even the best conversion can’t be as good as an electric vehicle on a dedicated EV platform – we’ll have to wait for Mercedes to do that for the first time until the luxury EQS arrives later this year. 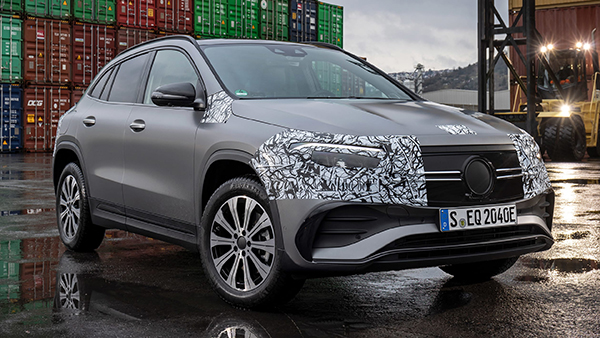 Before Mercedes sends a challenge to the Porsche Taycan and Tesla Model X with the luxurious EQS saloon and its SUV-spinoff, the EQA arrives as the brand’s first compact electric car.

Approximately 4.5 metres in length, it’s a little smaller in size than the Volkswagen ID.4, but with prices set to start from over £40,000 it’s more of a Tesla Model Y rival. Despite that price, the EQA is supposed to be the first mass-market electric Mercedes.

Like its larger EQC sibling, the EQA doesn’t use a dedicated EV platform, instead it sits on a highly modified version of the MFA platform used under the GLA. And it’s that car that the EQA sits alongside in the line-up – while the initial EQA concept from 2016 was based on the A-Class hatchback, the actual EQA is a compact SUV. That could help it appeal to a wider customer base, but the raised floor also helps conceal the large battery pack mounted underneath.

Our prototype is a slightly camouflaged EQA 250 variant. It uses a 140 kW-motor (188bhp) on the front axle, and a battery around 70kWh in capacity is under the floor. The powertrain supplies enough energy for a claimed 261-mile range under the WLTP tests. 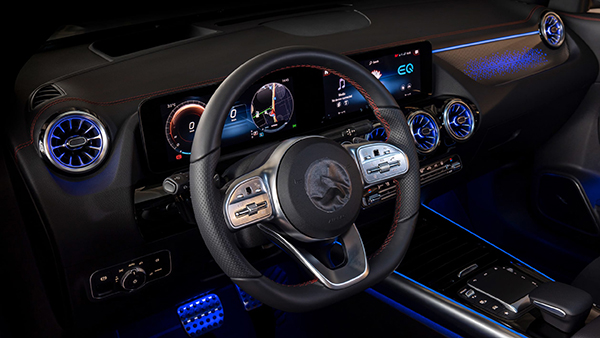 Though not officially confirmed, a more powerful twin-motor, four-wheel-drive EQA is also likely, as is a long range model with a maximum potential distance of over 300 miles. All EQA variants will be able to recharge at 100kW at an DC-outlet, so the hop from 10 to 80 per cent battery can take as little as half an hour from the correct plug.

The EQA is a sprinter off the line, and its compact size, good visibility and smooth, instant power delivery makes it a great compact premium SUV for city driving. It’s still pretty fast out on a country road too, but it starts feeling a bit short of breath on the motorway. Top speed is electronically muzzled to 99mph. 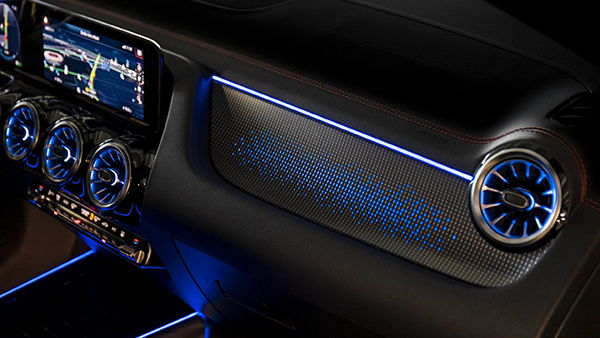 While acceleration feels like it’s on a similar level to the competition, Mercedes has taken a different approach for the brakes, with an enormous spread of energy recuperation settings for the driver to choose from. Five different modes can be toggled, selected with the paddles behind the steering wheel. Depending on your personal taste you can coast for miles and miles or unlock one pedal driving, with a good spread of in-between options – something rivals don’t really have.

The weight of the battery pack significantly lowers the centre of gravity, and compared to the GLA the EQA sticks to the road more effectively during sharp turns. But on the other hand, it weighs around two tonnes, and you can feel that, especially when braking. It does not offer the most engaging electric car experience, but it’s a very relaxing drive, with suspension that feels well judged for the EQA’s weight.

Mercedes has prioritised eliminating vibration and harshness from the powertrain, and build quality has been further optimized, with a greater emphasis on sound insulation.

Inside, space for people and luggage is similar to that in the GLA, with only one small disadvantage. The underfloor battery means that the sliding rear bench with an adjustable backrest is not available, so you’re not able to trade boot space for seating space. The EQA will be joined by a larger sibling soon though, in the form of the EQB – an electric alternative to the new GLB seven-seater.