The coronavirus pandemic forced Mercedes-Benz to postpone the premiere of the fully-electric EQA to 2021 despite the automaker’s plans for an earlier debut. Whether the global crisis has affected the development of the battery-powered crossover or not, we can’t tell but the Stuttgart-based company is still testing prototypes on public roads. The gallery below contains new photos of EQA trial cars spied in Germany. 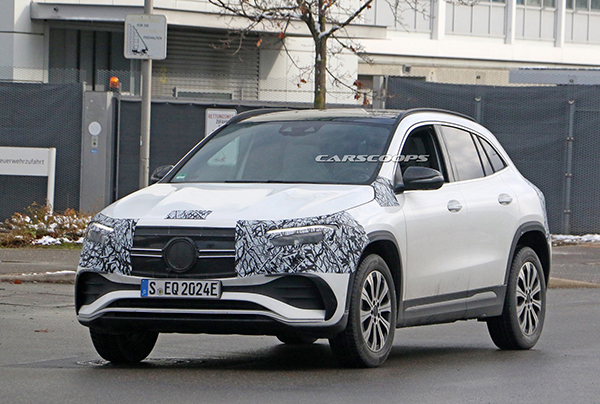 Obviously, the R&D work is almost done as Mercedes is not even bothering putting a heavy disguise anymore. Both the white and blue prototypes ride with a minimal amount of camouflage foil on the headlights and taillights. Needless to say, everything looks to be ready for production and we assume the test drivers and engineers of the brand are making some final adjustments to the powertrain, chassis, and steering. Last-minute software updates are also possible. 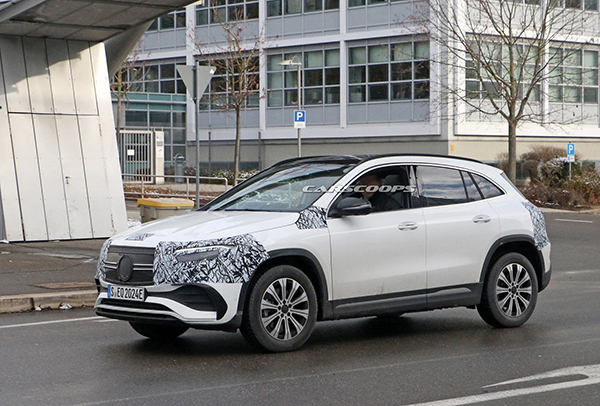 While everything on the outside is 99 percent visible, we don’t know much about what’s hiding underneath that sleek skin. Obviously, there’s going to be a battery pack and an electric motor powering the small crossover but we don’t know much about their specifications. If the EQA concept from 2017 is anything to go by, there might be a dual-motor system with a peak output of 268 horsepower (200 kilowatts) and 368 pound-feet (500 Newton-meters) of torque. This option looks perfectly likely but our assumption is that there will be more affordable single-motor versions as well. 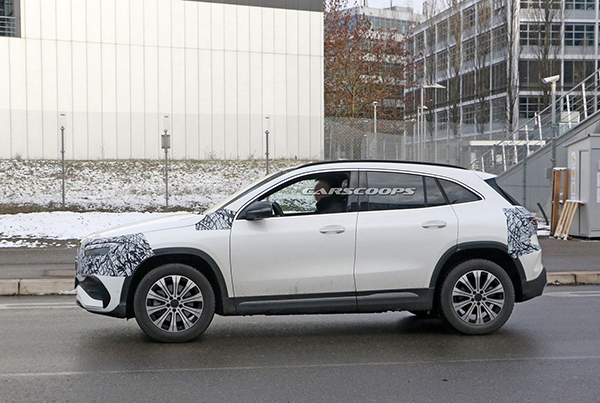 The concept had a 60-kWh lithium-ion battery for an estimated range of 249 miles (400 kilometers) It’s important to note that the study from 2017 took the form of a two-door crossover which could mean there might be significant changes under the hood in the transition to a production model. 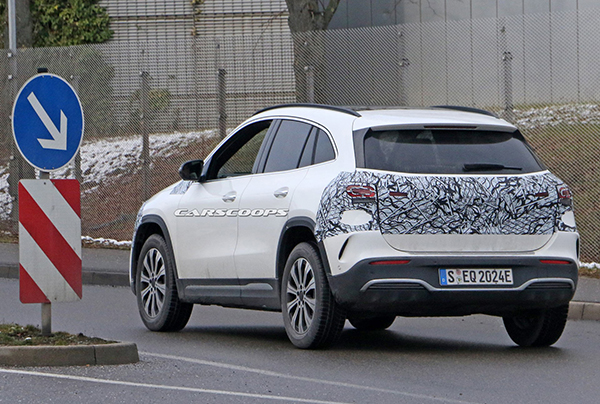 We expect to see the EQA in a few months if not weeks so stay tuned.