Alongside the equally stunning BMW 507 roadster, the Mercedes-Benz 300 SL, especially in its coupe form, proudly represents the epitome of the German car-making industry from the 1950s. 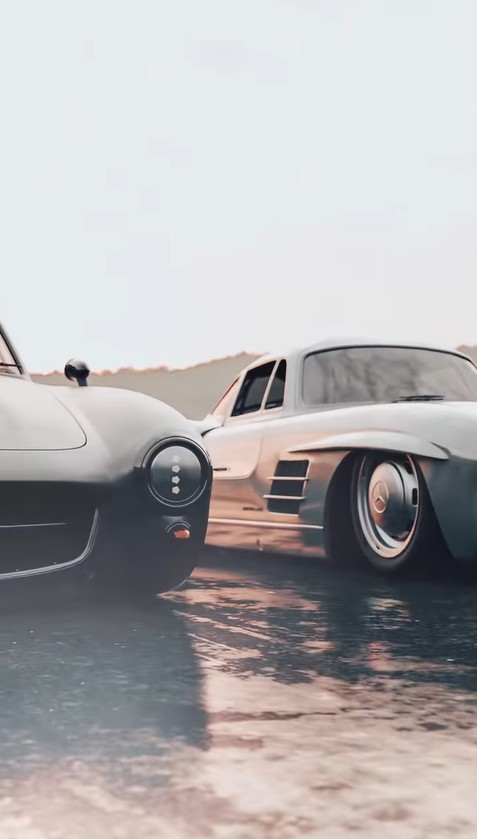 And, naturally, every original example can easily sell for millions at auctions. Remember, a 1955 Mercedes-Benz 300 SL Alloy Gullwing, heralded as the Holy Grail of the type was recently sold during Monterey Car Week by RM Sotheby’s experts for no less than $5 million. So, one can imagine the purist hype surrounding these marvels of automotive engineering. 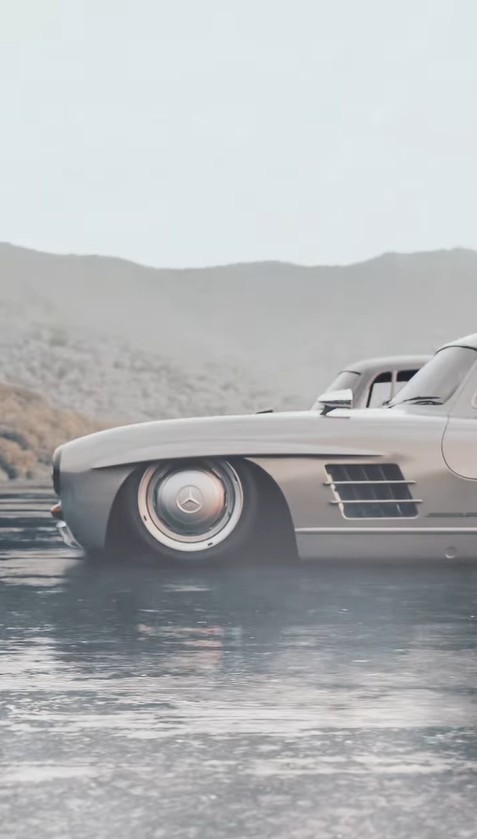 Alas, that has never stopped intrepid folk from at least imagining the different stuff you could do with them. For example, London, UK-based virtual artist Al Yasid, better known as al.yasid on social media, has been missing in CGI action for quite a while, only popping up here and then to present an older project or two. But now, finally, we have something new to talk about.

This is simply because the pixel master has yet another gorgeous idea done just to make sure purists look away while running amuck crying their outrage. And it does not involve just a Mercedes-Benz 300 SL Gullwing. Instead, it has to do with two digital build projects that met for a quick video reel at dawn. Or is it dusk? Oh, who knows! 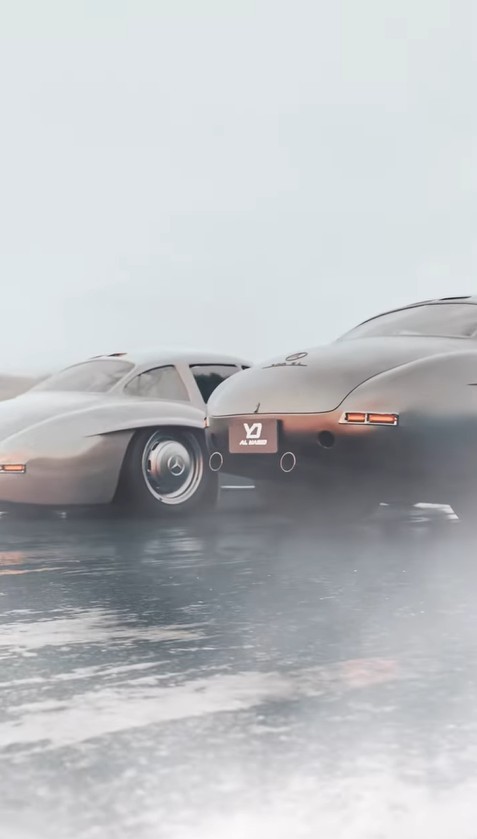 Anyway, seemingly lined up for a quick, imaginary drag race or just feeling the need to be venerated and admired, the 300 SLs could not be any more different in terms of atmosphere. On the left CGI side, we have a subtle, gray-colored Gullwing that rides lowered as close to the ground as possible to properly admire the sights. Meanwhile, to its right, there is a menacing, all-black (including the ‘steelies’) Satin Gullwing that probably only has dreams of quarter-mile dragstrip glory nowadays.

So, just like the author asked, which 300 SL is your CGI cup of tea? The gray, the black, or neither?