Brabus restored a Mercedes 300 SL used as a template by artist Andy Warhol for his Mercedes Cars series. The car was exhibited in the Mercedes Museum in Stuttgart, along with the corresponding work of art, until June 26, and will soon be on display at the Petersen Automotive Museum in Los Angeles. 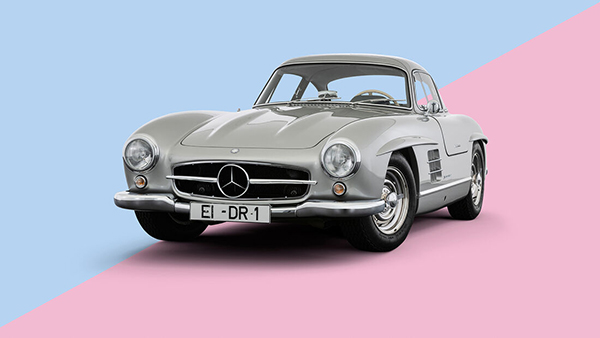 Andy Warhol was an American artist, director and film producer who became known through the art movement – a tendency or style in art with a specific common philosophy or goal, also known as pop art.

In the automotive industry, Andy Warhol’s name is primarily related to BMW. The BMW Art Car project was launched by French racing driver Herve Poulain who wanted to invite an artist to paint a car. 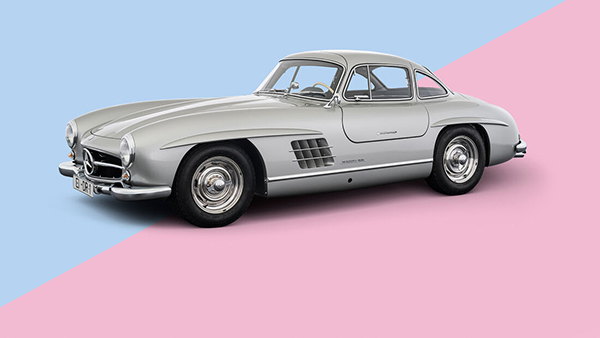 Thus, in 1975 Poulain commissioned the artist and his friend Alexander Calder to paint the first BMW Art car. It was a BMW 3.0 CSL with which Poulain was to compete in the 24-hour race at Le Mans in 1975.

A total of 19 BMW Art Cars were created based on both production cars and race cars by artists such as David Hockney, Roy Lichtenstein, Frank Stella and Andy Warhol. In 1979, Warhol painted a BMW M1 Group 4 in rainbow abstract colors. 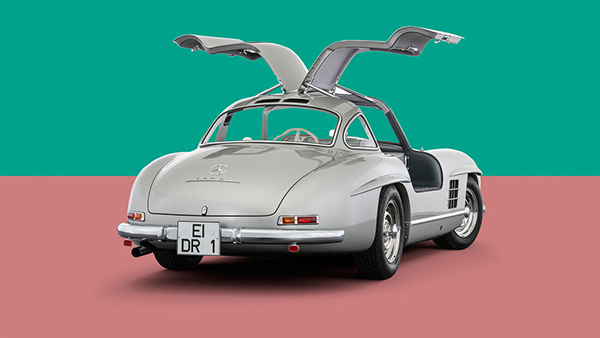 Few know that Warhol was also contacted by Mercedes in 1986. Mercedes wanted to make a Cars series with models from its range. Warhol was interested in the project and decided to use a Mercedes 300 SL as the first template. Brabus discovered and restored exactly this specimen and together with Warhol’s work of art it was exhibited for a few days in the Mercedes Museum in Stuttgart.

Mercedes wanted to present the Cars series on the occasion of the 100th anniversary of the invention of the car. The series was to feature 80 works with 20 Mercedes models, but Warhol died unexpectedly on February 22, 1987 due to complications after a gallbladder surgery. By then, he had managed to complete 36 photographs with eight models and 13 drawings – 30 of these images and the 13 drawings belong to the Mercedes-Benz Art Collection. The Mercedes 300 SL model restored by Brabus was the first car that Warhol used as a template for the Cars series. The registration number of the car is EI-DR 1. 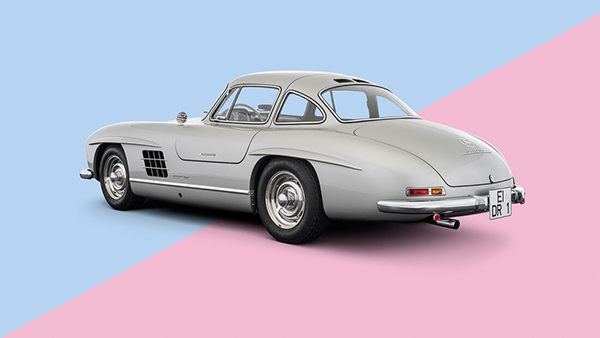 The car that served as Warhol’s template belonged in 1986 to a dentist in Kosching, a small town 8 km north of Ingolstadt. This could be learned because Warhol also immortalized the car’s registration number, which proved that the car belonged to the Eichstatt district. In 2020, the dentist died and his relatives decided to sell the car that reached the classic car dealer Axel Schuette, who also owned the Warhol works of art.

Brabus, who also deals with the restoration of Mercedes classic models, did not miss the opportunity and bought this 300 SL. Brabus then asked the Mercedes Classic division to verify the authenticity of the model. Mercedes has confirmed that it is an original model with chassis series 198.040-5500629.

Brabus has invested 4,500 hours in restoring the car. The car was brought in an air-conditioned container and exhibited at the Mercedes Museum in Stuttgart until June 26 along with Warhol’s drawings. This template car used by Warhol and his drawings has never been exhibited together. After the exhibition at the Mercedes Museum, the car will also travel in an air-conditioned container to the USA where it will be exhibited at the Petersen Automotive Museum until January 23, 2023.