It’s been 35 years since the legendary Andy Warhol, the leading figure in the visual art movement, passed on. However, his legacy lives on through his pop art, and through the original model of the Mercedes-Benz 300 SL Gullwing that he used as a model for his timeless “Cars” series. 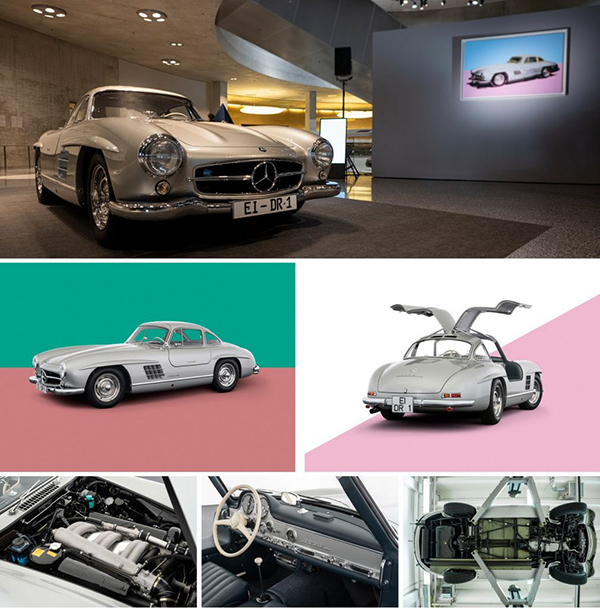 The “Cars” series was commissioned by then Daimler-Benz AG in 1986 to mark the centenary of the invention of the modern automobile by Karl Benz. It aims to showcase 80 pictures documenting the colorful history of the automobile from the Daimler Motorized Carriage and the Benz Patent-Motorwagen (Patent-Motorcar) in 1886 up to the cars available in 1986. Unfortunately, Warhol only completed a total of 36 paintings and 13 large-scale drawings comprised of eight different models until his untimely death. Thirty of the silkscreen arts are currently in the possession of the Mercedes-Benz Art Collection, which will be on display at the atrium of the Mercedes-Benz Museum starting June 21 to 26, 2022.

On a very rare occasion, the same Mercedes 300 SL used as a model at the beginning of the “Cars” series will be presented jointly with the artworks. The car will be provided by Brabus GmbH, Bottrop.

The 300 SL model was acquired by Brabus in 2020. It underwent a six-star restoration to bring it back to its pristine condition, which also involved 4,500 hours of meticulous labor. All new car parts used as a replacement were procured while those that can still be salvaged were returned to their mint condition.

Upon the completion of the project, the leading car expert organization, Classic Data, appraised the 300 SL and gave it a grade of “A”. Meanwhile, the Classic division of Mercedes confirmed its authenticity as the same model used by Warhol in his final set of artworks.