On March 12, 1952, Mercedes-Benz unveiled the spectacular 300 SL racing sports car to the media on a motorway. From 1954 onwards, that very successful competition car shaped the tradition of the Mercedes-Benz SL sports cars. 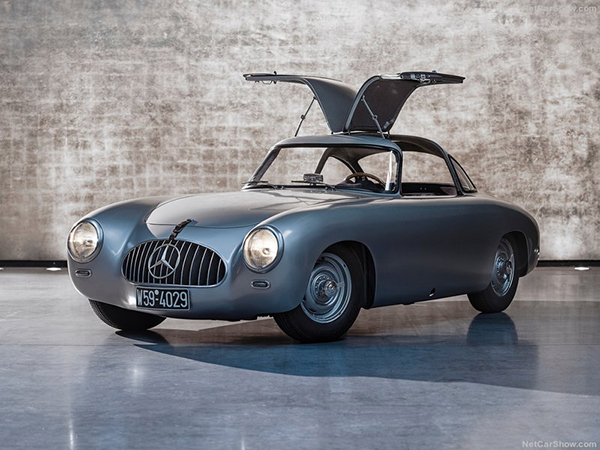 A stretch of motorway near Stuttgart became the stage for the presentation of the Mercedes-Benz 300 SL (W 194) on March 12, 1952. Two days before that, the Stuttgart brand’s press office had caused a sensation when it issued invitations to selected journalists. It was not simply a question of the “new Mercedes-Benz 300 SL (super-light) sports car […] undertaking test drives in public for the first time”. This was a clear statement that the brand was returning to motorsport, as the press release noted: three 300 SLs had already been registered for “that famous Italian road race, the ‘Mille Miglia’, to be held on 3 and 4 May 1952”. 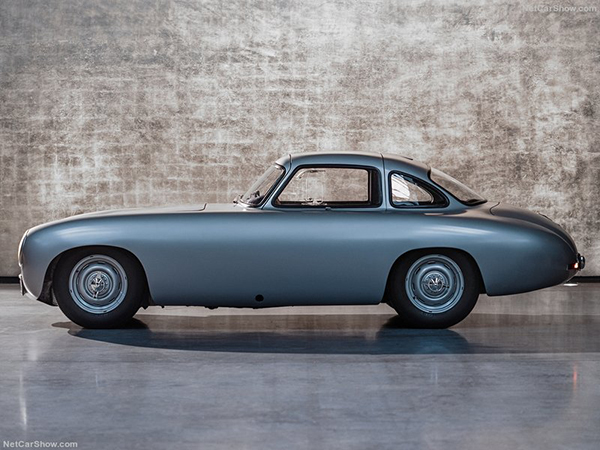 The press photo sent out with the invitation showed a dynamically drawn sports car depicting the archetypal SL lines. Its gullwing doors ended at the waistline of the body. Later, Mercedes-Benz enlarged the cut-outs downwards, making it easier to get inside. What was completely new was the structure hidden under the body and made of thin aluminum-magnesium sheet: this was the roll cage, developed by Rudolf Uhlenhaut especially for this racing sports car and weighing 110 lbs, made of thin tubing that was subjected only to compression and tension. It was this frame design that made it technically necessary to hinge the gullwing doors to the roof. The M 194 engine was derived from the M 186 production engine used in the Mercedes-Benz 300 (W 186) representation car presented in 1951. For use in the racing sports car, the engineers increased its output to around 170 hp. By tilting the engine through 50 degrees to the left and employing dry sump lubrication, it was possible to lower the installation position. Other technical components in the 300 SL were also derived from the Mercedes-Benz 300, the legendary “Adenauer” saloon, and the sporty-luxurious 300 S touring car (W 188). 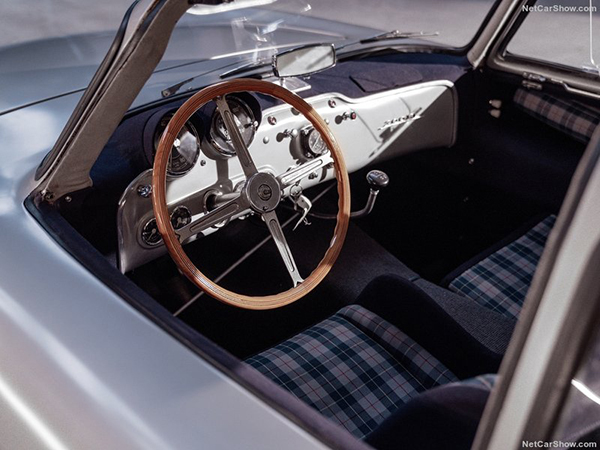 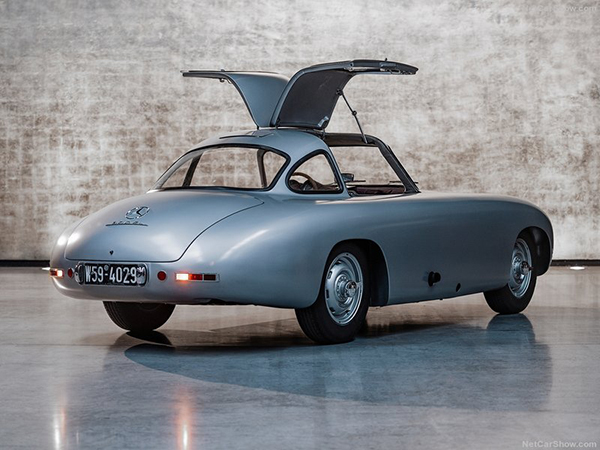 For 1953, a successor model to the highly successful 300 SL racing sports car was developed, the W 194/11. It was nicknamed “Hobel” (“carpenter’s plane”) because of it characteristic front design. However, that car was never entered in a race. From 1954, Mercedes-Benz decided to compete in the Formula One World Championship and concentrated on developing the W 196 R racing car.