If you have $38 million to spare, this glam mansion situated in a very exclusive neighborhood in Beverly Hills might be the choice for you. And it’s best accessorized with an olive-green Mercedes-Benz 300 SL Gullwing. 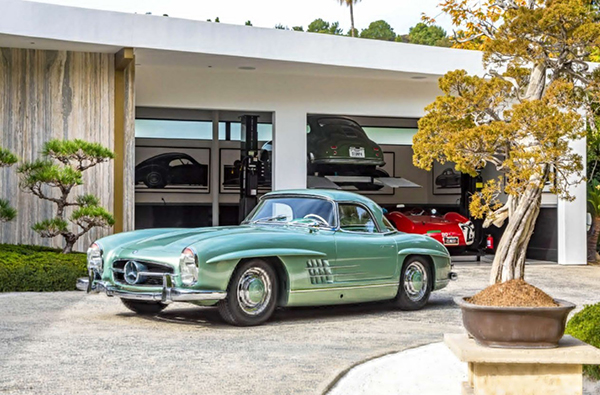 Trousdale Estates, where this mansion is located, is an exclusive neighborhood that was also home to famous names like Elvis Presley, Prince, Dean Martin, and Frank Sinatra in the 1960s.

This particular mansion sits atop a small hill and has just been listed for sale. Spanning about half an acre, the estate combines the midcentury architecture of the area with a modernized interior. 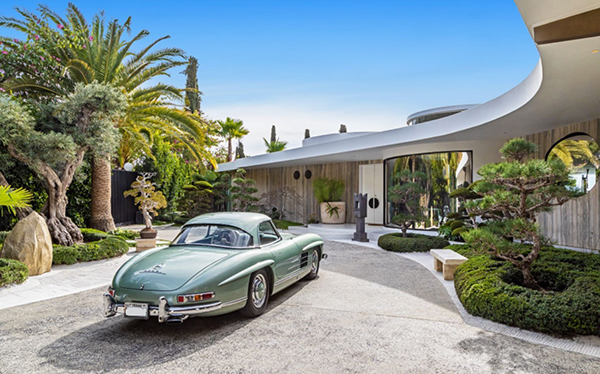 The house, which spreads over 6,200 square feet (576 sq meters), was originally built in 1958, and midcentury architect Robert L. Earl oversaw its design. The mansion underwent extensive rebuilding in 2017, and it blends the modern-day style with vibrant, vivid colors and contemporary art. There are five bedrooms available, each with its own individual style, and seven bathrooms.

Behind the tall private gates, there’s a garden filled with exotic plants, Bonsai trees, and a Koi River, leading to the entrance of the house. For entertainment, there’s a plush movie theater and an infinity pool with a fire pit built inside it. 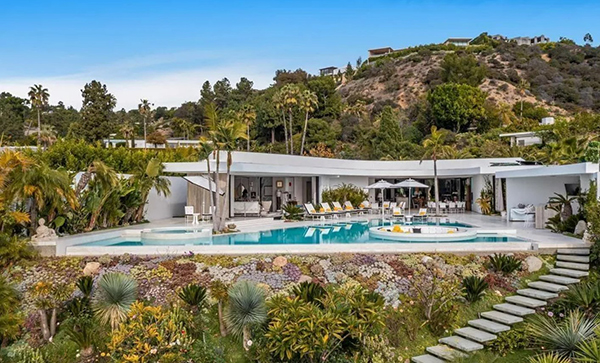 The mansion prides itself on combining the midcentury era with a modern twist and classic cars. The current owner proved that with an olive-green 1961 Mercedes-Benz 300 SL Gullwing in the driveway and other vintage cars in the garage.

The estate’s owner is Texas billionaire Fayez Sarofim’s son, Phillip Sarofim, investor, avid car and art collector. He purchased the house in 2017 after it was rebuilt and spent $16.3 million on it. He worked with New York-based designer Miles Redd to help him decorate the home with art and vintage pieces. Redd described the property as “maximum minimalism” when it appeared in Elle Decor in all its glory. In 2022, he’s asking $38 million for it all. But, unfortunately, the 300 SL Gullwing is not included in the price.