Mercedes-Benz EQA debuted barely two years ago, and the company is already working on a refreshed version of the electric crossover. These spy shots offer an extensive look at the updated vehicle. 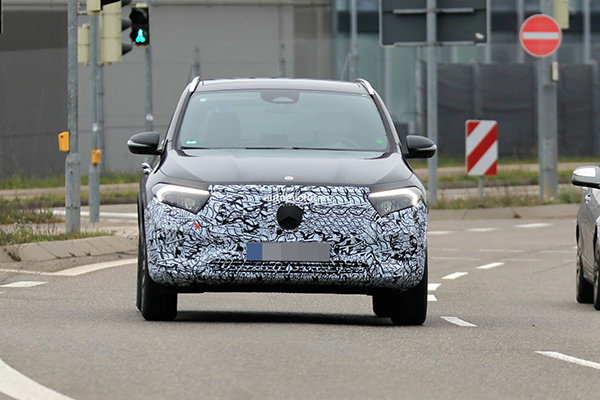 The engineers wrap the nose in camouflage, and the material hides the styling details. Compared to the existing model, the nose appears smoother. The intake in the lower section seems wider. The headlights are the same, but it looks like the graphics inside of them have some changes.

Previous spy shots showed the updated EQA with different camo. The pictures indicated that a new shape for the grille was among the upcoming changes. 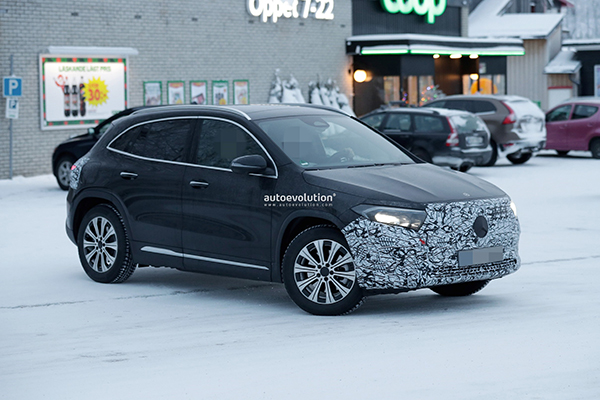 At the back, this EQA only has a strip of camouflage beneath the rear window. The covering is likely hiding changes to the taillights. The bumper is also different by no longer having the short, vertical sections on each side. It’s possible this element might be under a panel for concealing other styling adjustments.

A few of the photos provide a glimpse into the cabin. Mercedes doesn’t appear to camouflage anything. This doesn’t rule out software upgrades but suggests there wouldn’t be big styling changes in there. 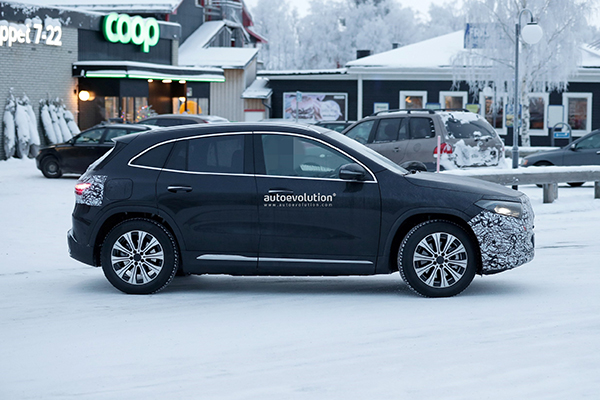 Given how quickly this refresh is coming after the model’s introduction, we aren’t expecting major powertrain changes.

There’s no info available about when the refreshed EQA might debut. Our spies think the unveiling could be as soon as later this year. If this is the case, then sales would potentially start in early 2024.

Mercedes is also working on an EQA sedan to slow below the upcoming electric C-Class. It rides on the Mercedes-Benz Modular Architecture, which is completely different underpinnings from the crossover. Inside, there’s an overhauled infotainment system running the new MB.OS software.