A new Mercedes saloon has been spied testing and our early shots of its development phase suggest it’s a saloon version of the EQA. The prototype car is still wrapped in camouflage but we can already see key design details for Mercedes’ newest EV. 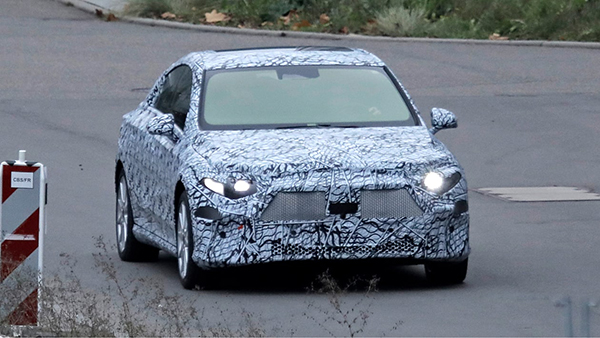 We suspect the current EQA will become ‘EQA SUV’ to bring it in line with Mercedes’ existing all-electric SUVs, freeing up the EQA name for the saloon. The new car will sit as an entry-level model into the Mercedes EQ range when it launches in 2024.

In terms of its electrified future, Mercedes has already shown most of its hand by declaring it will launch three new electric vehicle platforms by 2025 in the form of MB.EA, AMG.EA and VAN.EA. Mercedes also said in 2021 that it will have a pure-electric alternative for every model it made at the time.

The EQ lineup is currently made up of the EQA, EQB, EQC, EQE SUV and its EQE saloon variant and the EQS and its GLS-rivalling EQS SUV and also the EQV van. 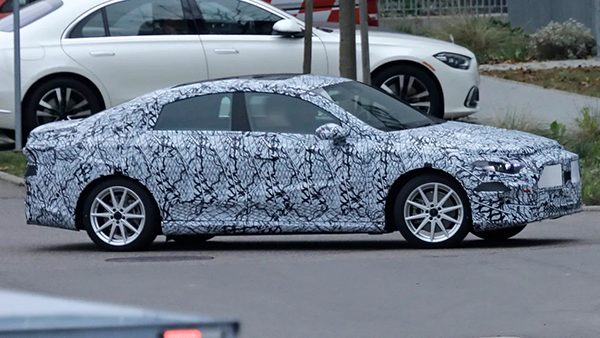 The entry-level EQA was launched in 2021 on a tweaked version of the MFA2 platform shared with the internal-combustion engined GLA SUV. As we’ve said, the new EQA saloon will launch in 2024, meaning it’ll miss out on the Mercedes MB.EA platform.

Earlier in 2022, Mercedes CEO Ola Kallenius said, “The entry point to the Mercedes brand in the future will be a different one than today”. This was in reference to a new MMA architecture Mercedes plans to debut by 2024 – when it’s likely to launch on the EQA saloon. The MMA platform will be able to underpin pure-EV and internal combustion engines, which could allow for another generation of A-Class.

Holger Enzmann, Mercedes project manager for the EQE and EQS EVA2 platform, told Auto Express “we have talked about the A-Class and we’re looking at it [a replacement]. It won’t feature on EVA2 as that is for larger vehicles but you can be sure we’ll see a vehicle in this segment”. 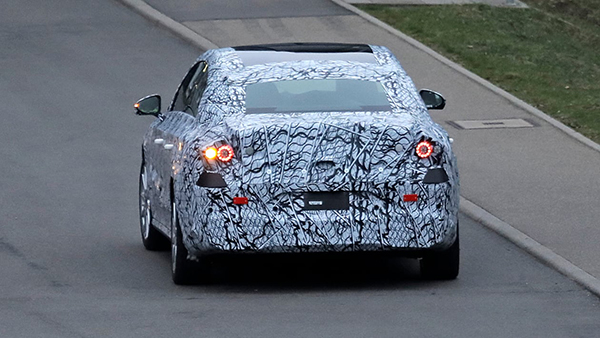 This vehicle is almost certainly the EQA saloon we’ve spied, but as we’ll see with the upcoming CLE (which will replace two-door versions of the C-Class and E-Class), Mercedes isn’t afraid of streamlining its range. With this in mind, the EQA saloon could sit as an all-electric alternative to the C-Class as well. Mercedes has also stated it will reduce its ‘portfolio positions’ from seven to four, suggesting a new car will replace the C-Class and A-Class segment.

As for the test car itself, it’s still heavily dressed in camouflage and there appears to be a fake grille stuck on the front end. The roofline certainly looks more rakish than the current A-Class sedan and more inline with the CLA’s silhouette. There also appears to be a crease in the body, flowing from the top of the front wheel arch down to the rear wheel. We don’t know what charging speed will be offered by the new EQA but Mercedes’ own charging network will have the capacity to deliver speeds of 350kW when it rolls out over the coming years.

Mercedes has claimed its new MB.OS infotainment operating system will roll out on models from 2024, so we’re likely to see this technology in the EQA saloon. MB.OS will be able to receive over-the-air updates and features like streaming video, plus a revised infotainment design.