A suggestion from the Shah of Iran led to the development of the Gelandewagen, an off-road vehicle originally designed for military use. Previously sold in certain markets under the Puch brand, the G-Class SUV was introduced in 1979 with three engine choices and five body styles. 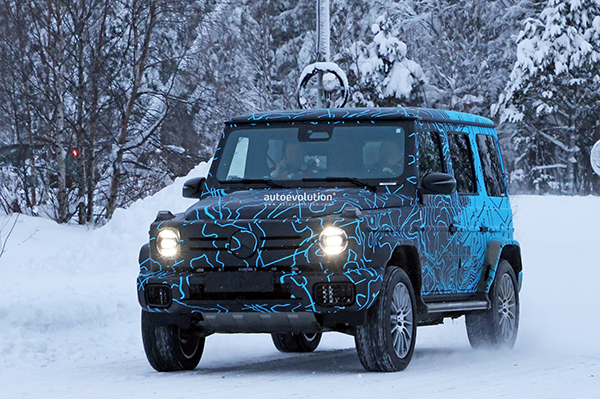 The Mercedes-Benz EQG debuted as a concept and later arrived as a drivable prototype. These spy shots are our first chance to see one during cold-weather development, though.

The development team covers the electric SUV in a black-and-blue wrap that shares a color scheme with the covering on the prototype but has a different pattern. Instead of the earlier cheetah fur design, there’s now something that looks like a mix of a topographic map and a circuit board. It’s a subtle way to communicate that this is an EV that can go off-road. 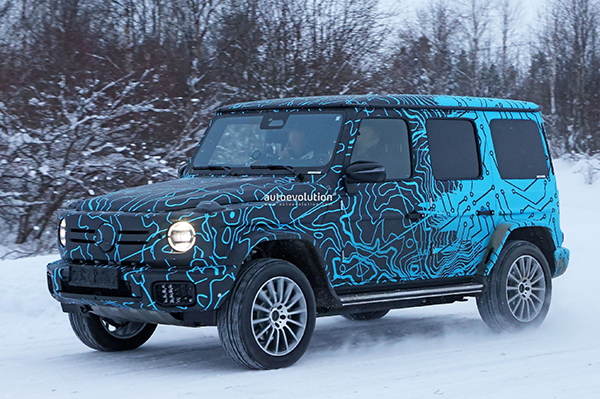 This EQG looks extremely similar to the prototype, which also means that it shares a lot with the appearance of an existing G-Class. The styling includes openings in the lower fascia and a grille with two stacked, open slats. The circular headlights have three distinct sections.

The rear fenders have long, oval-shaped holes in them. These openings might be for directing air to cool the brakes, but the location doesn’t seem ideal for that purpose. 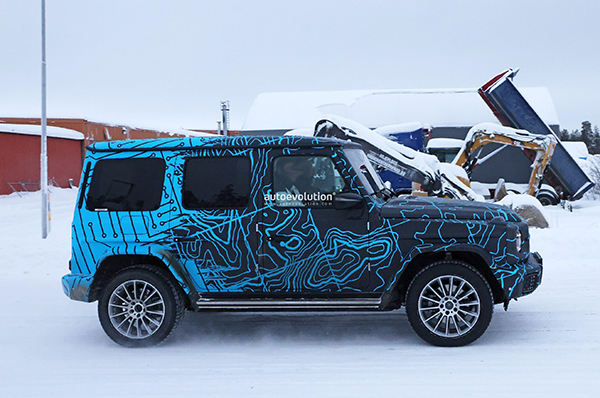 The rear of this EQG looks weird because there isn’t a spare wheel back there, which is something you’d expect to see on a G-Class. The piece was present on the prototype. On the concept, the circular space served as a storage box for the charging cables.

The EQG still rides on a ladder-frame chassis. Although, it’s not identical to the one underneath the existing G-Class. Modifications are necessary for fitting the EQ battery and electric motors. Carbon-kevlar underbody panels protect these components from damage when off-roading. 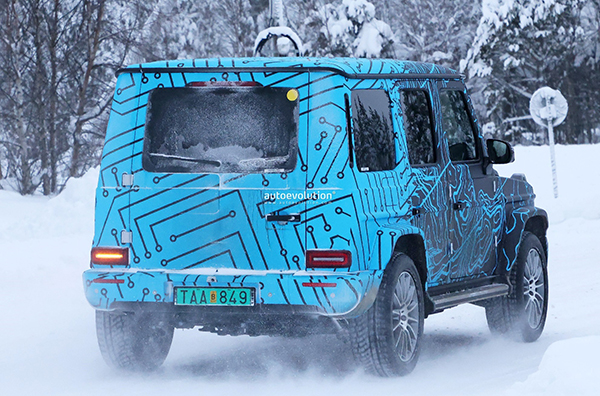 The EQG prototype packs four electric motors and four transfer cases. Individual power at each corner lets the vehicle do tank turns. Details about the horsepower output and battery capacity are not yet available. The SUV reportedly weighs around 6,600 pounds.