Mercedes-Benz EQA only started rolling out of the company’s Rastatt, Germany, plant last year, but it looks like it’s already going under the knife. 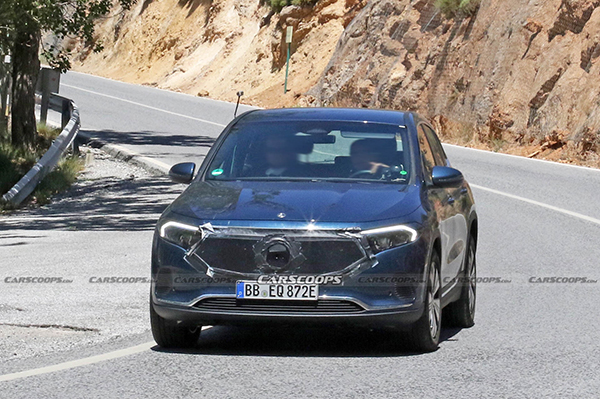 Part of Benz’s rapidly growing EQ-badged electric vehicle family, the EQA subcompact crossover is the firm’s smallest EV and is based on the ICE-powered GLA. Most of the bodywork and styling is shared, but the EQA is recognizable by its horizontal strip of lights running along the trunk lid, and headlights that bleed into a smooth, flush-fitting grille. 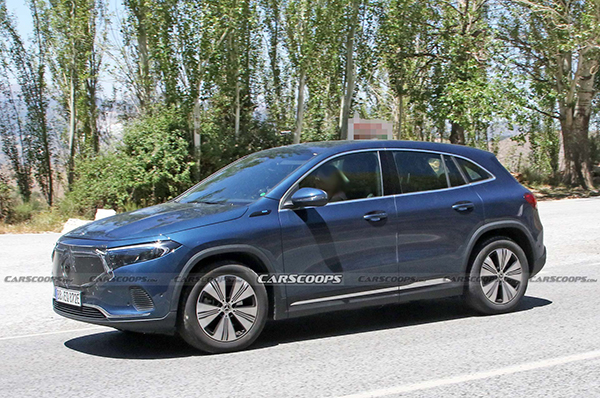 But are buyers not digging that EV-specific grille? Or is Mercedes updating it with the star-motif design seen on some electric MB concepts, and since made available as an option on cars like the EQS flagship sedan? We don’t know, but the fact that the grille on this EQA development car is taped up means Mercedes definitely has something to hide.

The rest of the front end, including the headlights with their peripheral DRLs, and the lower bumper, appears unchanged. As does the rear end of this EQA, where we can clearly see the same bumper design and taillights used by current models, suggesting that Mercedes is only making small changes, rather than embarking on a full facelift. Or perhaps this development car is a stealthy test bed for the AMG-branded performance version of the EQA Mercedes has promised. 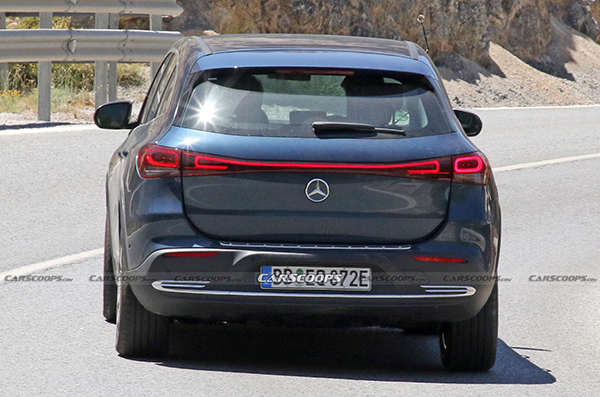 But in one of the shots, it looks like the driver is reaching to pull a dashboard disguise sheet from the base of the windscreen having clocked our spy photographer lurking on the outside of the corner. Unfortunately, our man wasn’t able to get a look at the inside of the EQA as it rolled past, but it must mean Mercedes is looking at making some changes to the crossover’s interior, including its MBUX infotainment system, which is likely to lose its bulky touchpad controller.