Mercedes-AMG currently builds some of the fastest and most powerful vehicles in the luxury vehicle segment but well before AMG was acquired by Mercedes-Benz, it was an independent tuner that built some seriously silly vehicles. The Mercedes-Benz E36 AMG is one of them. 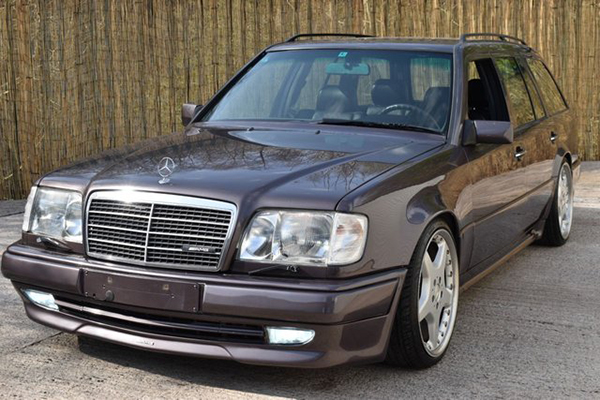 There aren’t all that many E36 AMGs out there and this particular example is a wagon from the 1992 model year. It has been listed up for sale through Cheshire Motor Car Sales in the UK with a £25,000 ($32,510) asking price. 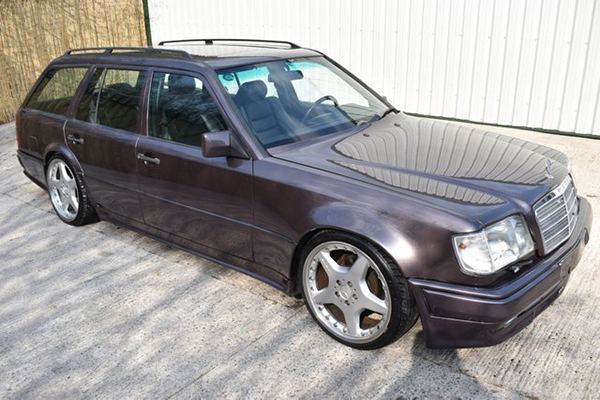 The listing states that this is one of just 171 E36 wagons that AMG produced back in the day and is finished in a color dubbed Brilliant Bornit Metallic. While the design of the car may not be quite as in-your-face as some current AMG models, there’s no denying that the E36 makes a statement.

The car’s presence is no more evident than when it is viewed from the front three-quarter angle, allowing you to see those aggressively flared wheel arches. AMG also equipped the car with a set of special five-spoke silver wheels and lowered it, so much so that you could be forgiven for thinking a previous owner of this car fitted it with lowering springs. According to the listing, though, it is unmodified. 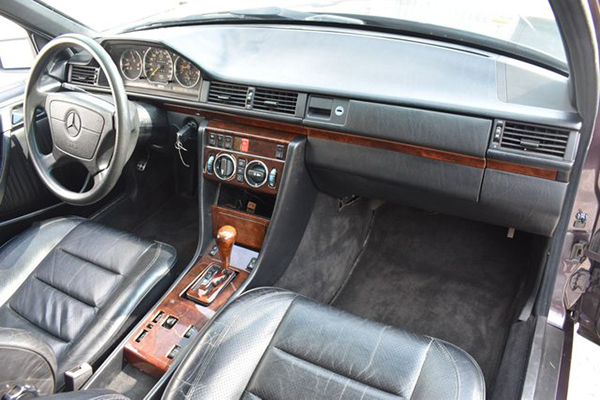 A peek inside the cabin of the E36 AMG reveals front and rear seats clad in black leather. There is also a light-colored headliner, a sunroof, and heaps of wooden trim, including on the door panels and transmission tunnel. One could describe the interior as practical, although it’s not particularly fresh by modern standards. That’s not to say it doesn’t have some neat luxuries, however, as the front seats are actually heated. 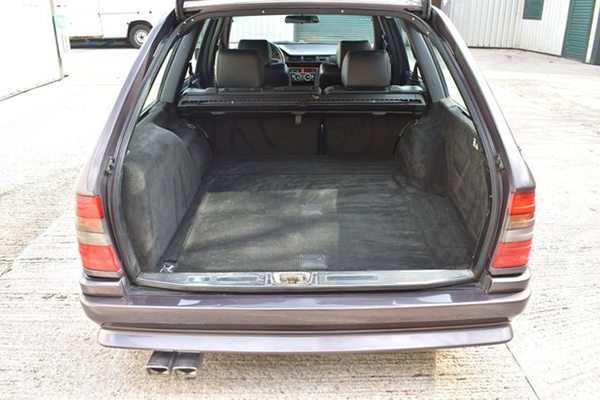