What would happen if someone took the boxy 80’s lines of the 300CE Hammer, and added a modern touch? SEDSYN shows us. 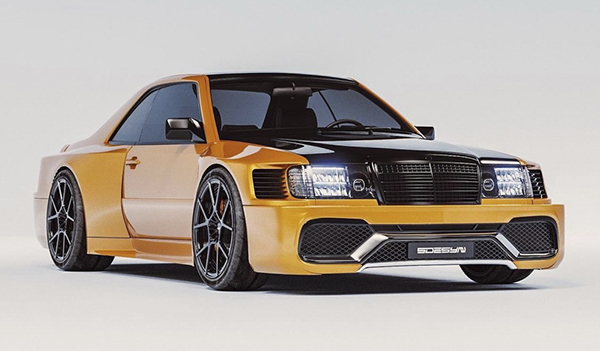 This car is going to be a case of “love it or hate it” for many of our readers. But at MBWorld, we love it. Why? Because finally a C124 is getting some attention it deserves… maybe too much attention. With so much hype surrounding the most recent crop of AMG cars, its easy to forget the pre-merger ones. Cars like the Hammer vaulted AMG into the mainstream, and solidified their deal with Mercedes. 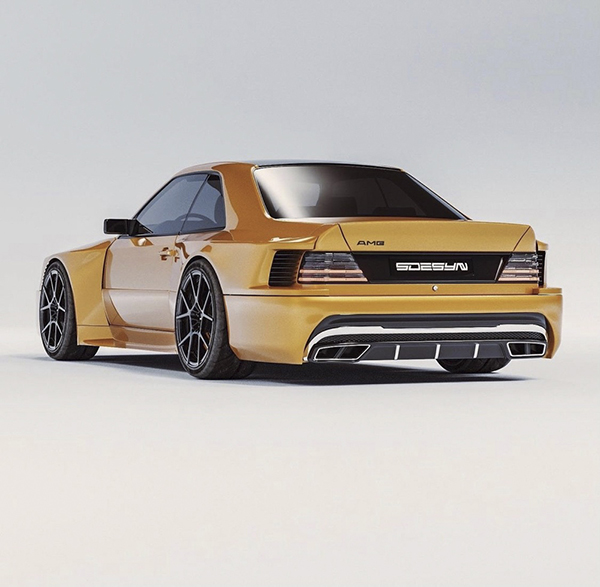 So what does a Hammer look like with some modern touches? That’s what SDESYN set out to make with this rendering, which we discovered over on AutoEvolution. It’s a visually striking thing to look at. But we’ll admit it’s not exactly the most beautiful car we’ve ever seen. 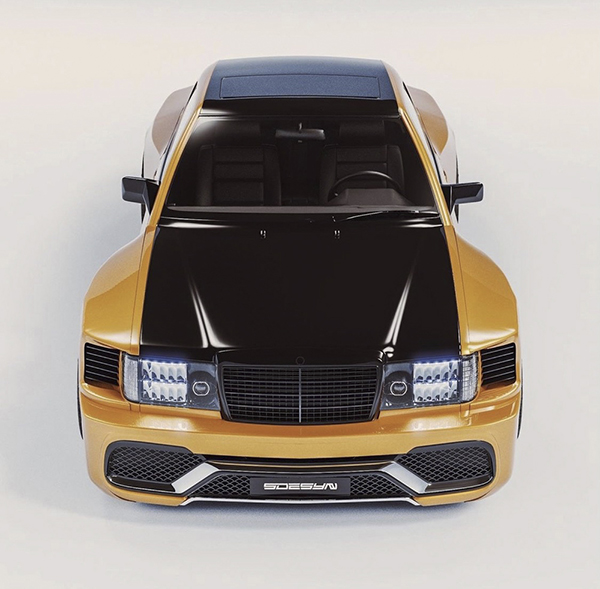 The 300CE in question is given extremely wide box flares, which do look cool. Although the car’s doors still contain the side cladding, which makes fitment of the flares look a little un cool. We’d prefer to see the door given the trimmed treatment that was put on the flares. Both flares front and rear are accented with ducts. Up front, intake ducts are placed near the headlights. Out back, vents exit either side of a raised and integrated duckbill spoiler. 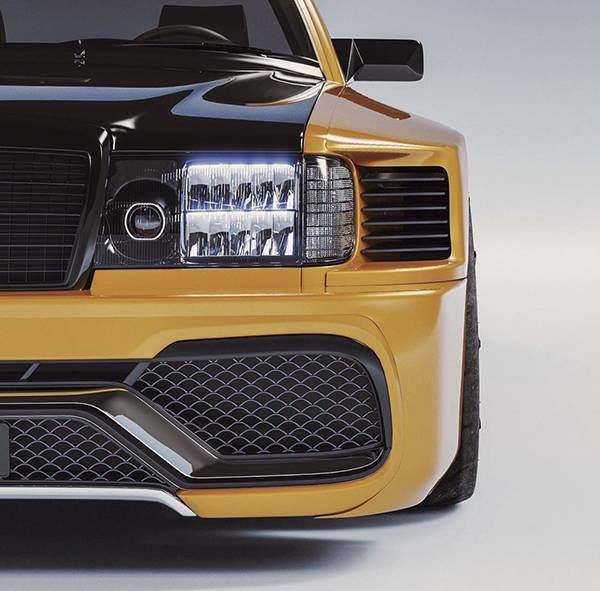 Grilles front and rear are very much plucked from the modern AMG line. The gaping mouth of the front end brings it a modern tough, and so does the rear apron, with recognizable AMG quad exhaust tips. The roof is given the ever familiar black treatment, but it is also carried over to the hood as well. It makes for an interesting contrast to the butterscotch paint that covers the rest of the car.

While not all of the styling cues are a home run, the majority of the car is pleasant to look at. Perhaps it will inspire some mad welder to come up with their own wide-body creation. Perhaps if the front and rear bumpers had a more 80’s style treatment to them, it would come off even better.