The revised E-Class remains as desirable as ever, even in E 220 d diesel form in base-spec Sport trim; the recent improvements to the car’s spec means you no longer need to venture much further up the range. If we’re being picky a BMW 5 Series might just edge it for both driver appeal and refinement, but otherwise the E-Class is a near flawless executive car. 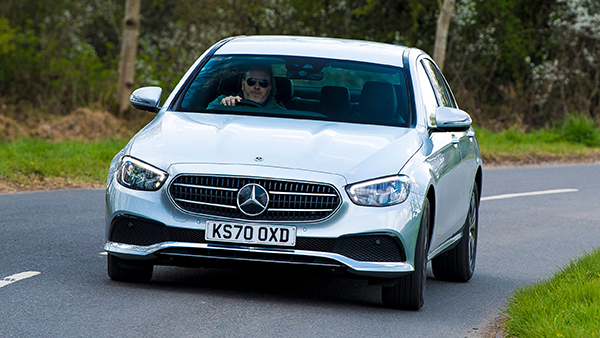 This is the newly revised Mercedes E-Class. For 2021, the E-Class benefits from revised styling, improved powertrains and updated tech to keep it fresh in the face of competition from both the Audi A6 and the BMW 5 Series.

Here we’re testing it in E 220 d Sport form, which is pretty much as basic as it gets for Stuttgart’s long serving executive saloon. 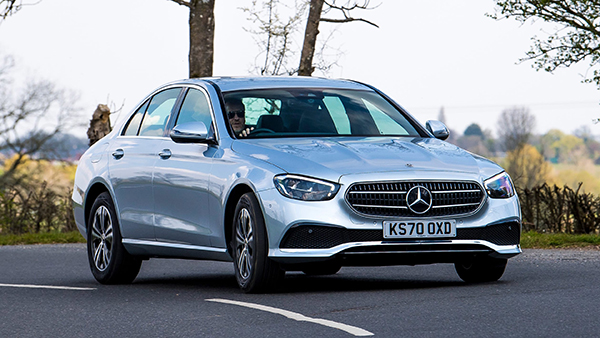 Perhaps ‘basic’ isn’t the right word to describe it, however. While Sport is the least expensive trim level – and the 220 d diesel costs a smidge more to buy than the base 200 petrol – in isolation it still feels every bit as plush as you’d hope for from a Mercedes which costs the best part of £40,000.

From the outside, the styling has been tweaked to feature Mercedes’ new family face, with new lights and a new grille. The new tail-lights have a more horizontal design that extends into the boot lid. 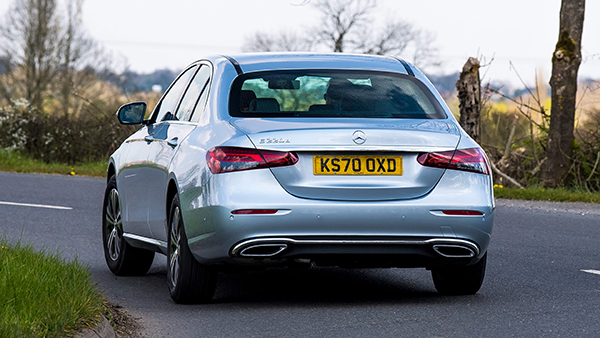 Inside, the look hasn’t changed much, and nor has the fact that it’s cavernous and supremely comfortable no matter whether you’re sat in the front or the rear. There are changes though, which can be found when prodding the infotainment screen. That’s because the E-Class now gets a touchscreen throughout the range: Mercedes has installed its MBUX system, which brings a new 12.3-inch display that ditches the old click wheel interface.

The new set-up has its pros and cons: when plotting a route in the navigation system, it’s much easier to input an address or postcode before you set off, but on the move it’s now trickier to adjust the map zoom, although the system is smart enough to focus on key junctions by itself. Higher spec models apply augmented reality graphics onto images relayed from a forward facing camera; handy in unfamiliar built up areas, but the regular system does the job perfectly well. Overall, the graphics look similar to before, but the tile-like home screen layout is clearer, and the system feels more intuitive. 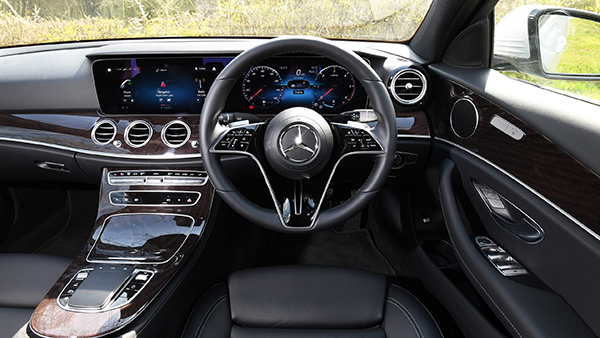 Previous Sport models made do with analogue dials which jarred with the rather high-tech look of the rest of the cabin. This has changed now, with the updated version getting the same 12.3-inch digital instrument panel. It looks sharp, can be customised to show different data and colours, while trip and navigation functions can be altered through capacitive controls on the steering wheel. This Sport model features a simpler design of steering wheel though.

Under the bonnet, Mercedes has introduced mild-hybrid powertrains on petrol engines with both four and six cylinders. However, the small electric boost isn’t offered on diesel models, so this four-cylinder E 220 d is carried over largely unchanged. 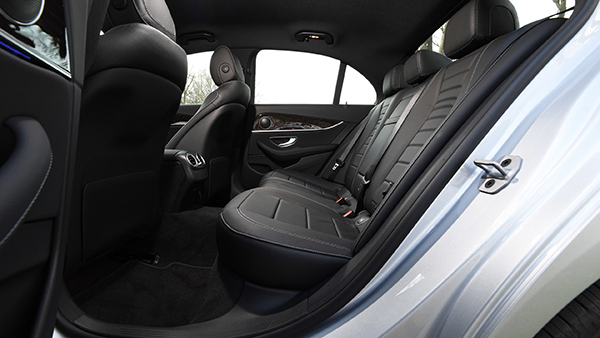 If we’re being critical, the 2.0-litre unit can be a little too audible at times – the BMW 520d is quieter – but otherwise it’s a very impressive unit. The 191bhp output helps the E-Class sprint from 0-62mph in 7.3 seconds, and both the power delivery and the nine-speed automatic gearbox are exceptionally smooth.

Then there’s the efficiency. Over our time with the E 220 d it averaged more than 51mpg. While a plug-in hybrid will be significantly cheaper for company car drivers thanks to Benefit in Kind ratings – the E 220 d’s CO2 emissions of 139g/km place it into the 31 per cent bracket to the E 300 e’s 11 per cent rating – private buyers who regularly cover long journeys will find it hard to top this model; it’s hard to ignore the satisfaction which comes when the 220’s trip reads over 750 miles of range on a full tank of fuel. 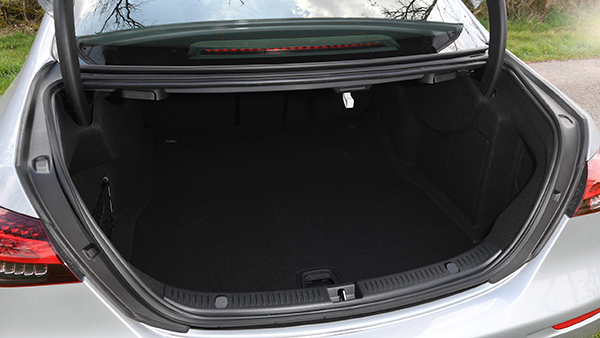 Those 750 or so miles will pass in serene comfort, too. Thanks to the generous sidewall of tyres wrapped around 17-inch alloy wheels – the smallest available in the E-Class line-up – the base Sport model eases its way over bumps nicely. Road and wind noise are well insulated from the cabin, and it handles very smartly, too.

What it does miss out on is the sporty styling add ons fitted to AMG Line models which UK buyers love.