Although the new Mercedes E-Class W214 will only be launched at the end of 2022, Mercedes is already working on the Mercedes-AMG E 53 sports version, which will debut in summer of 2023. 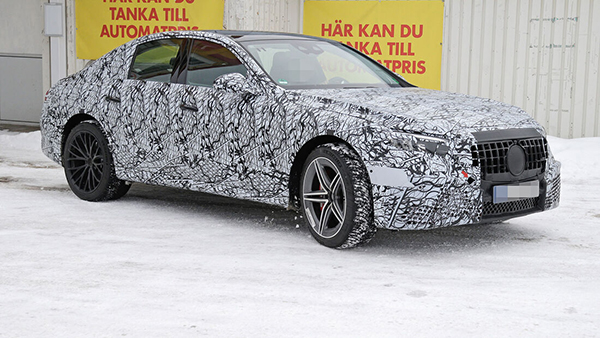 No surprises in terms of design. Beneath the camouflage hides the grille with the AMG-specific spoiler and the AMG lettering on the fenders and tailgate. For better aerodynamics, the door handles are integrated into the body line. 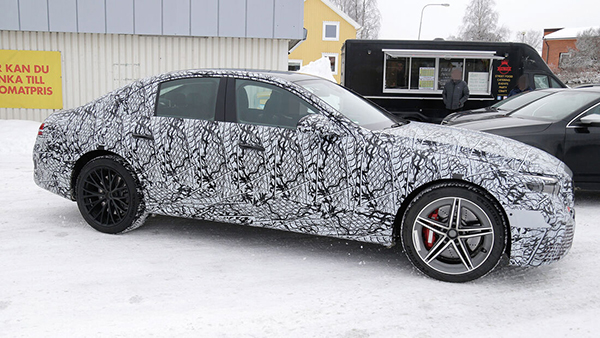 As with other AMG models, the suspension will be slightly lower than in the E-Class and the interior will feature the AMG steering wheel and sports seats.

AMG will also implement specific driving programs in addition to the normal ones and the MBUX system will get the portrait screen and the AMG-specific menus. The AMG E 53 will also take over the enhanced voice control and assistance systems from the S-Class. 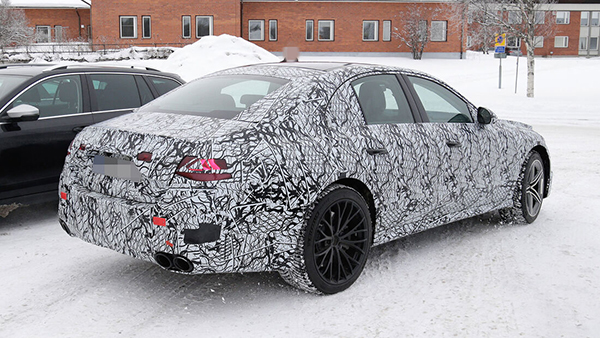 Although the current generation AMG E 53 has a turbocharged inline 6-cylinder engine, the new model will only have a 4-cylinder engine supercharged with a turbine driven by a small electric motor.

But unlike the compact models where it is still used, in the AMG E 53, the engine will be installed in the longitudinal position as in the SL 43. 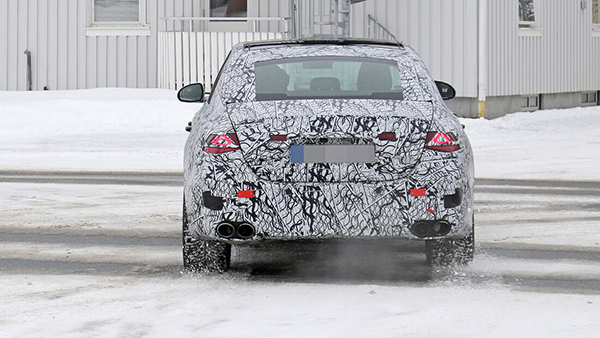 Thus, the AMG E 53 will use the M139 4-cylinder electrically driven turbine engine recently launched in the SL 43 and which will also power the upcoming AMG C 63. But unlike the SL 43, which delivers 381 HP, the AMG E 53 will have more than 500 HP, exceeding the 435 HP of the current 3.0-liter inline 6-cylinder engine.

After the limousine, the station wagon version will be launched, followed by a coupe and cabriolet common to both the C-Class and E-Class, which will be called the CLE. It too will receive AMG versions.