The Mercedes-Benz E-class is getting an updated steering wheel that incorporates additional capacitive-touch technology. The current-generation Mercedes-Benz steering wheel (shown below) already features small raised touch-sensitive nubs on the right and left spokes, which respond to horizontal and vertical swiping motions that control the infotainment system. The new version (shown above) expands on that capability with additional capacitive-touch switches on the spokes as well as a touch-sensitive rim that is used to determine if the driver’s hands are on the wheel. 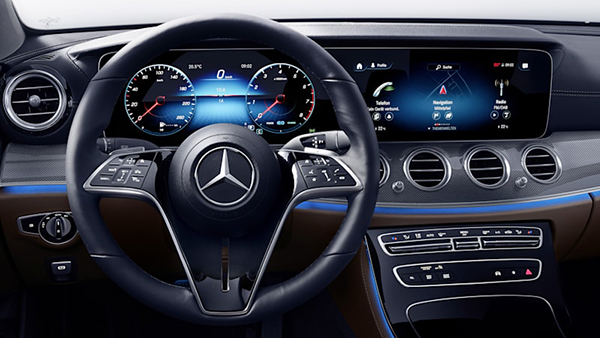 The sensors in the steering-wheel rim are used in conjunction with the semi-automated steering assistance function, which can provide steering support but requires that the driver maintain a hand on the wheel. Today, that determination is made by detecting wheel movement.

Replacing the current mix of spoke-mounted switches — the touch-sensitive nub and the pushbuttons — the new steering wheel will have flat-surface capacitive-touch switches instead, which seem less likely to be successfully operated by feel. That includes a touch-slider for volume, a four-way touch controller, and single-function touch buttons. 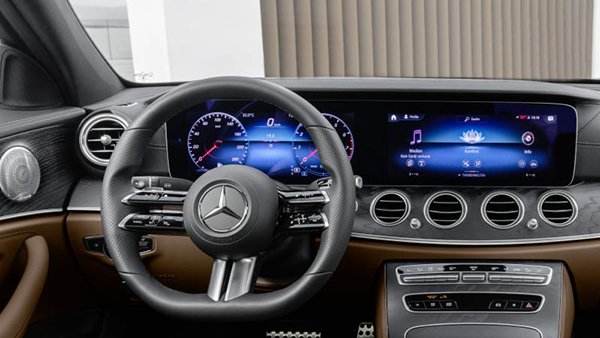 In addition to new technology, the new-generation steering wheel also gets a new design — three of them, in fact: Luxury, Sport, and Supersport. The Luxury version is shown at the top of this post, with the airbag in a prominent round housing at the center against the gloss-black spokes arranged in a modified three-spoke pattern. The Supersport version, shown below, has a more sculpted rim with a flat bottom, and a trio of two-bar spokes. The wheel diameter is unchanged from the current versions, ranging from 14.6″ (Supersports) to 15.0″ (Luxury).

The wheels will make their debut in the refreshed 2021 E-Class.