The outgoing Mercedes E-Class sedan can no longer be ordered in Germany. According to various sources, including Automotive News Europe, the reason for this holdup is that all production slots have been occupied until March 23, which would be the end of production for the current-generation W213 model. This means if you’re looking to buy a four-door E-Class, you’d have to wait until the next-generation model. 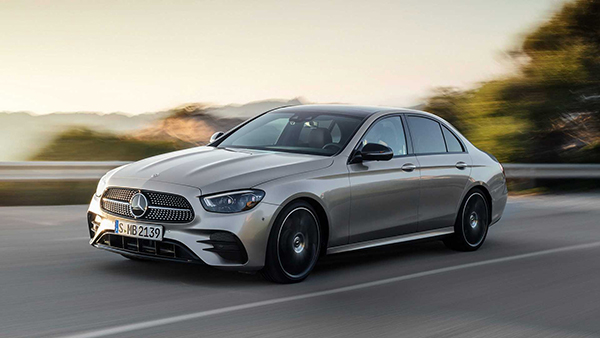 Those who are eyeing to buy the long-roof version are in luck, though. Sources say that ordering for the E-Class Estate isn’t affected. It will be produced until mid-2023.

The wait for those who are about to order an E-Class sedan won’t be long. Mercedes is already working on the next-generation W214 model, which is slated to debut towards the end of this year and will reach dealerships in 2023.

The next-generation E-Class sedan was first spotted testing in December 2021 and then made its spy video debut this month. It’s still heavily disguised, though, but the design’s practically similar to the C-Class sans the minute changes to update the styling. Electronic pop-out door handles are expected to debut in the midsize sedan, as well as a due increase in size in line with the C-Class’s growth.

The heft of the upgrades is expected to arrive in the cabin, including an updated and more sophisticated infotainment system. A vertical touchscreen should arrive to complement the digital instrument cluster.

Meanwhile, power plant options are expected to be a choice between four and six cylinders, according to reports. The AMG E63, which is expected to debut sometime in 2023, will lose the V8 option. In its stead is an electrified version of the M139 engine – a turbocharged 2.0-liter four-banger with an electric turbo working in tandem with an electric motor.