There’s a new Mercedes-Benz E-Class on the way in the not-too-distant future. The W214, next-gen E-Class was recently spied looking more production-ready than we’ve seen previously, but the current W213 E-Class is far from uncompetitive. It remains a comfortable, luxurious, and advanced sedan, and it is a good match for the BMW 5 Series following a recent mid-cycle facelift for these two midsize sedans. But the current E-Class has hit some troubled times in its domestic market. According to Automotive News Europe, Mercedes has stopped orders for the E-Class sedan in Germany. 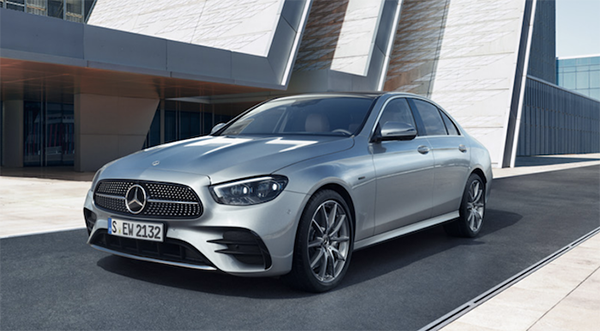 The reason, as you may suspect, has to do with the ongoing semiconductor chip shortage. As a strong seller for Mercedes, the company has simply been unable to keep up with the demand for the E-Class. The order freeze came into effect last Friday and applies to “built to order” E-Class models. A Mercedes spokesman said that if there is a new E-Class in stock, it can still be ordered. The order freeze doesn’t apply to the E-Class Wagon. Considering that the all-new W214 E-Class is only supposed to arrive next year, Mercedes would have hoped for at least one more year of strong sales for the W213, but that’s now uncertain based on this order freeze.

At the moment, the order freeze applies only to E-Class models sold in Germany, so hopefully, it won’t extend to other markets. The news comes shortly after Mercedes’ global deliveries fell by five percent in 2021 due to constricted production as a result of the chip shortage. In September last year, the CEO of Daimler AG said that the shortage will likely continue into 2023. Just weeks ago, orders of the G-Class SUV were also stopped by the automaker in Europe and it was believed that customers who wanted one would have to wait until 2024. As with the E-Class, this did not apply to the US market. Here’s hoping that Mercedes can get production and deliveries back on track for two of its most prestigious models.