Mercedes-Benz has had a camouflaged trio of the facelifted fifth-generation, 2021 E-Class sedans on tour around Las Vegas, releasing driblets of information before a reveal at the Geneva Motor Show next month. YouTuber Marc Christiansen spent time on a ride-along with the sedan’s chief engineer, Michael Kelz, tooling around Vegas and gathering what information he could. We know there will be two engines offered, a brand new M254 2.0-liter turbocharged four-cylinder will debut in the E-Class, and the 3.0-liter straight-six first introduced on the current CLS, both with 48-volt mild-hybrid assistance. The four-cylinder in the video featured a plug-in port on the right side of the rear bumper, but we don’t know yet if or when the PHEV will make it here.

Mercedes teased the 2021 E-Class about a month ago when it dropped images and preliminary details of its refreshed midsize sedan. In the build up to the car’s official premiere next week in Geneva, the three-pointed star has now released an in-depth video that goes through all of the major changes planned for the vehicle’s mid-cycle update. Shot in Las Vegas, Nevada, the video is hosted by YouTuber fünfkommasechs as he gets the chance to learn about the tweaks from Michael Kelz, chief engineer of the E-Class.

The thinly covered pre-production prototypes aren’t actually hiding something we haven’t seen before as several spy shots of the regular Benz E-Class and its AMG sibling have emerged onto the web to show the updated styling. The reason why Mercedes brought three vehicles instead of just one is that those have different specifications, including a model equipped with the Night Package that replaces the chrome surfaces with a black trim. There’s also a plug-in hybrid variant denoted by its cap mounted on the rear bumper to conceal the charging port. 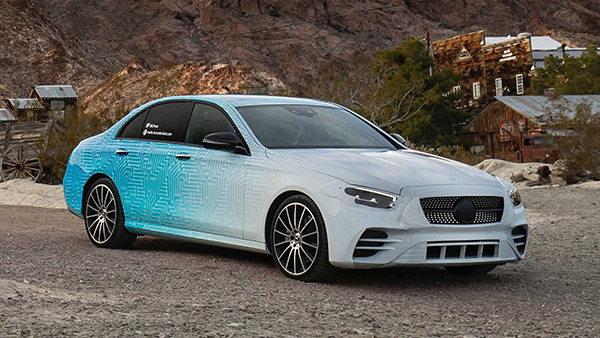 Stepping inside, the new steering wheel with touch controls belonging to an AMG Line model still has some disguise on it, but Michael Kelz admits the dual side spokes are separated and not unified as you’d be tempted to believe. We also get to learn a bit about the gesture control system as already featured in the CLA, which is smart enough to distinguish the driver from the front passenger. It’s the same story with the voice control as the system knows whether it’s receiving a command from the driver or the person sitting to the right thanks to a secondary microphone mounted on the passenger side.

Interestingly, the underbody has been further optimized to lower the drag coefficient and make the E-Class Sedan more efficient than before. We also get to find out the automatic parking system has been upgraded and Michael Kelz claims it’s probably quicker than a human. The better sensors it uses are also the foundation of an upgraded variant of the adaptive cruise control. 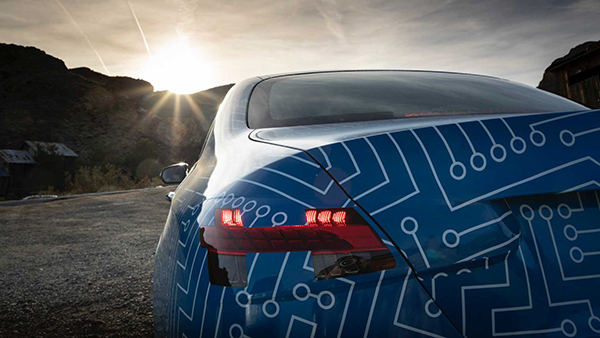 There are also quite a few changes underneath the hood where the lesser versions of the 2021 E-Class facelift will be powered by a new turbocharged 2.0-liter four-cylinder engine (M254) benefitting from an integrated starter generator and 48-volt tech. ISG is mounted between the engine and the gearbox to provide electrical assistance at launch and to cut fuel consumption while driving. The overall performance provided by the mild-hybrid system also increases thanks to the greater low-end torque, so it’s a win-win situation.

Michael Kelz also explains when the engine is automatically switched off and how the brake energy recuperation system kicks in to charge the battery pack – all for the sake of boosting efficiency furthermore by saving as much fuel as possible.