Some words create magic when they come together. “Mercedes wagon” is one such combination. “Manual Mercedes wagon” goes a step farther. Add “classic” on to that and you really have a combination to raise the pulse of many M-B enthusiasts. 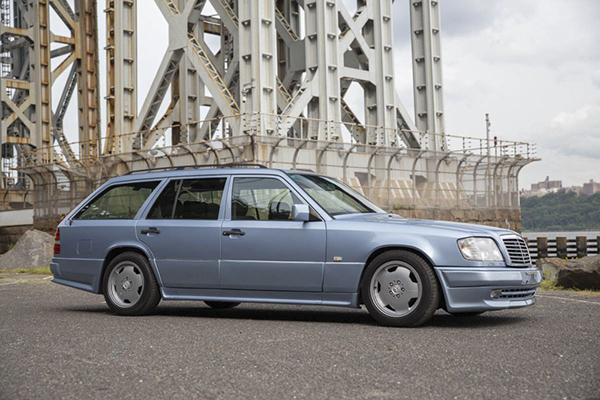 We stumbled across this beauty during one of our typical bouts of Craigslist perusing. And it goes without saying, we found a real gem. The stats tell us this is a 1992 300TE wagon, with factory 5-speed and Euro-spec cloth interior. It was repainted, but we don’t mind. The current hue of light blue arguably looks more tasteful than the car’s original color of Bornite. And we’re sure there will be arguments about that opinion. Granted, we don’t know why the color was changed. If the original paint was beyond saving, then it makes sense to switch it up. 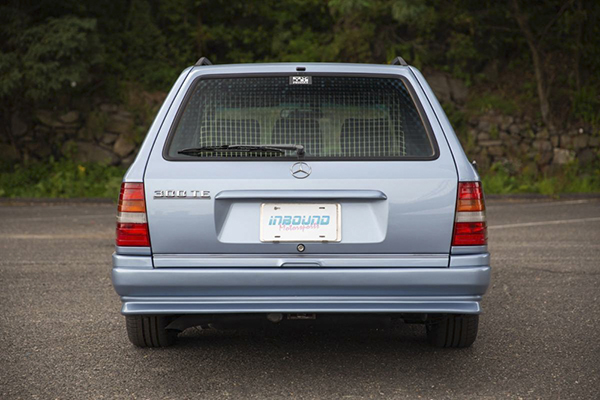 Outside you’re also greeted with period-correct monobloc rims, which almost give this car an AMG Hammer appearance. But the one thing the Hammer never had was a standard gearbox. A keen eye will see it’s not a dog-leg ‘box, but this 5-speed does make this wagon perfect in our eyes. It’s just too bad it is not attached to a Hammer of an engine. Inside, black cloth interior reminds us that’s not every Mercedes Benz was a high trim level vehicle. But that’s not to say this one is a bare-bones version. 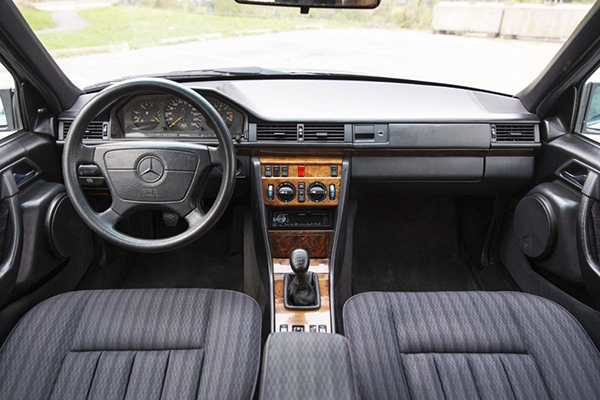 Power comes from Mercedes’ rock solid M103 inline 6. But with only 175 horsepower or so from the factory, it does seem a bit under powered. Especially if you have seven passengers with the rear-facing seats occupied. Since this car has been changed from factory, we wouldn’t feel guilty about putting something like a Brabus tuned M103 under the hood for a bit of extra grunt. Or go hog wild with a V8 swap, if you must. 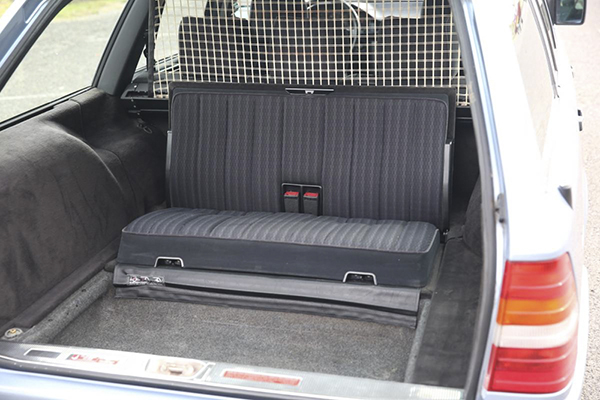 The best part though, is that this isn’t a Hammer. That’s because you don’t have to worry about the price. Values for these cars seem to be hovering around $20,000, which isn’t bad considering that 80’s era rides are coming up in value. We’re not suggesting this is an investment-level car by any means. In fact, we’d hope you’d have a car like this purely to drive it.