When Mercedes-Benz introduced the W124, they gave birth to a new nameplate – the E-Class. While early W124 models weren’t known by that moniker, Mercedes-Benz made it official in 1993. However, according to CarScoops, the E-Class ethos extends all the way back to the 1920s. 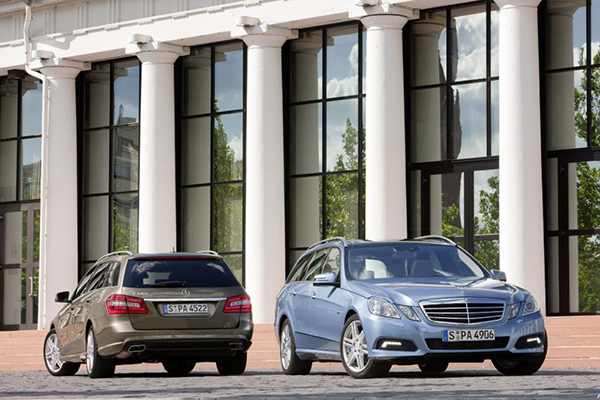 CarScoops’s Cristian Gnaticov states that, back in 1926, Mercedes-Benz launched the W02 platform under the name 8/38 PS. Two years later, that car would be renamed the Stuttgart 200 series. One of these, the 260 D, became the first diesel-powered passenger car when it was launched in 1936.

After World War II, Mercedes-Benz produced the 170 series starting in 946 and running through 1955. In 1952, the famous Ponton series started production. The Ponton represents the birth of the boxy –and stately – E-Class shape we all know and love. 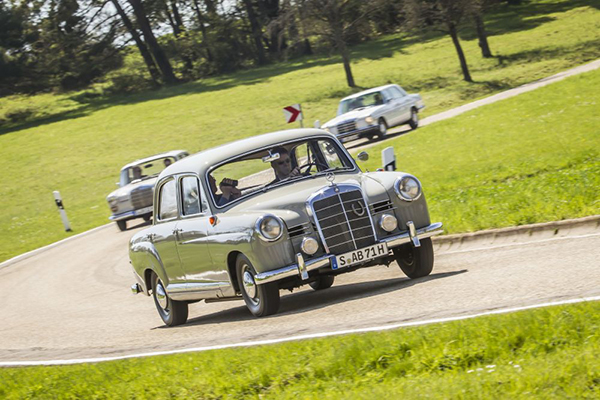 Taking Shape
Bowing in 1961, the W110 generation, with its famous tail fins, began to introduce the sort of features we have come to expect from a Mercedes-Benz E-Class. All W110s came with impact-absorbing crumple zones front and rear. In 1967, the steering column mas modified so that it would collapse in the event of an accident. We take these features for granted now, but back in the 1960s, this was heady, cutting-edge stuff. 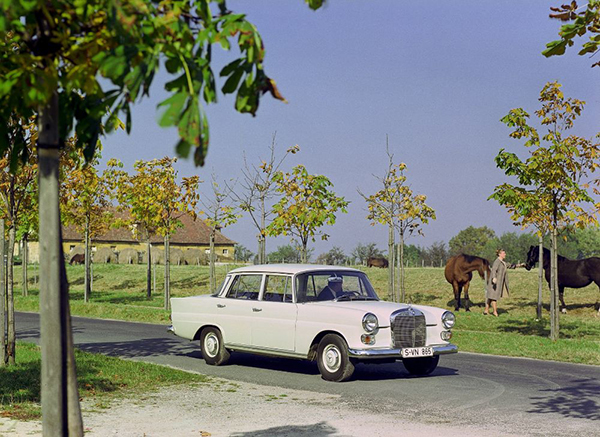 The W110 ushered in many luxury features, too. You could order one with air conditioning, power steering, a sunroof, a heated rear window, and electric windows. Remember – many cars didn’t offer these features back in those days.

The W114 (six cylinder) and W115 (eight cylinder) further refined the winning E-Class formula through the 1970s, and sold over a million models. The W123 was introduced in 1976, and would go on to sell over 2.7 million examples as Mercedes-Benz’s popularity and reputation grew. 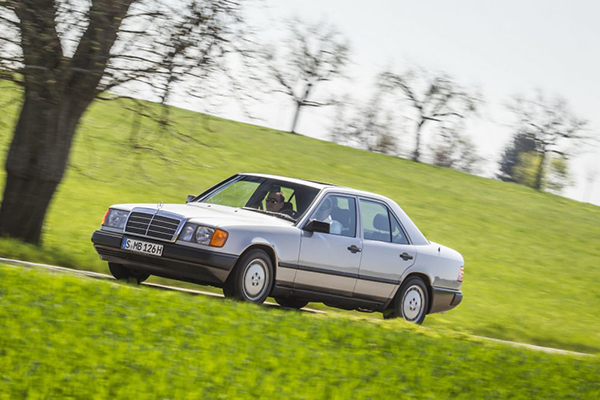 The W124, which would become the first proper E-Class in 1993, was introduced in 1984, bringing with a host of safety and comfort upgrades that are still in use today. That model was followed by the W210, famous for breaking tradition and having four round headlamps. It was still, unmistakably, a Mercedes-Benz E-Class.

The turn of the 21st century brought us the vastly improved W211 in 2002, followed by the W212 in 2009. The current model, the W213, is still the target to beat when it comes to executive luxury sedans. We don’t know what’s next for the E-Class, but we can hazard a guess that it will be evolutionary, not revolutionary. As the E-Class concept turns a century old, one thing’s for sure – it will still represent the pinnacle of luxury motoring.