It’s been a minute since we’ve seen a next-gen AMG-spec GLC Coupe out and about. Hanging out in Afflerbach near Mercedes-AMG headquarters is a good way to catch camouflaged prototypes, and our patience paid off with some great shots of the forthcoming AMG GLC 43. 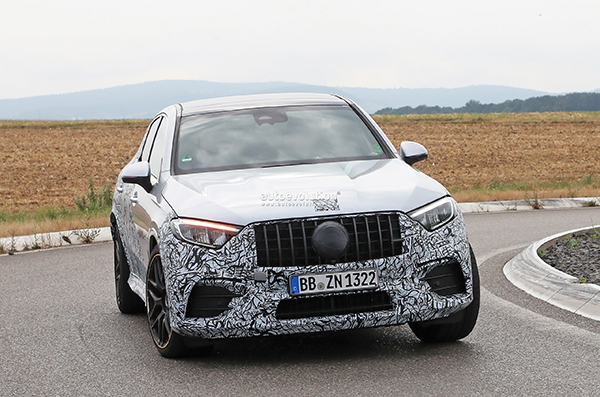 Compared to the previously-scooped prototype, this one has the Panamericana grille with vertical slats, front bumper with a sportier design and bigger side trim, fatter side skirts, and more aggressive diffuser. It also features quad exhaust tips, new wheels, and it appears to sit a bit closer to the road.

These are all clear indicators that we are indeed looking at the Mercedes-AMG GLC Coupe. But what variant is it? Our spy photographers believe that it is the GLC 43 Coupe, and if that is the case, then it should transition to a four-pot, just like the new-gen C 43, which may have two fewer cylinders compared to the current one’s V6, but it is punchier. 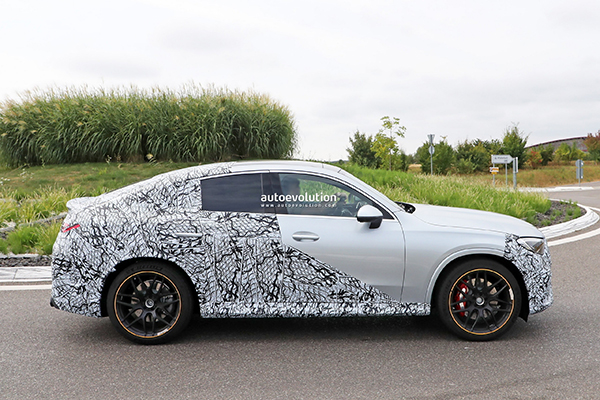 Under the hood of the new C 43 sits a turbocharged 2.0-liter four-cylinder engine, with 48-volt electrics, and similar electric turbocharger tech to the company’s F1 racers. The mild-hybrid assembly pumps out 408 ps (402 hp / 300 kW) and 500 Nm (369 lb-ft) of torque. Everything is transferred to the rear-biased all-wheel drive system through a nine-speed automatic transmission. Mercedes-AMG claims that from 0 to 100 kph (0-62 mph), it needs 4.6 seconds, three tenths of a second quicker than the SL 43, which uses the same engine, albeit with less power. Top speed is electronically limited to 250 kph (155 mph).

In all likelihood, the upcoming Mercedes-AMG GLC 43 Coupe, if this is indeed the version spied by our man with the cam, will retain the same output and torque as the premium compact sedan and estate. It too will feature an all-wheel drive system and a smooth-shifting nine-speed dual-clutch automatic transmission. Nevertheless, since it will be slightly heavier than its low-riding brethren, the crossover should be a hair slower. Chances are that the sprint will take a little under 5 seconds, probably in the region of 4.7 or 4.8 seconds. It should also run out of breath at the same maximum speed. 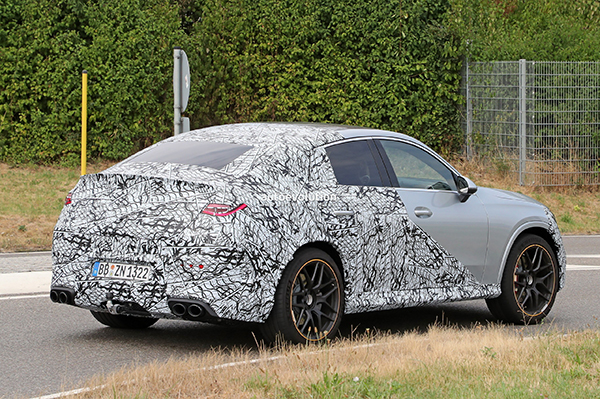 In addition to the sportier styling and punchy inline-four motor, look for a dedicated chassis setup, with firmer suspension, and beefier brakes. It should also feature bucket seats for the driver and person riding shotgun, as well as exclusive upholstery and trim, dedicated load and sub-menus in the infotainment system and digital dials, and the usual AMG badging all around.

Mercedes-Benz will probably unveil the new-gen GLC Coupe in a few weeks or months, and the Mercedes-AMG variants should follow towards the end of the year. Thus, they will likely be 2024 models by the time they start making their way to the United States.