Earlier this year, Mercedes revealed the new GLC, a compact SUV that competes with the Audi Q5 and BMW X3. The company will soon reveal the coupe version, which will rival the Q5 Sportback and X4, and two AMGvariants, including the flagship GLC 63 and a mid-level model with a name that’s currently under debate. We aren’t sure if it will use the existing “43” nomenclature or adopt a new “53” naming scheme. 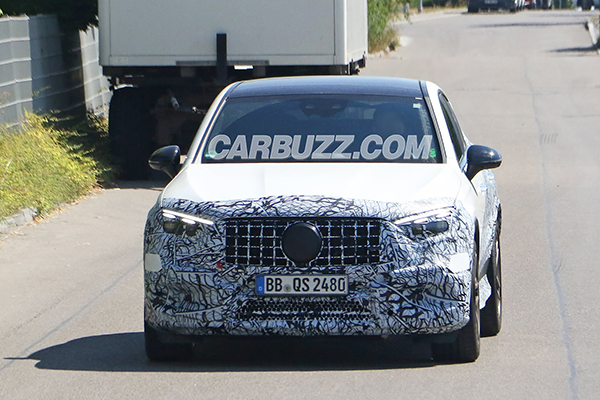 Whether it’s called the Mercedes-AMG GLC 43 Coupe or the GLC 53 Coupe, we just spotted the prototype testing for the first time. Our spy photographers have already captured the standard GLC 43/53 but this is the first time the coupe has been sighted. 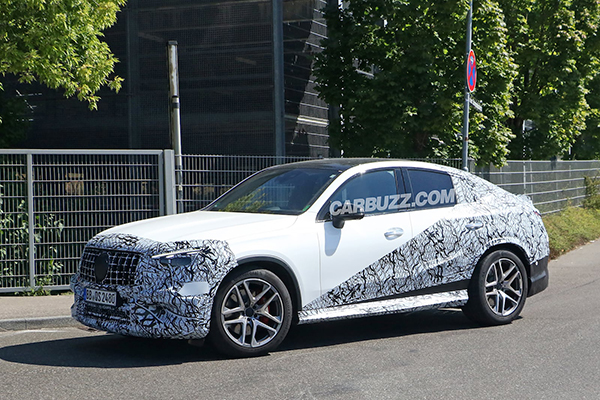 The test mule looks just as we expected; it has a sloping roofline as well as more aggressive wheels, exhaust, and spoiler. These are all similar to what we saw on the standard GLC 43/53, but Mercedes can charge more for the honor of having a coupe-like silhouette.

We still don’t know what number will be affixed to the back of the car, but based on the related C-Class sedan (which has a sporty C43 variant), we don’t trust the rumors claiming it will be called the GLC 53. Either way, we know this mid-level GLC will drop the outgoing model’s V6 engine in favor of a turbocharged four-cylinder. 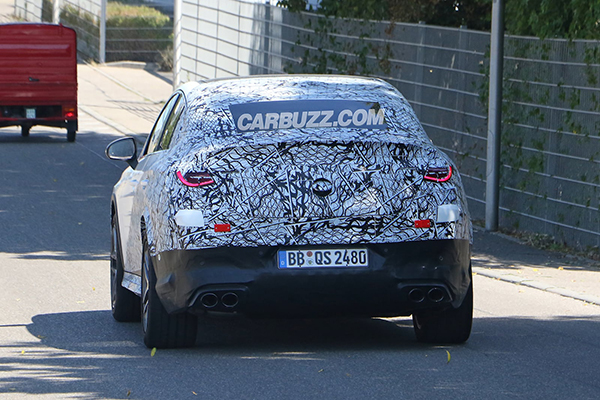 In the C43 sedan, the M139L engine is paired with a 48-volt mild-hybrid system that can contribute 13 additional horsepower for a total output of 402 hp and 369 lb-ft. Since the outgoing C43 and GLC 43 produced the same power, we don’t expect the new models to deviate (unless Mercedes has some tricks up its sleeve). At the top of the range, the GLC 63 will employ a plug-in hybrid system (also using a four-cylinder engine) which could deliver up to 670 hp.