The second-generation GLC Codenamed X254 has begun production at the Mercedes-Benz Bremen and Sindelfingen assembly plants. By the end of 2022, the compact luxury SUV will start production in Beijing as well. 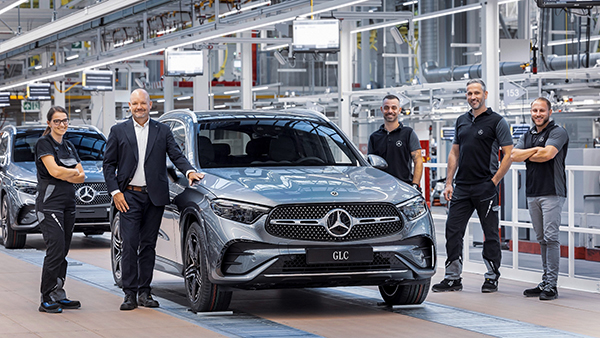 Described as a mid-size crossover, even though it’s based on the C-Class compact executive sedan, the GLC is the German automaker’s top-selling nameplate. Over in the United States, for example, it moved no fewer than 51,805 units last year, down from 52,626 due to the ongoing chip crisis. The GLE sold a few more, but on a global level, the GLC is the king of the hill.

Based on the MRA 2 platform of the S-Class and C-Class, the compact utility vehicle was revealed in June 2022 to mixed reception. On the one hand, Mercedes played it safe with the exterior styling. The interior is extremely similar to the C-Class, which isn’t a bad thing either. What lets the GLC down is the powertrain lineup, consisting exclusively of four-cylinder lumps with either mild-hybrid assistance or plug-in assistance.

Over in the Old Continent, where it’s manufactured, the X254 can be had with a 2.0-liter turbo gasser that Merc refers to as the M254. Prospective customers who still haven’t learned their lesson from the Dieselgate scandal are presented with a 2.0-liter turbo diesel known as the OM654. Both come with mild-hybrid technology as standard and plug-in tech as an option. 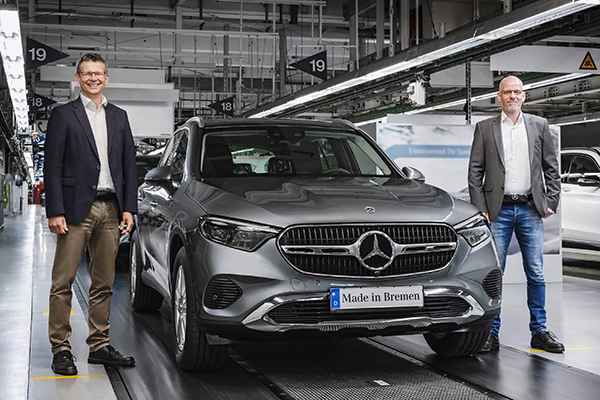 For the North American market, the 2.0-liter mild hybrid is the only powertrain available in the first instance. Good for 255 horsepower plus 23 ponies from the integrated starter-generator unit, as well as 295 lb-ft (400 Nm) plus 148 lb-ft (200 Nm), the GLC 300 can be had with either front or all-wheel drive in this part of the world. 2.4 inches longer than the preceding X253, the X254 comes in Premium, Exclusive, and Pinnacle trim lines.

“With the launch of the new GLC, we are once again demonstrating the flexibility and efficiency of our global production network,” said Jorg Burzer, member of the board of management responsible for production. “Within just a few months, our teams are successfully ramping up GLC production in close cooperation at three plants on two continents. Our fully digitalized processes enable our plants to be networked in real time, thus ensuring highly efficient and sustainable production,” concluded the official.