The next generation of the Mercedes-Benz GLC was caught undisguised by our spy photographers in Stuttgart, Germany, while it was being loaded into a truck. The SUV is set to debut this year with a cleaner look and new technology features. 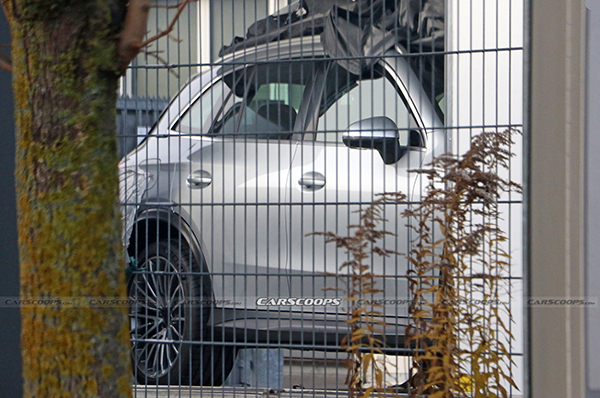 The next GLC made its spy debut in 2020, with prototypes shedding camouflage in 2021 giving us a better look at the exterior design and a little peek inside the cabin. Mercedes is continuing the development of its new SUV but this latest photo points out that the official reveal is inching closer. 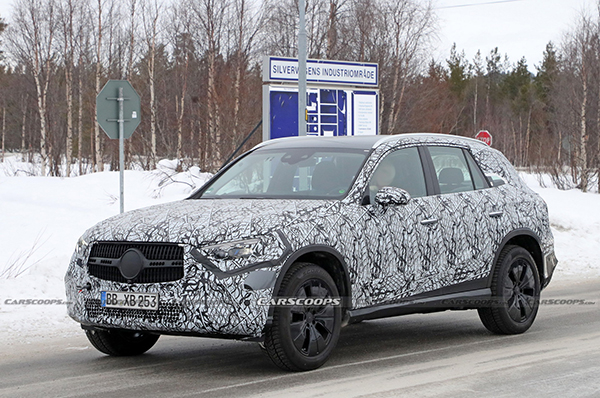 The profile of the GLC looks cleaner than before, shedding the character lines of the outgoing model and adopting more pronounced rear shoulders. The handles are positioned lower, the mirrors are mounted on the doors, and the window line is raised towards the back. The multi-spoke rims are also looking nice, with subtle plastic cladding on the wheel arches and the side sills.

Unfortunately, we can’t see the front end but from the camouflaged prototypes we know it will feature sleeker LED headlights and a similar grille since the model will remain ICE-powered. Overall the model is expected to grow in dimensions compared to its predecessor, offering more space inside the cabin. The dashboard will be mostly shared with the C-Class, which is based on the same underpinnings, including the 12.3-inch digital instrument cluster and the 11.9-inch infotainment screen for the MBUX infotainment, slightly angled towards the driver. 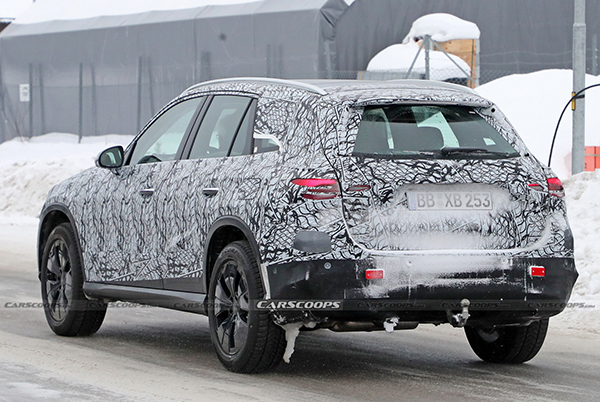 The engine lineup will also likely be shared with the C-Class, including four-cylinder petrol, diesel, and PHEV variants. As for the performance-focused Mecedes-AMG GLC 63, it will shed the old twin-turbo V8 for a more efficient plug-in hybrid system comprising a turbo 2.0-liter four-cylinder engine, and a rear-mounted electric motor. This powertrain is said to offer a combined output of over 644 hp (480 kW / 653 PS), although we don’t know how much it will make in the GLC.

The premiere of the new GLC will likely take place in September or October 2022, with the AMG variant following on a later date. The current generation was introduced back in 2015, with a mild facelift in 2019 keeping it fresh against rivals including the BMW X3, the Audi Q5, the Lexus NX, and the Volvo XC60.