The arrival of the Mercedes GLC for 2016 saw the company capitalize on the growing crossover trend, becoming the brand’s best-selling model in 2020. Mercedes hopes to continue that trend with the next-gen model that’s currently under development. Numerous spy shots have captured the model in various configurations, including the high-powered AMG GLC 63, though the latest batch shows off a quieter variant – the hybrid.

It might not be as loud nor as raucous as the AMG, though it shouldn’t be a slog to drive. The current GLC 300e hybrid pairs a 2.0-liter four-cylinder with an electric motor for a nice 315 horsepower (234 kilowatts) and a robust 516 pound-feet (700 Newton-meters) of torque. Mercedes massaged more twist from the powertrain for the 2020 refresh, though the next-gen model could receive an entirely new setup. Details are scarce at the moment, though now would be the time for Mercedes to make the hybrid more efficient and more powerful with new hardware. 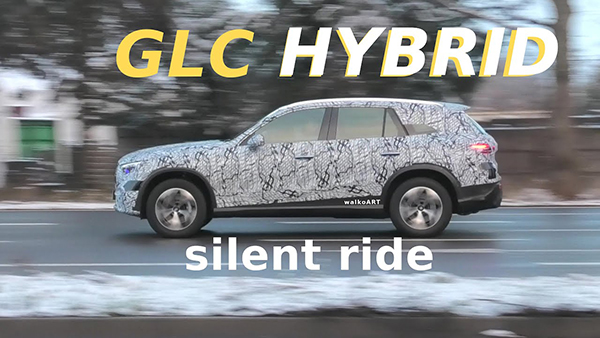 Mercedes has kept the crossover covered in camouflage, though the design changes underneath won’t be earth-shattering. We expect Mercedes to give the model a modest yet familiar-looking redesign that doesn’t stray too far from the current model. However, it does appear as if the new GLC is a tad larger than the outgoing version, which should translate into improved cabin and cargo space. Mercedes will completely revamp the interior, borrowing its styling cues from the luxurious S-Class.

It’s unclear if this test vehicle is a standard hybrid or a plug-in variant, though the company is trending toward more and more electrification. We likely won’t know for sure what powertrain it has until Mercedes reveals the updated model sometime in 2022 before it goes on sale for the 2023 model year. The hybrid variants should arrive alongside the regular model, though you should expect the high-powered AMG trims to debut sometime after the regular GLC breaks cover.