The all-new Mercedes-Benz GLC set to debut later this year has been spied testing numerous times since 2020, but these latest spy shots are the most revealing yet. The SUV has lost most of its camouflage wrap exposing the entire profile and upper body sections and leaving little to the imagination. 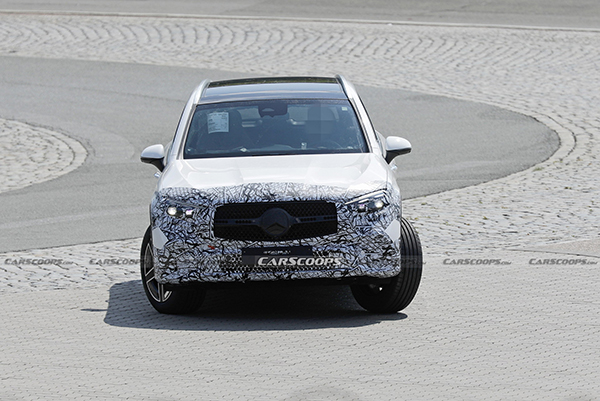 The new photos are following shortly after Mercedes teased the GLC with a star-infused camo wrap. Compared to the outgoing GLC, the new generation adopts cleaner styling and surfacing. 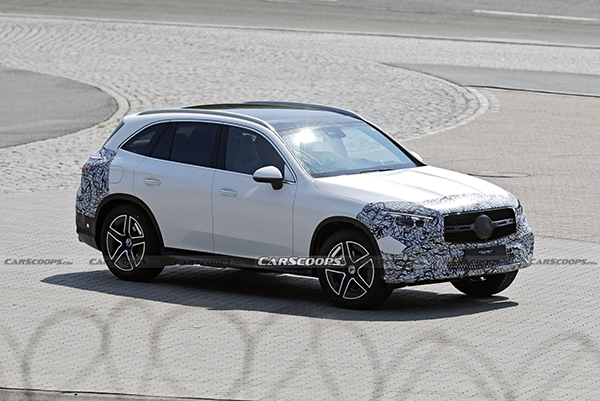 The lack of camouflage reveals the new dynamic lines over the front and rear fenders, the rather discreet plastic cladding on the wheel arches, a set of duo-tone five-spoke alloy wheels, and a panoramic glass roof. The front and rear fascias are still camouflaged, hiding the new sleeker full-LED lighting units, and the more modern bumper intakes. 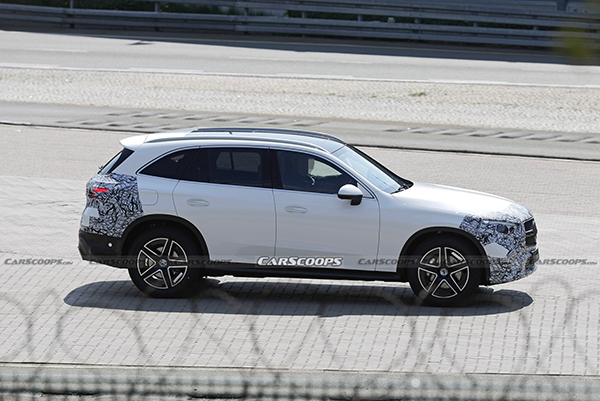 Previous spy shots have given us a peek inside the cabin, where the GLC is expected to receive the digital cockpit and a similar dashboard design from the mechanically-related C-Class. This comprises a 12.3-inch digital instrument cluster and a portrait-orientation 11.9-inch infotainment touchscreen on the inclined center console, integrating the latest MBUX software. 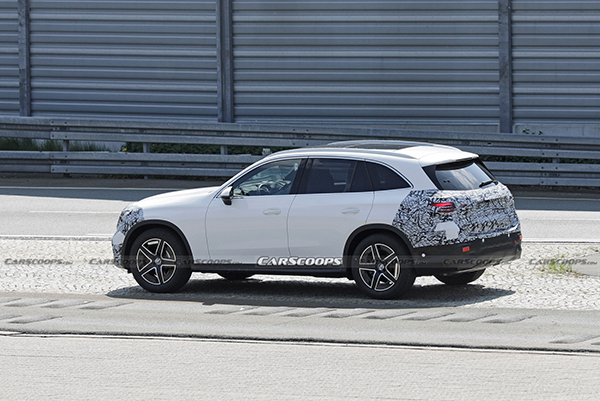 The four-cylinder-only engine range is also expected to mirror the one in the C-Class. The Mercedes-AMG GLC 63 will likely sit at the top of the range with a plug-in hybrid powertrain set to produce over 644 hp (480 kW / 653 PS). Below that, we could also see an also AMG-branded GLC 43 fitted with a mild-hybrid turbocharged 2.0-liter engine producing 402 hp (408 PS) just like in the recently-revealed C 43. 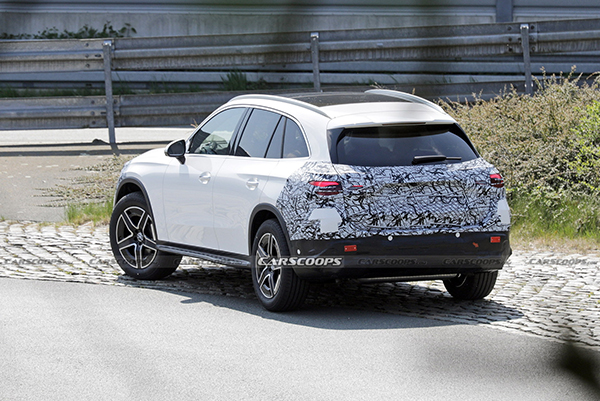 The Mercedes-Benz GLC is not the only model in the segment that is up for serious upgrades since Audi is working on the new generation of the Q5. Other rivals include the facelifted BMW X3, Volvo XC60, and the soon-to-be-updated Alfa Romeo Stelvio.