Make that high-riding alternative to those favoring style over substance, because the more practical GLC 63, signed by Mercedes-AMG, is also in the making. The only thing separating it from the Coupe variant is the sloping roofline that eats into the headroom of rear-seat occupants, and into the cargo area. 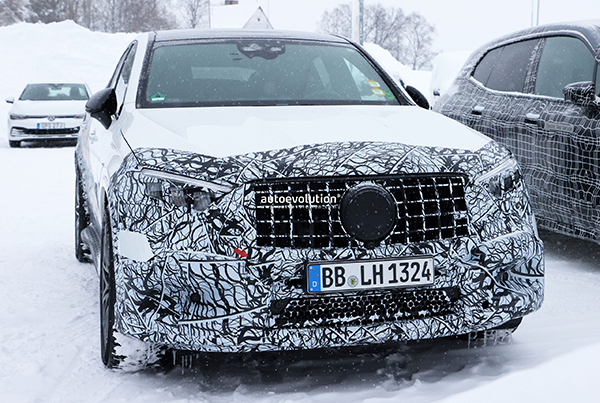 Since both of them are pretty much identical beneath the skin to the latest C 63, and the regular models to the C-Class for that matter, they will pack the same electrified powertrain, which came to replace the old V8. This is big news if you lived under a rock until now, and something that petrolheads have known for quite some time now.

Breathing air from behind the Panamericana grille is a 2.0-liter turbocharged four-cylinder engine that is anything but sonorous, especially at low speeds. The gasoline burner is backed up by a rear-mounted electric motor, in turn fed by a 6.1 kWh battery pack. And the good news is that the entire assembly works together to develop a very impressive 670 hp (680 ps/500 kW) and 752 lb-ft (1,020 Nm) of torque. 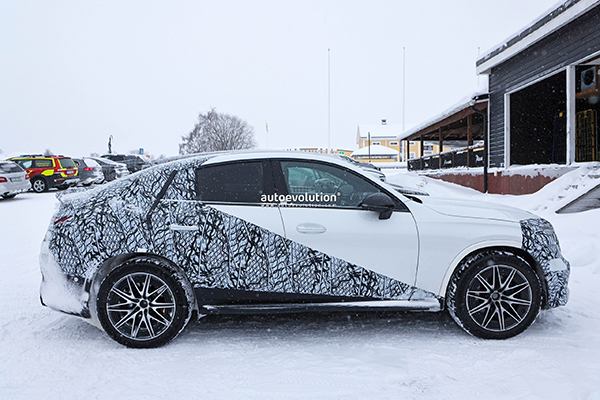 That’s how much the new C 63 has on tap, and we suspect that the two GLC 63 models, namely the ‘SUV’ (crossover) and ‘Coupe’ (fastback), will boast too. Since they will be slightly heavier, they should also be a bit slower to 62 mph (100 kph). The super sedan, which guns for the likes of the BMW M3, does the sprint in 3.4 seconds, and the high-riders will probably be one or two tenths of a second slower. Top speed might be capped at 174 mph (280 kph).

As for the latest GLC 63 prototype caught by our spies, it was snapped in a parking lot in Sweden, close to the Arctic Circle. You are looking at the Mercedes-AMG GLC 63 Coupe, which will visually distance itself from the Benz variants by featuring a large grille with vertical slats, sportier front and rear bumpers, and beefier side skirts. A retuned chassis will be part of the upgrades, with stiffer suspension, and it will get uprated brakes, exclusive wheels, and the AMG badging all around. 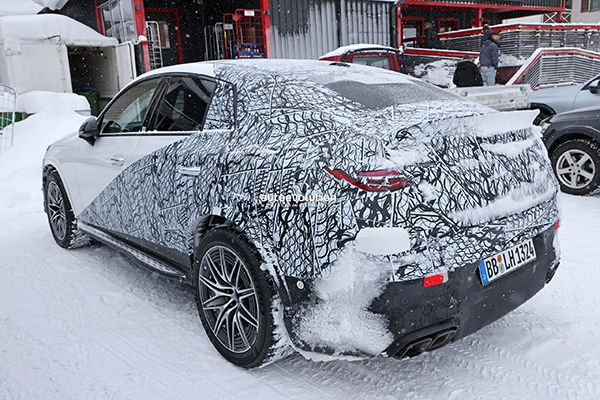 A pair of bucket seats will be found inside, wrapped in exclusive upholstery, just like the rest of the interior, next to dedicated sub-menus and load screens for the digital dials and infotainment system, and other gizmos that will further separate it from the lesser versions.

When will we see the GLC 63 Coupe without any camouflage in an official environment? Probably in a few months, and likely before the end of the year, the rumor mill suggests. Chances are that by the time it starts arriving at dealers, it will be a 2024 model.