Mercedes-Benz is working on a whole family of electric vehicles which should include a zero-emission version of the GLA crossover. Tentatively called the EQA, this vehicle has already been spotted testing on public roads in Scandinavia and new renderings try to see through the camouflage to reveal the final design of the EV. 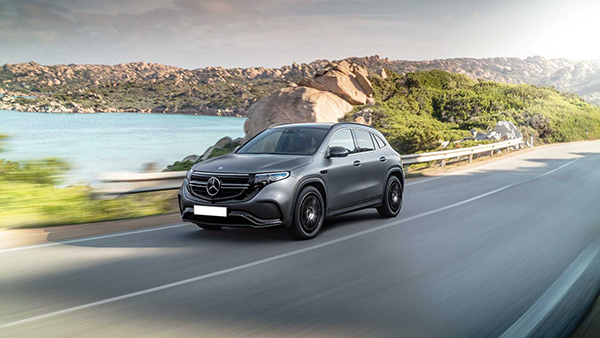 Everything looks as you’d expect – the overall body dimensions and proportions are very similar to the GLA with one major difference being the more prominent front fascia. Clearly inspired by the EQC electric vehicle, it features a closed-off grille flanked by darkened headlights with integrated blue styling elements.

At the back, the modifications compared to the GLA this rendering proposes are even less visible with the most notable one being the LED strip connecting the taillights. The lower section of the bumper has also received a new design to reflect the obvious lack of exhaust pipes. As a final touch, the EQA has received a matte silver exterior finish and a set of glossy multi-spoke wheels. 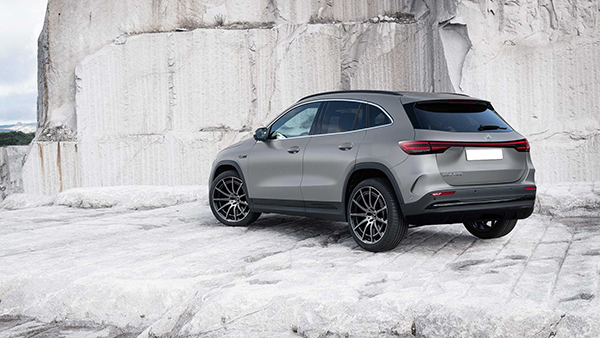 According to preliminary information, the production EQA should be motivated by a purely electric powertrain with an estimated maximum range at a single charge of 298 miles (480 kilometers). That’s about all we know so far as Mercedes remains tight-lipped but reports suggest several different output variants are in the cards together with a possible AWD model.

Given the recent launch of the new GLA, we expect to see the final production version of the EQA to debut in at least 12 months from now. However, a concept previewing the electric crossover could be unveiled as early as March next year to give us a sneak peek at what’s going to be available at Mercedes showrooms very soon.