For example, only 12 months passed between the reveal of the gorgeous Mercedes-AMG GT Concept and the introduction of its production version, a Porsche Panamera rival called the Mercedes-AMG GT Four-door Coupe. 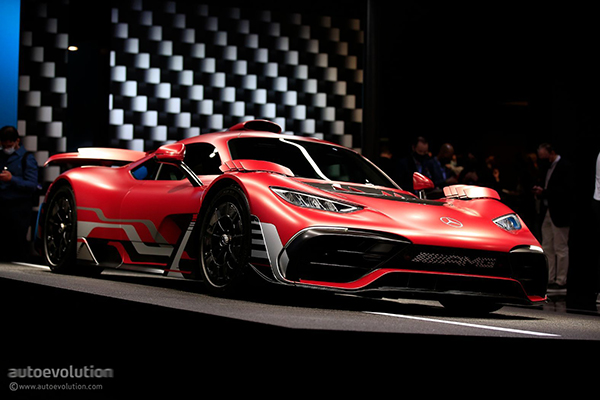 Either way, it’s become normal to keep these kinds of reveals close together, especially in such fast-changing market conditions.

This is why the continuous postponement of the bonkers Mercedes-AMG One hypercar in production-spec is completely out of the ordinary, despite all the hurdles that the project has faced over the last couple of years.

Presented with pomp and circumstance at the 2017 edition of the now defunct Frankfurt Motor Show, the Mercedes-AMG Project One hypercar was unveiled just in time to complete the celebrations for AMG’s 50th anniversary.

No less than four years have passed since the concept car was shown, with the project having met a ton of issues on its way to becoming a truly road-legal car that has a Formula 1 engine as its heart, an industry first.

Sure, Ferrari also had somewhat of an attempt of delivering F1 technology to the road back in the 1990s with the F50, whose 4.7-liter V12 was actually derived from the 3.5-liter twelve cylinder used on a Formula 1 car a few years prior. 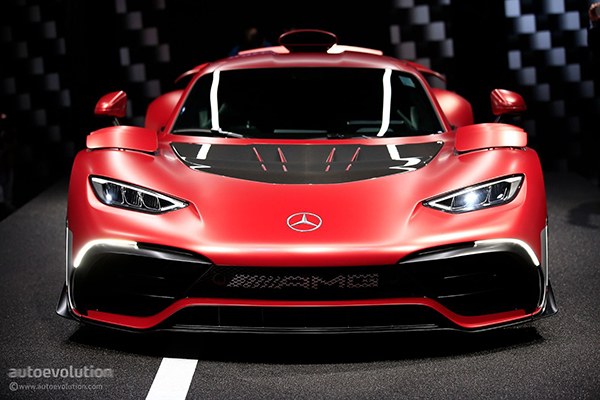 That said, Mercedes-AMG took an actual F1 powertrain out of their championship-winning 2017 car and put it with mild modifications inside a car that is homologated for public roads.

Two of the hurdles encountered by the Project One on its way to production were pretty obvious from the start, one of them being reliability and the other one drivability.

Affalterbach’s and Brixworth’s AMG engineers managed to surpass both by lowering the idle speed of the internal combustion engine from a race-ready 5,000 rpm to around 2,000 rpm, while also upgrading some internal parts to sustain lower engine speeds in traffic.

These two issues were the main reason for the car’s first postponement, as it was originally supposed to begin production sometime in 2018.

The problem is that it didn’t start production in 2019 or 2020 either, one of the issues encountered by then being the bespoke 8-speed transmission, which is an automated manual that has no reverse gear and is also based on the gearbox found in the F1 single-seater. 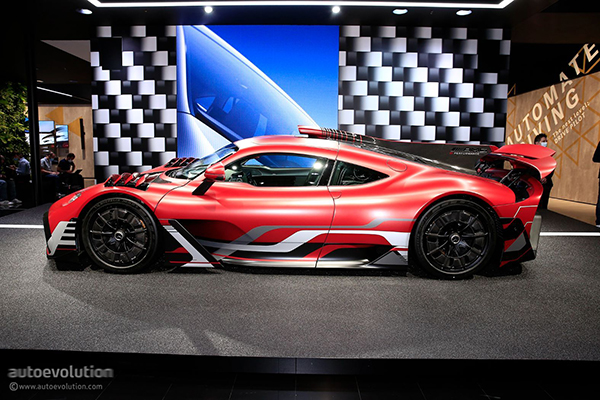 The One was supposed to engage reverse strictly by using the two front-mounted electric motors, which can operate separately from the main engine.

As most of you know, the Mercedes-AMG One is to be powered by a turbocharged, 1.6-liter V6 that can rev to over 10,000 rpm, accompanied by no less than four other electric motors.

In other words, we should be looking at the craziest hybrid hypercar the world has ever seen. One of the electric motors is integrated into the turbocharger, another one is linked directly to the engine’s crankcase and the other two drive the front wheels of the car.

Unlike any other production car in history, the 1.6-liter V6 uses four overhead camshafts that are driven by spur gears, while the traditional mechanical valve springs have been replaced by pneumatic springs, and it should deliver around 700 horsepower on its own.

On top of it, the mill is expected to deliver an efficiency of around 40 percent, which is mind-blowing compared to any other internal combustion engine that can pass all emissions and regulations. Most modern production ICE hover around the 33-38 percent efficiency mark. 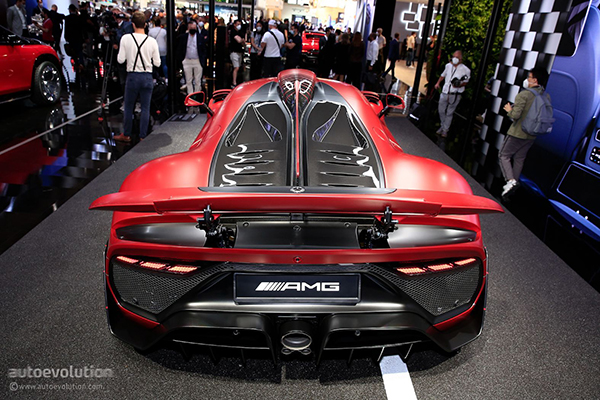 To keep the engine’s life at a reasonable 50,000 km (31,000 miles) without a rebuild, especially when working with type of fuel found on public gas stations, the F1 car’s insane 11,000+ rpm limit has been decreased, while still remaining stratospheric when compared to just about any other production engine.

The single turbocharger is by itself a work of art, with the exhaust gas and compressor turbines being separated from one another, with a 122 hp electric motor situated on the shaft that connects them. The motor can drive the compressor turbine with up to 100,000 rpm in an instant, getting rid of any possible lag.

On top of it, the electrified compressor can use part of the otherwise wasted energy of the exhaust system to generate electricity, storing it in a lightweight and very high-voltage li-ion battery.

In fact, the Mercedes-AMG One is supposed to be the first road-going Mercedes to feature an 800V electrical system, with other EVs from the carmaker only having a 400V system until this time.

The additional electric motor, developing 163 horsepower, is installed directly on the engine and is linked to the crankshaft via a spur gear, just like in Formula 1, effectively becoming an MGU-K (Motor Generator Unit Kinetic)

Two more electric motors, each developing around 163 horsepower, are sending power exclusively to the front wheels, making the One not only all-wheel-drive but also providing it with real torque vectoring.

Together, all these power sources should develop a combined output of well over 1,000 horsepower, although that target might have been achieved and left behind a long time ago. 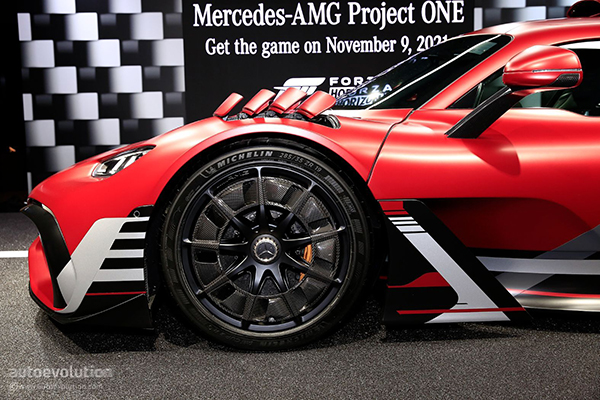 So, what went wrong again, you ask? We’re nearing the end of 2021 and the Mercedes-AMG One is yet to start customer deliveries or even production. The only way you can experience what is allegedly the end product is by playing the latest Forza Horizon game, while a prototype garnished with a reddish wrap and E-Performance logos can be seen from up close at the IAA 2021 in Munich.

According to unnamed sources close to the matter, the project is largely finished, but the latest snag is related to European noise regulations, which are normally easy to pass for modern AMG by fitting more sound-deadening for the occupants and a gasoline particulate filter on the exhaust.

That last part is actually mandatory for all modern engines with direct injection, which the 1.6-liter has, but is found in no shape or form on Formula 1 cars.

In other words, the One is too loud, and the fitment of extra parts on a car that is complicated enough to begin with has created has trickled down to create even more issues, which are related to both performance and comfort.

The latest rumors suggest that the car will indeed be revealed in production form later this year, as it would be a horrible marketing mishap to put an end to the project so late and after so many teasers.

The wait has been long, but the end result might surprise a lot of people, as insiders are quoted to also talk about a One version that will be used to completely demolish the Nurburgring lap time for road cars, with around 6:00 minutes or less being expected.