One delay after another, Mercedes-AMG’s ONE hypercar project keeps growing longer in the tooth. So much so that automotive virtual artists are going out of their usual CGI business way to play with it. 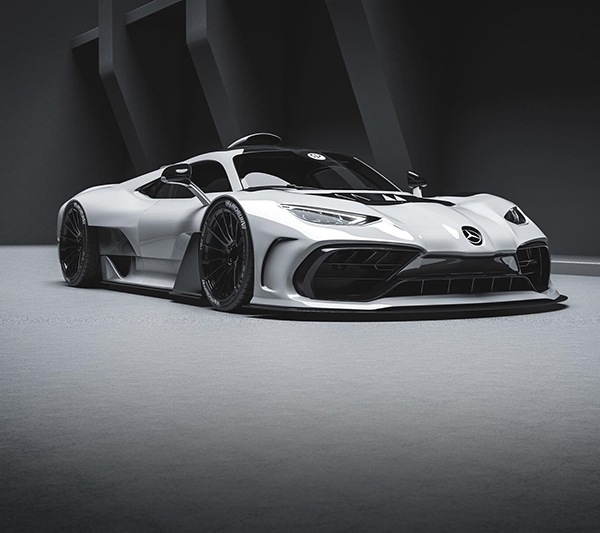 Presented back in September of 2017 as the highlight of AMG’s 50th anniversary, Project ONE did just one thing in the meantime: got its name shortened to just ONE. Well, that is an understatement. There were also numerous delays. As well as an even higher amount of prototype sightings to keep us enticed.

According to the latest report, early 2022 might be the latest bracket for initial deliveries – just in time for a skirmish with the first Aston Martin Valkyrie customer cars that hit the road. Meanwhile, after lots of testing for the fastest and most powerful road-going Mercedes-AMG in history, there is always room for… some virtual apparitions.

Naturally, everyone already knows that a digital Mercedes-AMG ONE has already been an action racing star in last year’s Forza Horizon 5 video game. There, it joined players in a “hyper-real open world in which the landscape of Mexico was recreated,” partly to allow the “amazingly realistic special experience of driving the ultimate top model from Affalterbach.”

Well, now it is time for a different kind of virtual experience, courtesy of pixel master Rostislav Prokop – better known as “rostislav_prokop” on social media. Although based in the Czech Republic, he is well versed in the world of classic and modern American muscle cars. The CGI expert sometimes also dabbles with cool JDM stuff, but the Euro stuff is less and less visible on his Instagram feed.

Nevertheless, he probably decided it was high time to play with something exotic stemming from the Old Continent. So, after a crimson widebody Porsche 911 from the 964 era led the slammed, digital restomod way, it was time for something modern. A subtle makeover of the Mercedes-AMG ONE might be contrary to his CGI tradition, though.

Yet here it is, flaunting ever so slight modifications that show the utmost respect for the inspiration model. Naturally, this will easily transform into a cool game of spot the CGI differences.