I can’t stress how bad that is for the mad professors in Affalterbach, the racing team in Brackley, and the Stuttgart-based automaker that describes itself as “the best or nothing” without delivering on that promise. The question is, what kind of issues have come up on this particular occasion? 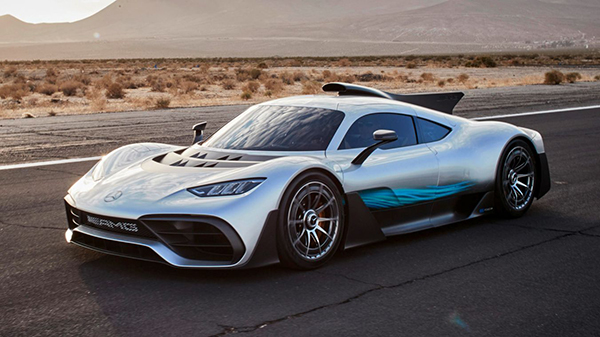 Mercedes-Fans.de reports calibration-related hurdles, most likely related to the 1.6-liter turbocharged V6 engine. A high-revving powerplant derived from the championship-winning W07 racing car is no pussycat on public roads, especially at idle. There’s also the problem of exhaust sound, which is regulated in both the European Union and the United States of America.

Initially postponed to autumn 2021, the 2022 model year Mercedes-AMG One is expected to feature a redesigned exhaust system as well as a piece of aerodynamic trickery from the 2017 Formula 1 season. Hearsay suggests the addition of the T-shaped wing that looks ridiculous even though it efficiently produces downforce with minimum drag penalty at high speed.

Only 275 examples will be produced, and every single one is spoken for because nothing compares to a hypercar with Formula 1-proven hardware. To be assembled in Brackley, the One combines a high-output powerplant with MGU-H and MGU-K systems plus two electric motors up front. It’s an e-AWD land missile that corners like nobody’s business, which is why the One is expected to lap the Nurburgring circuit in less than six minutes.

Priced at $2.72 million apiece, the hypercar does come with strings attached. Reservation holders can’t flip their build slots or delivered cars for a quick profit, a contractual obligation that mirrors Aston Martin with the glorious Valkyrie and the Ford Motor Company with the V6-engined GT.

Speaking of high-end automobiles, the Valkyrie is arguably the closest alternative to the One, although it features a free-breathing V12 and a Rimac-developed kinetic energy recovery system. The British hypercar’s relation to the world of Formula 1 comes in the guise of Red Bull Racing chief technical officer Adrian Newey, who aided in the design of the Valkyrie.