Is This Still Happening?
It’s been so long since the initial announcement of Mercedes-AMG’s F1-inspired hypercar, that most of us have basically just moved on with our lives. In the first couple of years of the car’s development, any small update would have us at the edge of our seats. 4 years into it, however, seeing a news piece about the Project One mostly evokes the following reaction: “Oh yeah! I forgot that was happening!” 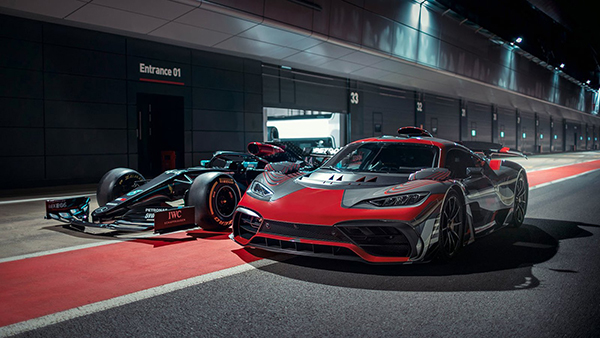 It’s Been So Long
The process has taken so long that since the concept was presented, the head of AMG Tobias Moers has left the company to join Aston Martin. Plus, the car’s name was changed from Project One to One, and now back to Project One again. The idea of putting an insanely advanced and complex Formula 1 power unit into a road car was alluring to most. But you have to wonder if Moers is happy he doesn’t have to deal with that headache anymore!

What’s The Hold-Up?
Well, perhaps it was a bit premature to start showing off teasers of an upcoming hypercar before any sort of development progress was made. But Mercedes-AMG felt confident that they had it under control. As time has passed, it has become apparent that the main reason for the delay has been re-engineering the F1 power source to meet road-legal emissions standards. 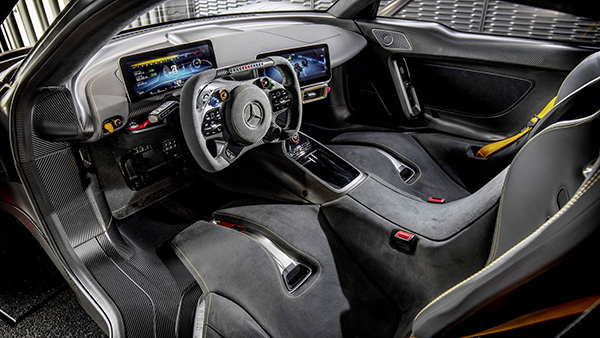 Emission Compliance
Let’s talk for a second about what goes into the F1-inspired hybrid powertrain. At the core, there is a 1.6-liter V6 ICE featuring forced induction courtesy of a split turbocharger, with compressor housing at the front and the turbine at the back. Then, there’s the electric drive system, which consists of 4 electric motors: one for each front wheel, one to help the turbo spool up, and one that sends additional power to the crankshaft.

Idles Too High
The ICE is rated at around 750 horsepower, while the hybrid electric system adds just over 400 horses. The car will also be capable of a FWD EV-only driving mode. The problem is that the F1 engine is designed to idle at 5,000 RPM. And in order for the car to pass emissions, it would need to have a very stable idle at 1,200 RPM, a task that requires a significant amount of work on the way the engine is set up. And that is precisely the answer to the question: “What’s taking them so long?”

Coming Soon…ish?
So, while we patiently await the AMG engineers to work their magic, the company has treated us with another teaser, showing off a new livery for the hypercar. No concrete announcements or solid timelines just yet. But the car is being referred to as the 2022 Mercedes-AMG Project One. Some worry that with the numerous delays, this project might suffer the same fate as the NSX. But given the vastly different demographic of the AMG beast, we’d say no such comparison is valid.