The Mercedes-AMG One has begun testing ahead of its launch later this year, with a new video giving a glimpse of the F1-engined hypercar in action in the presence of six-time world champion Lewis Hamilton.

The £2.4 million, plug-in hybrid One will develop 986bhp, acting as a technological flagship for Mercedes’ road car line-up. The car will act as a rival to the Ferrari LaFerrari and the forthcoming Aston Martin Valkyrie. 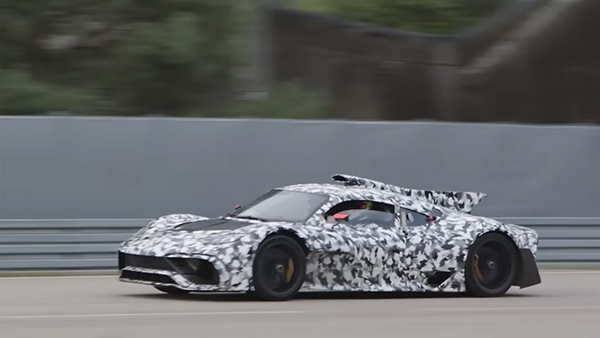 Mercedes-AMG One: engine and performance
When it arrives, the Mercedes-AMG One should be the closest thing we’ll ever see to a Formula 1 car for the road. It uses a version of the 1.6-litre turbocharged V6 hybrid engine that has powered Mercedes to six consecutive drivers and constructors F1 titles since 2014, and is assembled in the same Mercedes High Performance Powertrains plant in Brixworth.

The V6’s 11,000rpm rev limit is lower than the race cars’ (which are capped at 15,000rpm, but rarely pass 13,000rpm in reality), but the ONE’s plug-in hybrid system – which features four electric motors in total – compensates by delivering more electrical output. 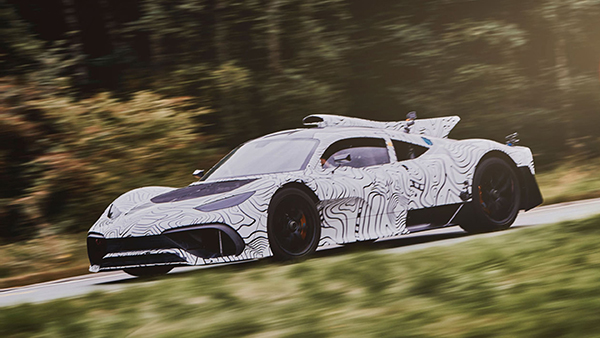 One of the electric motors forms part of an electronic turbocharger in a bid to reduce turbo lag, while another is linked to the crankcase to augment the 1.6-litre engine’s output with an additional 161bhp, feeding off excess energy from the turbo system. Two more 161bhp motors drive the front wheels to give the AMG One four-wheel drive.

Mercedes says that the AMG One’s 986bhp translates into a top speed in excess of 217mph, while 0-124mph takes less than six seconds. No 0-62mph figure has been given at this stage, although it’s likely to be less than three seconds. 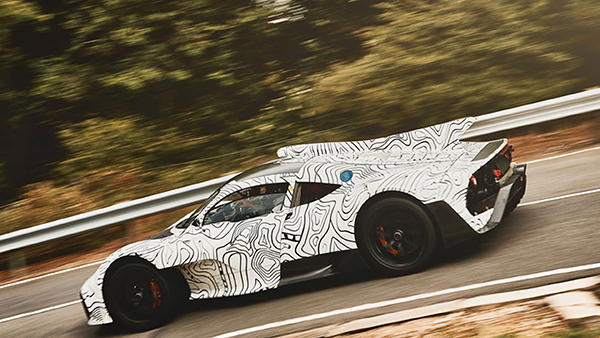 The electric motors are fed by an array of lithium-ion cells, mounted on the chassis behind the front axle, identical in type and arrangement to those used in the Mercedes F1 car. However, the AMG One’s battery has far more cells; enough to unlock an all-electric driving range of around 15.5 miles. 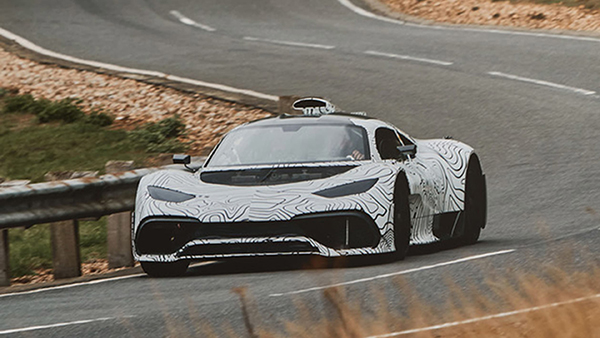 Design, interior & aerodynamics
Like a previously sighted test vehicle, the mule seen in the video above isn’t a production model; items like the exposed bonnet intake and rudimentary quad-exit exhaust setup are expected to change between now and the car’s launch. However, most of the hypercar’s bodywork – including the scissor doors and enormous rear fin – should be transferred onto the production model untouched.

The interior is equally rudimentary and will be trimmed with more user-friendly seats, cladding and controls, in place of this prototype’s racing-derived steering wheel and bucket seats. 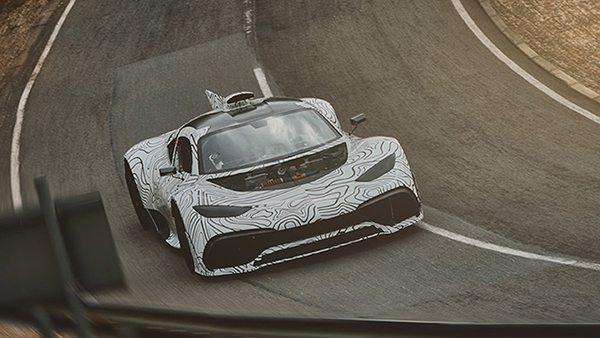 Mercedes describes the cabin as “Formula 1 for two.” Inside, there’ll be a pair of heavily bolstered bucket seats with adjustable backrests and an F1-inspired square steering wheel. The skinny, uncluttered carbon-fibre dashboard will house two 10-inch displays: one behind the steering wheel and the other mounted in the centre console. A third screen is linked to a camera on the car’s rear bumper and acts as a rear-view mirror. 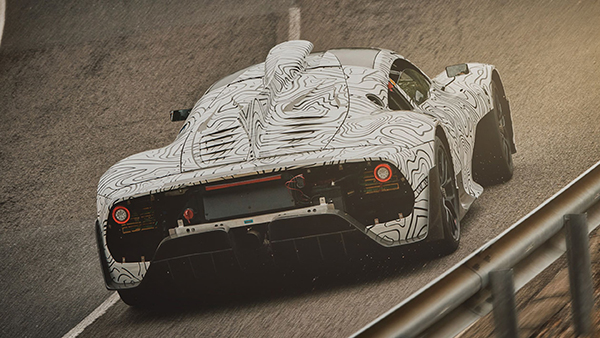