Mercedes-AMG GT 63 S E Performance 4-Door Coupe has a long and rather confusing name since it not only lacks a 6.3-liter engine, but it’s also not a coupe. Some would even argue it’s not a four-door model either as the liftback body style usually carries the five-door label. Once you get past its uninspiring moniker, there’s a lot to like about AMG’s first production PHEV. 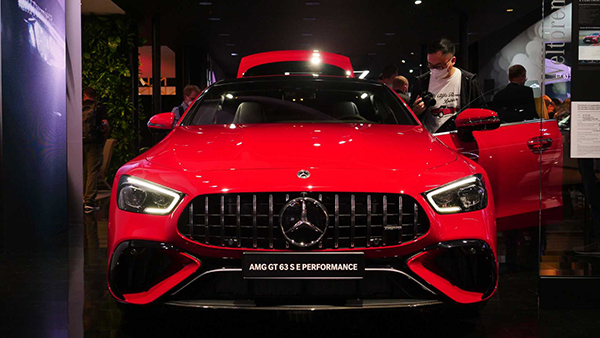 Debuting in the metal today at the IAA Munich show in Germany, the new E Performance serves as the range topper in the lineup with a familiar look that might trick you into believing it’s the “regular” 63 / 63 S model. However, a closer look reveals a more aggressive front apron that takes after the two-door AMG GT, while the rear bumper hosts a cap to conceal the charging port.

Fresh 20- and 21-inch alloy wheels available in two different colors further separate the plug-in hybrid version from the regular models, as do seven new body paints that are being introduced with the E Performance. Overall, the changes are rather subtle and perhaps AMG should’’ve put in more effort to spice up the exterior design of its new electrified grand tourer.

It will go up against another PHEV GT that has an impossibly long name, Porsche Panamera Turbo S E-Hybrid, by associating a twin-turbo 4.0-liter V8 with a rear-mounted electric motor. With a maximum combined torque exceeding 1,033 lb-ft (1,400 Nm), it’ll trump even large American diesel trucks such as the Chevrolet Silverado HD with its 910 lb-ft (1,234 Nm) coming from a 6.6-liter Duramax V8. 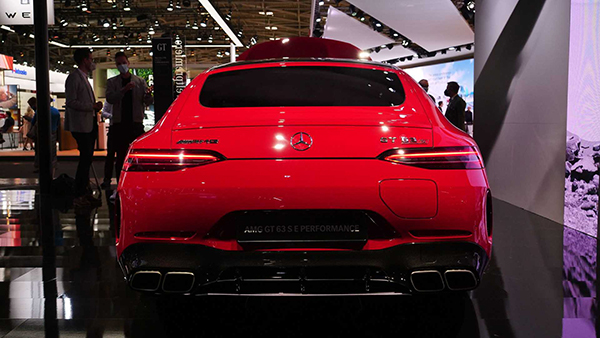 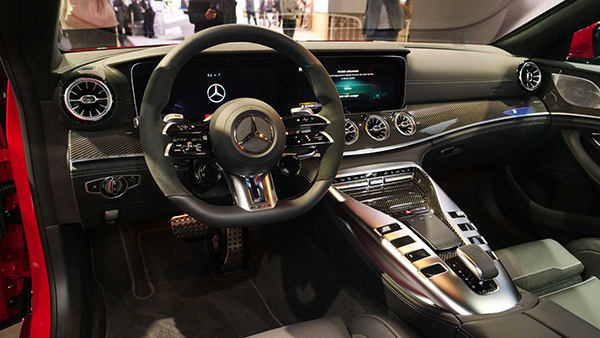 AMG mentions the tiny 6.1-kWh battery was developed primarily for “fast power delivery and draw” rather than to provide a long electric range, so the seven and a half miles (12 kilometers) achievable in zero-emissions mode should not come as a disappointment. The battery pack weighs just 196 lbs (89 kg) and works at an optimum temperature at all times thanks to some clever cooling solutions. 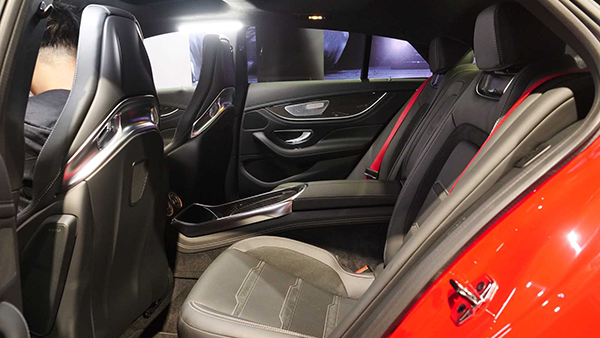 The GT 63 S E-Performance shares the spotlight in Munich with several fully electric Mercedes models, some production cars while others are concepts. The EQS is attending the show in a spicy AMG 53 configuration and is joined on stage by the Maybach-branded EQS SUV as well as the smaller EQE sedan. Not only that, but Mercedes has also brought an EQG concept to signal plans for an electric G-Class coming in 2024.