Mercedes-Benz has yet to produce a rear mid-engine vehicle to rival today’s supercars. Sure, the Mercedes-AMG GT Black Series is at that level in terms of power output, among others, but the German marque isn’t really keen on making flashy cars with engines behind the seats. Well, there was one, the CLK GTR, but that model was only created to homologate its race car version. 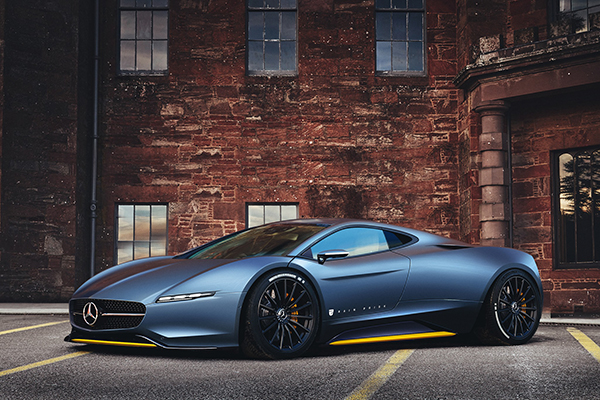 But can imagine if Mercedes decides to do so? Digital artist Rain Prisk did so and here’s his take on a Mercedes-AMG rear mid-engine supercar that will rival the like of an Audi R8.

At first glance, the fan rendering gets an expected design, bearing the current Mercedes-AMG design language. It gets a typical rear mid-engine styling, with the greenhouse biased in a forward position. We’re not quite sure about those thin headlights, though, but the rest of the rendering looks okay. For what it’s worth since we’re not really used to seeing this type of Mercedes, we’ll still take the AMG GT at any time over this fictional supercar

Currently, the nearest thing to a supercar that Mercedes has in the pipeline is the Mercedes-AMG One, which will have electric motors and an internal combustion engine at the back.

The last time we’ve heard about the AMG One was back in August when it hit the race track. However, Mercedes is still developing the hypercar, though there have been several improvements such as equipping it with its final power unit. It’s still the roadgoing version of the turbocharged 1.6-liter V6 that powers the Formula 1 cars. The AMG One is expected to produce up to 1,000 horsepower (746 kilowatts) and rev to 11,000 rpm.

We’ll never know if Mercedes has a less exotic supercar slotting below the AMG One in its lineup. But for now, this fictional rendering is the closest thing.