Our spy photographers have snapped the Mercedes-AMG One hypercar tackling the Nurburgring. The 986bhp rival for the Aston Martin Valkyrie will break cover later this year, sporting an F1-derived powertrain and plenty of aggressive active aero 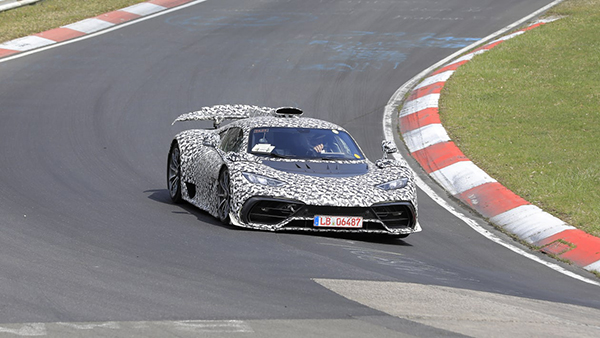 These latest images show the Mercedes-AMG One’s various active vanes in operation. Scroll through the images and you’ll see the flap on the rear wing change its angle of attack as the driver passes through the corner and onto the straight. The vents above the front wheels are also wide open to allow turbulent air to escape from the wheel arches.

For the past few months, Mercedes-AMG’s engineers have been putting the £2.4 million One hypercar through its paces, making sure its electrical system and complex Formula 1 title-winning hybrid power unit offers the driveability buyers expect from a production car. 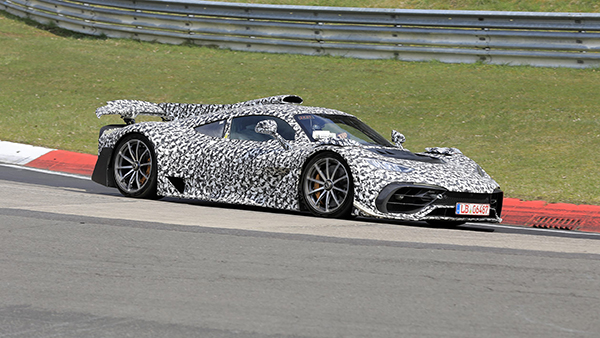 Unlike the F1 power units, whose hybrid systems only provide boost to the combustion element, the AMG-One’s hybrid system can drive the wheels directly, enabling zero emissions running.

A previous teaser also offered a glimpse at the hypercar’s production-ready interior. It includes a digital rear view mirror, which is a necessity as the rear space normally reserved for a rear window is obscured by a louvred engine cover and an enormous F1-style shark fin.

Certain elements of the car’s design have also been refined from earlier prototypes. This new mule sports larger door mirrors on longer stalks and a triple-exit exhaust system, which mimics that of the German brand’s F1 car. 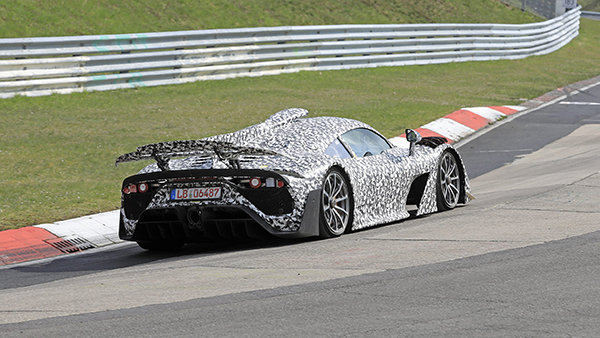 Mercedes-AMG One: engine and performance
When it arrives, the Mercedes-AMG One will be one of closest things we’ll ever see to a Formula 1 car for the road. It uses a version of the 1.6-litre turbocharged V6 hybrid engine that has powered Mercedes to six consecutive drivers and constructors F1 titles since 2014, and is assembled in the same Mercedes High Performance Powertrains plant in Brixworth. 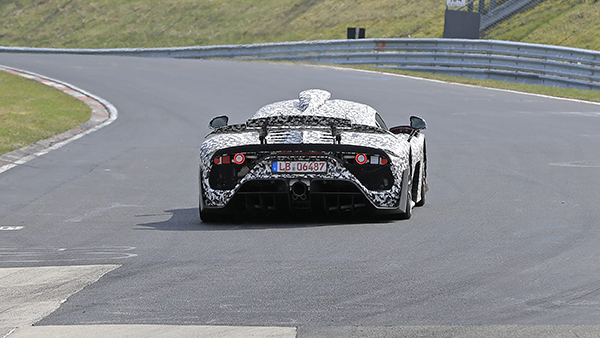 One of the electric motors is mounted to the turbocharger, to spin the impeller up to speed and reduce turbo lag, while another is attached to the crankcase to top-up the 1.6-litre engine’s output with an extra 161bhp, feeding off excess energy from the turbo system. Two more 161bhp motors drive the front wheels to give the AMG One four-wheel drive.

Mercedes says the AMG One’s combined 986bhp is enough for a top speed in excess of 217mph, while 0–124mph is dealt with in less than six seconds. No 0–62mph figure has been given at this stage, although it’s likely to be less than three seconds. 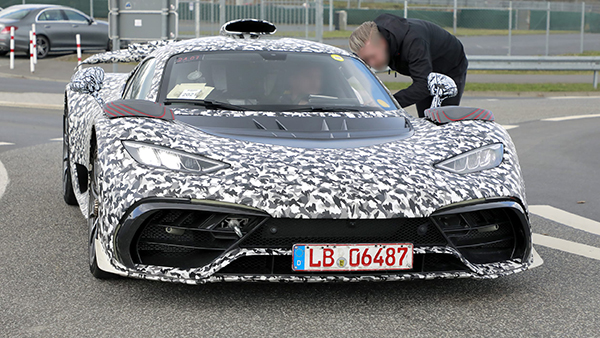 The electric motors are fed by an array of lithium-ion cells, mounted on the chassis behind the front axle, identical in type and arrangement to those used in the Mercedes F1 car. However, the AMG One’s battery has far more cells, which offer enough power for an all-electric driving range of around 15.5 miles. 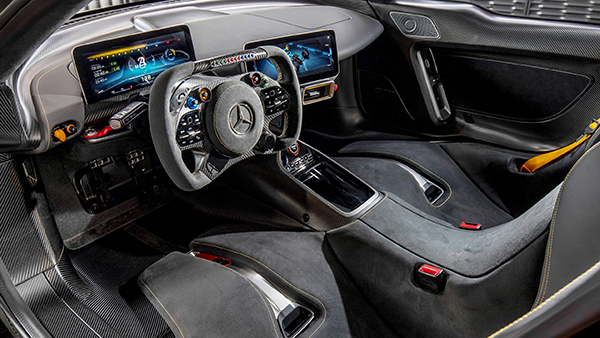 Mercedes-AMG One: design, interior and aerodynamics
Mercedes describes the cabin as “Formula 1 for two.” Inside, there’ll be a pair of heavily bolstered bucket seats with adjustable backrests and an F1-inspired square steering wheel. The skinny, uncluttered carbon-fibre dashboard will house two 10-inch displays: one behind the steering wheel and the other mounted in the centre console. A third screen is linked to a camera on the car’s rear bumper and acts as a rear-view mirror. 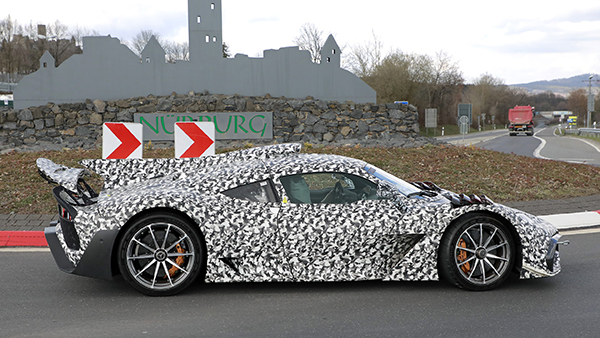 The car sits on adjustable coil-over suspension with push-rod spring struts and carbon ceramic brakes, and the traction control also has three stages of adjustability. From start-up, the system is switched on completely, but a ‘Sport Handling Mode’ raises the threshold before computer assistance steps in. For those brave (or talented) enough, the system can also be deactivated completely.