In the last four installments, Forza Horizon has taken us on virtual road trips across Colorado, Southern France, Australia, and the UK. Gamers have been excitedly speculating about the location for the next Forza Horizon game, with rumors suggesting it will be set in Japan or Mexico. At this year’s E3, we finally got the answer.

Announced during Microsoft’s E3 2021 conference, Forza Horizon 5 will be set in Mexico; the largest and most diverse open-world in any Forza Horizon game.

According to developer Playground Games, players will explore “some of the most diverse landscapes ever seen in a Forza Horizon title,” including deserts, dense jungles, and even an active volcano, which is the highest point in a Forza Horizon game to date. First introduced in Forza Horizon 4, dynamic seasons return in Forza Horizon 5. These seasons are not just superficial visual effects either as they affect the environment: during spring, jungle areas will be showered with heavy rainfall, but dry seasons will open up new areas. 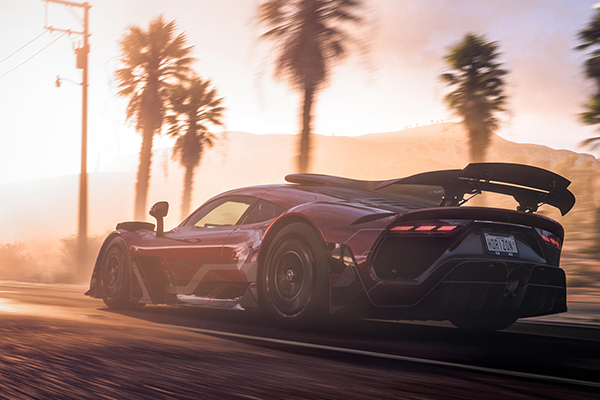 We get treated to an extended gameplay demo of Forza Horizon 5 running on Xbox Series X showing off the scale of the map, and the detail on display is jaw-dropping. In some shots, the environments and lighting look photorealistic. On Xbox Series X, Forza Horizon 5 will run in 4K resolution at 30 FPS with an optional 60 FPS performance mode, and 1080p at 30 fps on Xbox Series S.

If you haven’t upgraded to an Xbox Series console yet, you won’t miss out either because Forza Horizon 5 will also be playable on Xbox One consoles, but expect some visual downgrades. The traditional Horizon Tour will return, while Horizon Arcade introduces new challenges and minigames. There is also a new EventLab mode allowing players to create their own custom races, challenges, stunts, and game modes.

Forza Horizon 4 has one of the most comprehensive car rosters of any racing game, so it’s safe to assume Forza Horizon 5 will feature hundreds of cars to collect and drive. One of the star cars in the trailer is the 1,021-hp Mercedes-AMG One hypercar, which uses Formula 1 hybrid technology. Other cars shown in the trailer and gameplay video include the new Ford Bronco, Koenigsegg Jesko, Porsche Taycan, and Rimac Nevera.

While the next-generation Forza Motorsport game doesn’t have a firm release date yet, Forza Horizon 5 will race onto Xbox consoles on November 9, 2021.