Mercedes-AMG One hypercar was caught on public roads looking about as production-ready as a prototype can get. The new electrified flagship is expected to produce at least 1,100 horsepower thanks to a hybrid powertrain based on a turbocharged, 1.6-liter V6 engine capable of turning 11,000 RPM. 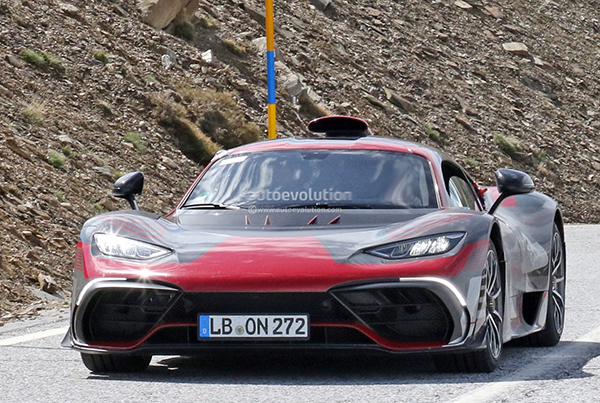 Technically, its F1-derived powertrain will be ready to be unleashed by its future lucky owners in the third quarter of 2021, after the first of batch of the limited-production 275 units will start delivers.

Until then, we can just awe at the first photos of a 2022 Mercedes-AMG One prototype in full-production specification being driven on public roads, closely followed by a Mercedes-AMG G 63. 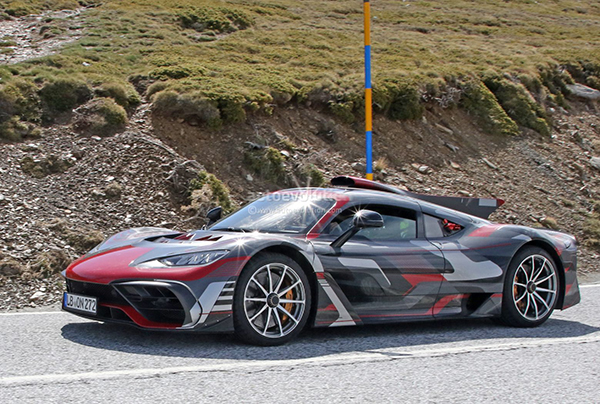 This type of images won’t be uncommon once it goes on sale, since the AMG hypercar will definitely draw its fair share of attention, likely requiring a team of bodyguards in a G-Wagen to keep any spirited car spotters at bay.

As you can see, there are a number of differences between this car and the pre-production prototypes recently spotted either breaking down or being driven on the Nurburgring in full-attack mode, with the main difference being the complete lack of camouflage, especially if you don’t consider the motorsport-inspired wrap as camouflage. 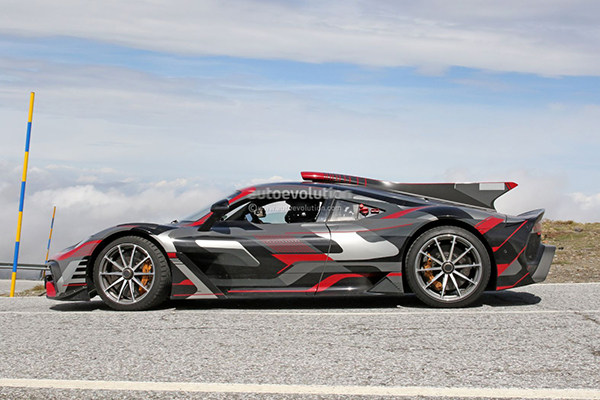 The lack of camo gives us a better view of its DRLs up front and the production taillights, not to mention that the gigantic ‘transformers rear wing’ is fully enclosed in the body, as are the front fender flaps.

Oddly enough, the driver seems to be wearing a helmet despite being nowhere near a racing track, but the pre-production prototype might not have its airbags situation sorted out yet.

The Mercedes-AMG One is powered by a modified version of the same 1.6-liter V6 that powered the Mercedes-AMG W07 Formula 1 car in 2016, when it helped Nico Rosberg clinch his first and only championship title.

Four electric motors help the turbocharged hybrid unit deliver at least 1,100 horsepower, all of them being derived from Formula 1 as well: there is an MGU-K (Motor Generator Unit-Kinetic) with 163 PS (161 hp) coupled to the crankshaft, an MGU-H (Motor Generator Unit-Heat) with 122 PS (120 hp) coupled to the turbocharger and two other electric motors, each with at least 163 PS, powering the front wheels.