We won’t delve into the black market price of a human kidney, but we think that you’re going to need a lot more than that in order to afford this Mercedes-AMG One. Heck, throw in part of your liver, some cornea, your entire life savings and then some, and you’d probably still need to negotiate. But how much is it? 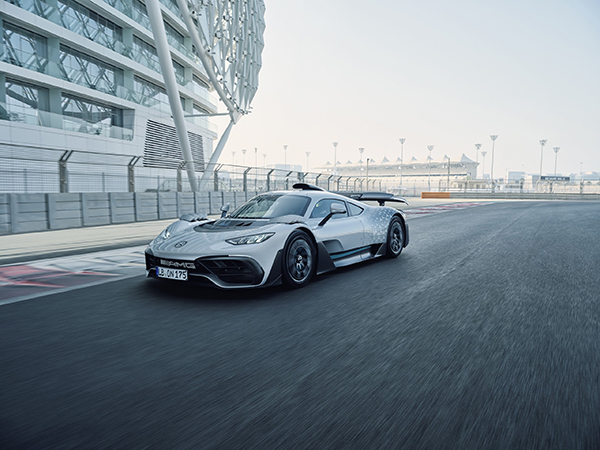 Officially, it was a $2.7-million affair back when you could still get one, because in case you forgot, all of them were spoken for. And by all of them, we mean the entire production lot of 275 units. As for the one that we are talking about today, it is much more expensive than that, because the German used car dealer behind the Mobile ad, which has some much pricier vehicles in its portfolio, but some that are cheaper, too, wants to make a small fortune off this build slot.

We won’t build up the hype anymore, as there is no need to do that, so you’d better sit down for this one. Are you ready? Here it is: €4,700,000, equaling to $4,560,160 at the current exchange rates. That’s almost $2 million more than the official recommended retail price of the F1-powered hypercar from the Affalterbach brand, and we could think of a few other vehicles that we’d get for that kind of money, which is Bugatti Chiron territory if you must know.

According to the vendor, Mercedes-AMG will ship this One to Germany, and it will become available next year. Since they haven’t said anything else about it in the listing, it probably means that you can still choose the color and other things. Nonetheless, we’d double-check everything if we were you, and sign the papers in the presence of a lawyer before transferring the sum. Just to make sure, we’d also reach out to Mercedes-AMG; after all, no one wants a seven-digit surprise, right?

Owners of the limited-production One will be able to brag to their close ones about their ride having an F1-derived powertrain. We’re talking about a mid-mounted 1.6-liter V6, with an electric turbocharger, direct injection, port injection, and four overhead camshafts. It can be revved all the way up to 11,000 rpm, works in concert with a seven-speed automated manual transmission, and is backed up by four electric motors.

Not many people who can afford to blow that much money on a set of wheels are probably interested in the fuel consumption, but here it is anyway: 27 mpg U.S. (8.7 l/100 km). It emits 198 g/km of CO2, and it feels at home in crowded cities too, because it can be driven on electricity alone for 11.2 miles (18.1 km), Mercedes-AMG says, upon selecting the proper driving mode out of the six available. Production kicked off two months ago, in Coventry, UK, which is where all of them will come to life.

Now, if you had a budget of well over $4 million for a car, what would you buy and why? For me, it would likely be more than one, because no true petrolhead could settle for a single set of wheels, right?