It’s safe to say that Daimler’s Mercedes-AMG GT “experiment” was a huge success. I can still remember the carmaker saying all those years ago how they’d like to grow the AMG GT range over time in the same way Porsche had done with the 911 range. 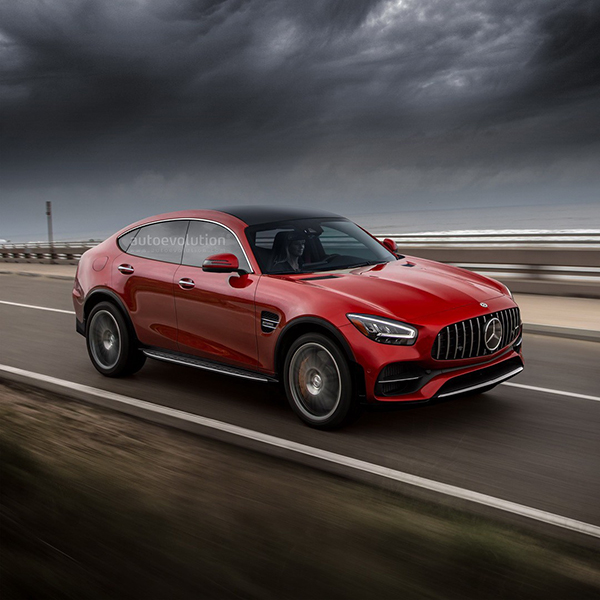 Well, guess what? They’ve succeeded in doing that. The Mercedes-AMG GT range has expanded to include multiple body types, specifications and special edition iterations. What started off as somewhat of an experiment has already morphed into a well-known quantity.

Looking back, failure was never an option for Mercedes, as the AMG GT had everything going for it, from the styling to the performance and its excellent overall driving characteristics. Let’s run through some of the iterations, starting with the original AMG GT and GT S specifications. They paved the way for the AMG GT C, which was followed by the epic AMG GT R.

It wasn’t until the 2019 model year that a four-door version would arrive in the Mercedes-AMG GT 4-Door Coupe, which would eventually become available with a hybrid power unit in E-Performance spec. Anyway, this got us thinking – if you can expand a sports car line-up to include four-door models, why can’t you jack it up a bit and make a coupe-style SUV?

There’s literally no reason why Mercedes couldn’t do this and I’m pretty sure they’ve already considered it. If I had to guess though, I’d say the German carmaker doesn’t want to interfere with current Mercedes-AMG GLC 43/63 Coupe and Mercedes-AMG GLE 63 Coupe sales. But that could change any day, especially since they’d be creating a whole new segment, forcing the likes of BMW and Audi to respond accordingly.

Technically, BMW is already exploring alternative ways to entice sports luxury SUV buyers with the all-new XM, but they build that as a standalone model, whereas an AMG GT SUV would be undoubtedly based on the 2-door coupe and 4-door coupe variants in terms of design language and general affiliation. 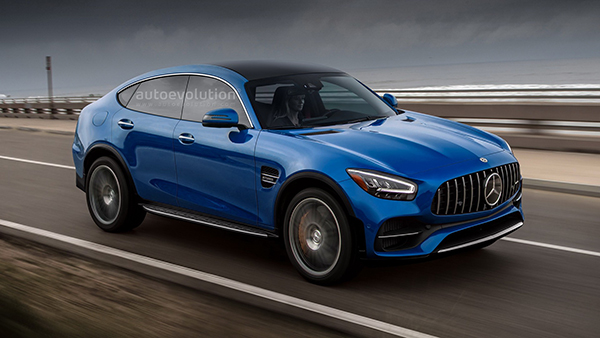 Let’s now consider such a vehicle and what it might look like. We can start by analyzing our exclusive rendering of the AMG GT SUV, which is obviously reminiscent of a GLC Coupe. It would be difficult to avoid such a comparison if what you’re aiming for is a straightforward GLC 63 S Coupe alternative, with more power, a better interior and, of course, a price tag worthy of such accolades.

Then again, that’s just one way to do it. Another way would be for Mercedes-AMG to do what Ferrari just did with the Purosangue, which isn’t what you might call a traditional SUV, but rather a rugged luxury fastback that also happens to look like a Ferrari Roma.

Dare I say, that would be a more appealing direction to take with such a vehicle, because not only would you have something that’s more original, but you’d also differentiate it from the GLC Coupe or the GLE Coupe. I’m mentioning both of these models because realistically, there’s no telling how big a hypothetical AMG GT SUV might be, segment-wise.

As for means of propulsion, I could see it with some sort of hybrid or plug-in hybrid setup, maybe even battery electric.

It’s funny how even though we have no reason to believe Mercedes-AMG is working on such a car, if I had to bet money on it, I’d say it’s more likely that it gets made (eventually), as opposed to not.