Rapper Sauce Walka is showing everyone that he’s not always driving pink cars. But as he switched up to his white Mercedes-AMG GT 4-door Coupe on his way to a concert, he was hit by a Chevy truck. 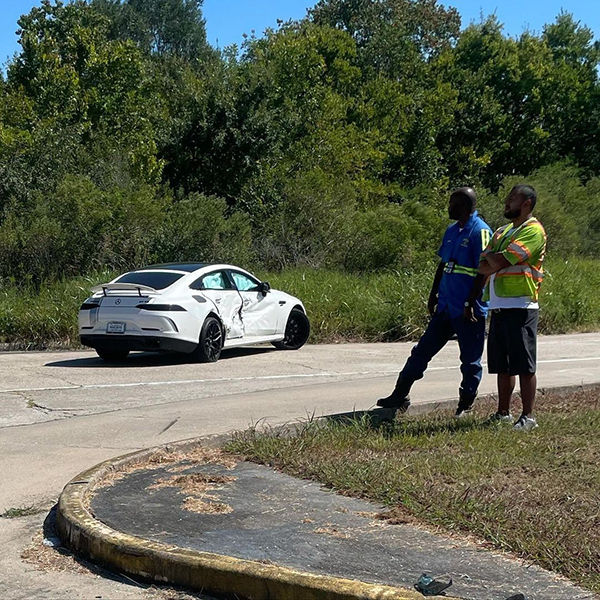 It doesn’t matter how much money you have, being involved in a car crash is always horrible. Rapper Sauce Walka took to social media on Sunday, October 2, to reveal he was just involved in an accident. He explained that he was on his way to a concert at the moment of the incident, writing: “Sorry to all my Las Vegas fans. I can’t make it to my show tonight,” adding that someone “ran a stop sign and hit my GT this morning on my way to the airport.”

He further explained that he was okay but that he has “some small neck and leg injuries,” which lead him to go to the hospital. But they cleared him soon after, and he was able to check out. He added that he would be okay, but he was mad that he had to miss his concert in Las Vegas, Nevada. Plus, he was pretty upset about the car, too, which sustained damage on the passenger’s side, showing the airbags deployed. 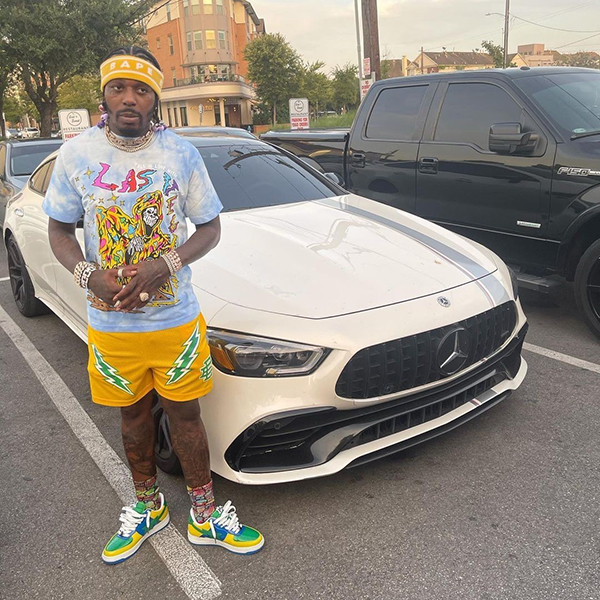 Sauce Walka also added pictures of the other driver’s car, a black Chevrolet Avalanche, also quite damaged. The rapper didn’t share whether the other driver sustained any injuries, but, from the looks of it, only their cars had to suffer. Now, the other driver has to tell his insurance company that he has to cover the costs for Sauce Walka’s Mercedes-AMG GT 4-door Coupe’s repairs.