It began with an idea that seemed to be beyond reach. Formula 1 technology brought to the streets. The ONE and Only Mercedes-AMG ONE.

Advertised as “Formula One technology brought to the streets,” the almost two-minute introductory video has Susie Wolff behind the wheel.

The British former professional racing driver, who is currently the CEO of Formula E’s Venturi Racing and a brand ambassador for Mercedes-Benz, was among the first to take it out for testing.

On her Instagram Stories, Wolff wrote: “Out on track with the DRS open, we clocked 290 kph (180 mph).” She added, “the adrenaline was once again pumping.” In the official video, we see Susie Wolff try out the hypercar on track with a helmet. She stops, takes out her helmet, and proceeds to take it to the streets. 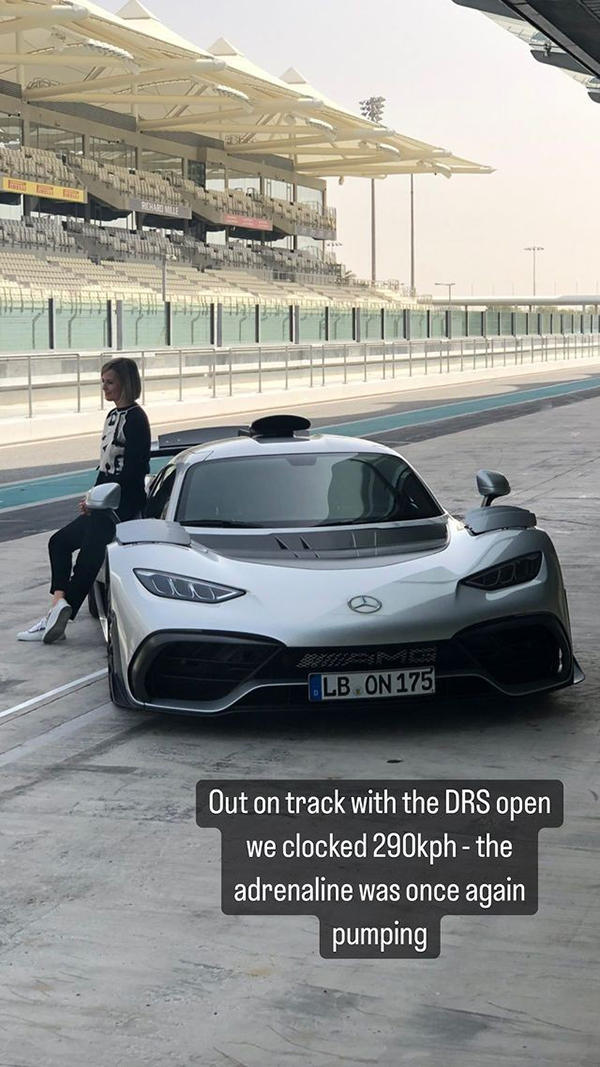 Leaning against the newly unveiled, highly anticipated Mercedes-AMG One, Susie Wolff, who is also Mercedes-AMG Petronas F1 Team Principal, Toto Wolff’s wife, wrote: “The @mercedesamgf1 technology that made us all so proud over the last 8 years in a road car. From the race track to the streets… it was pure joy.”

With such a car, we have to also speak about its powertrain. The Mercedes-AMG One comes with a mid-mounted 1.6-liter V6 engine sourced from the company’s Formula One car, producing 566 horsepower alone. But that’s not all, because it works alongside four other electric motors, one integrated on into the turbocharged, one mounted on the crankshaft, and two more driving the front wheels, delivering a total of 1,048 horsepower (1,063 ps).