Mercedes-AMG One: Hockenheimring onboard

We first saw the Mercedes-AMG One in 2017 when Mercedes-AMG announced a limited production run of hypercars that would use powertrains derived from their F1 program. The difficulties of transforming a race-bred F1 engine into a powertrain suitable for road use were no easy task. It took years of engineering and development to produce a reliable powertrain that produced impressive performance while remaining compliant with emissions regulations.

The Mercedes-AMG One’s engine will be built in the same AMG engine factory in Brixworth that builds the engines used in F1. The combined output of this hybrid hypercar is a mind-bending 1,049 horsepower (782 Kilowatts). Mercedes-AMG states they cannot provide a final torque figure due to the complexity of the drivetrain. 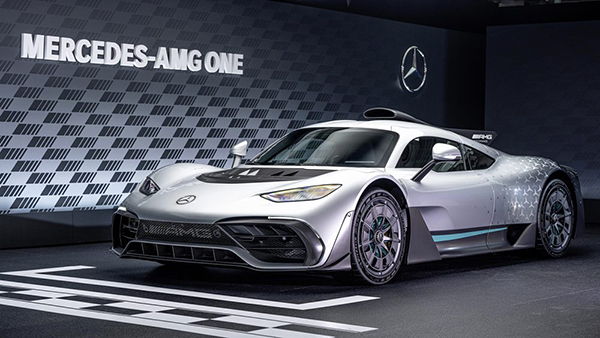 At the heart of the drivetrain is a turbocharged 1.6-liter V6 engine known as PU106C that revs to 11,000 rpm and produces 574 horsepower (428 Kilowatts). The use of an MGU-H will eliminate turbo lag for this V6 engine similar to an F1 car.

To back up this impressive drivetrain the larger carbon fiber Mercedes-AMG One uses a complex push-rod suspension setup similar to the system found on F1 cars. There’s also a host of active aero features the Mercedes-AMG One benefits from that are illegal in F1. The Mercedes-AMG One even features a DRS mode to give drivers more speed on straights during track driving.